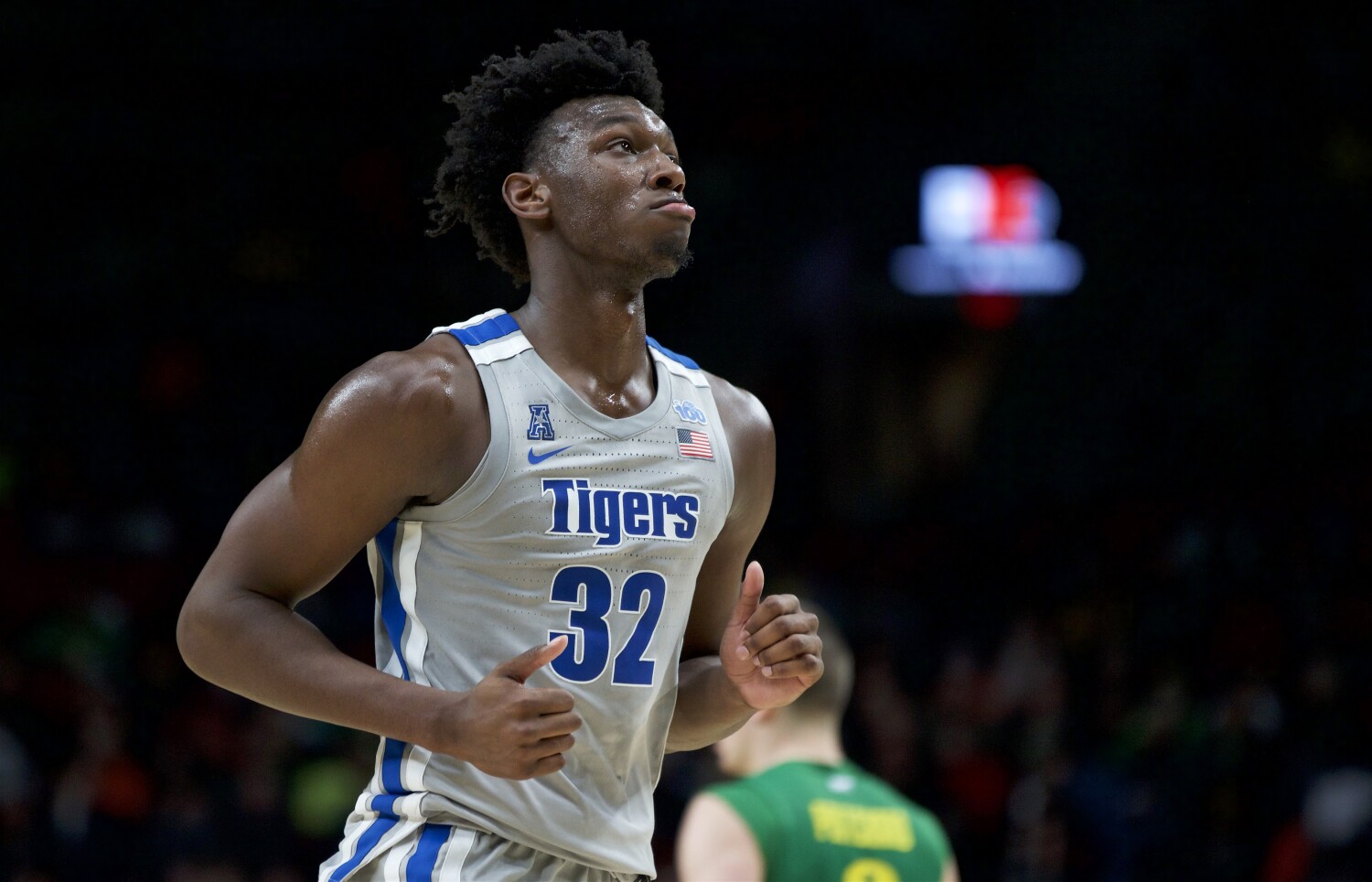 James Wiseman could very well be the first player selected in Wednesday’s NBA draft. For months, the 7-foot-1 center out of Memphis has been regarded a likely No. 1 selection.

If that happens, though, it nonetheless might register as a surprise to Wiseman.

On a videoconference with reporters Monday, Wiseman said he had worked out for only two teams in the lead-up to the draft: Golden State, which will pick second, and Charlotte, which drafts third. Conversations with Minnesota, owner of the first pick, have been limited to receiving what he called “recommendations.”

“In terms of talking to them, I haven’t,” he said.

Like the rest of his draft class, Wiseman is waiting to hear his name called after the longest wait in draft history when the COVID-19 pandemic pushed the draft back from its traditional late-June date.

On Wednesday night, however, no top prospect will have gone longer between games than the 373 days Wiseman will have waited since his freshman season with Memphis officially ended after just three contests and 69 minutes of play.

Wiseman was ruled ineligible by the NCAA because of an $11,500 payment made by Penny Hardaway to Wiseman’s mother in 2017, before Hardaway became the Tigers’ coach. The NCAA considered Hardaway a Memphis booster at the time of the payment because of his previous donations to the school and upon Hardaway’s hiring by the Tigers, the payment became regarded as an improper benefit. Wiseman was suspended for 12 games. By mid-December, before the suspension had been fully served, Wiseman announced he was leaving school to prepare for a draft in which he was considered a top pick.

“This situation that happened in college it made me way more mature, it made me more mentally tough, because I’m already mentally tough, but it just created a chip on my shoulder just to get better,” Wiseman said. “Just to figure out that life is not always easy. It’s always ups and downs.”

Such an abbreviated college career, which included averages of 19.7 points, 10.7 rebounds and 3.0 blocks plus 76% shooting, has not dimmed his draft prospects. Along with LaMelo Ball and Anthony Edwards, Wiseman is one of a small handful of players who have been rumored for months to be in the running to be selected first overall.

“He’d instantly be one of the better rim runners in the league,” Hardaway told NBC Bay Area in October. “He’s also a rim protector; he is going to protect the rim. His skill set is good enough now, and it’s going to get better.”

The team selecting at the top may or may not be Minnesota, as discussions of a potentially trade-heavy first round have persisted in the days leading up to the draft.

After a workout, the Hornets asked Wiseman over dinner about his fit with their team and his character. The Warriors also wanted answers about how Wiseman saw himself contributing, “and just ask me questions like, would I be willing to go in there and work my tail off? Which I will, because I have a great work ethic.”

While referencing the saga of his freshman season, Wiseman repeatedly offered that he will be grateful to play again, no matter when he is chosen.

“Any team that needs a center, I can be able to provide, run the floor, blocking shots,” he said.

He added, later: “I just came through a lot of stuff. So just being at that moment is going to be a great moment for me.

When asked about his audition for Golden State and the prospect of playing alongside a championship-tested core of Stephen Curry, Draymond Green and Klay Thompson, he said a Warriors career could raise his ceiling.

Catholic school problem: No meat at Friday football in spring

Around the world with ‘The Beard Bros,’ the former USC volleyball players now on ‘Amazing Race’