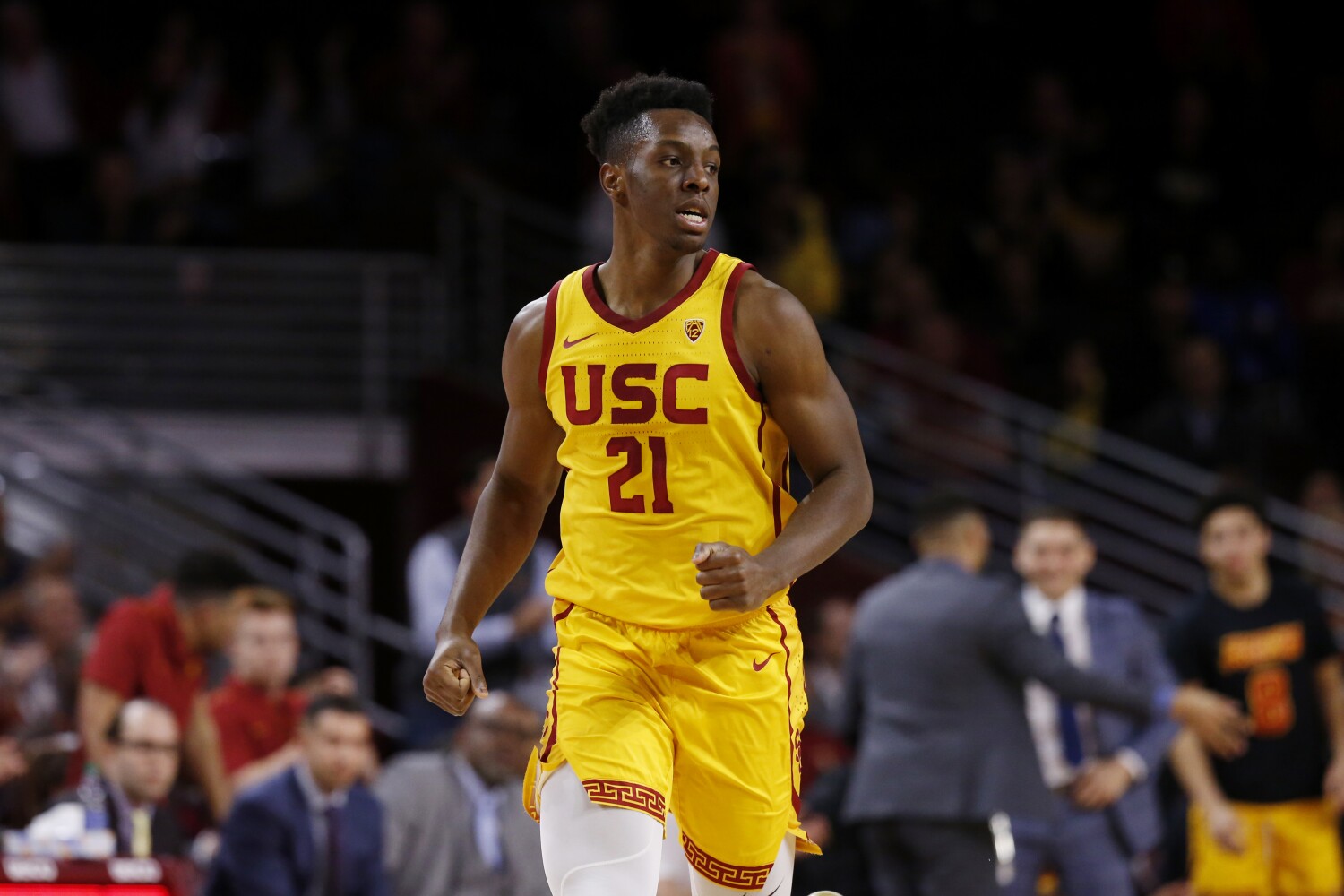 Since they first met each other in Chino Hills at 10 years old, LaMelo Ball and Onyeka Okongwu have looked forward to the moment when their professional basketball dreams would be fulfilled.

That occasion will arrive nearly a decade later during the NBA draft on Wednesday. But the former high school teammates did not share the same path to realizing that ambition. Even after Ball departed Chino Hills at 16 to produce highlights from leagues in Europe and Australia, there still was a reason to show up at his former high school’s games: Okongwu.

After one of the most impressive freshman seasons in USC history, followed by an eight-month wait because of the COVID-19 pandemic, the 6-foot-9, 245-pound center could join Ball among lottery selections in the draft. And Okongwu said he feels “more confident about everything in my game.”

“Me and Melo used to watch Chino Hills play all the time with my older brother and Lonzo on the team,” Okongwu said Friday. “Definitely playing with them my first year of high school was fun. Playing with them, I just learned to rebound the ball a lot. Defend a lot, block a lot of shots, rim run. All the things I learned from my first two years really translated to the rest of my life playing basketball.”

The evolution of his game continued well after Ball departed. During a pandemic-shortened freshman season at USC, Okongwu needed only 28 games to block 76 shots — fourth most in Trojans history. Okongwu also led the Trojans in points (16.2) and rebounds (8.6). Those averages ranked fifth and third by a USC freshman.

USC hasn’t produced a lottery pick since DeMar DeRozan in 2009, but some projections have Charlotte taking Okongwu as high as third overall; most others place him between the fifth and 10th picks.

“At USC, he was the man. What’s scary about that situation is he was still deferring so much,” former Chino Hills High coach Steve Baik said. “He’s always a team player and no selfish bone in his body and was able to be effective without having the ball in his hands. I see him as being able to be productive as much as the mobile and skilled centers in the game.”

One such player in the NBA is Miami’s Bam Adebayo, and Okongwu said he has patterned his style after the 6-9 center, one of last season’s breakout stars while leading the Heat to the NBA Finals against the Lakers. Watching Adebayo develop from more of a traditional big man into one who often initiates Miami’s offense led Okongwu to prioritize improvement on his ball-handling and shooting skills during the pre-draft process.

“I just want to be a player like Bam,” Okongwu said. “Bam is my size, similar athleticism. Took him a while to really be that All-Star player he is in year three [of his career]. I can definitely do that whole development process and be a style of player like Bam is.”

One NBA scout viewed such a comparison with reticence, saying Okongwu’s offense is more post-oriented and that Adebayo sets an exceptionally high bar. Yet the scout added that Okongwu’s combination of defensive rebounding, shot-blocking ability and age — he’ll be 19 when training camps open Dec. 1 — rightfully has him rising up draft boards.

“Obviously people are going to score but overall no one really outworked me, outbattled me,” Okongwu said. “I just feel like my physical gifts help me against big bruisers. I move well on my feet to guard smaller players. I don’t feel like anyone really absolutely dominated me this season.”

Okongwu also made 72% of his free throws, a touch that suggested his potential to expand his shooting range to include corner three-pointers.

“No matter what team in the NBA, I feel like I can fit anywhere due to my versatility defensively and my offensive upside and potential,” Okongwu said.

LeBron James: Toughest part of pandemic was not seeing mom