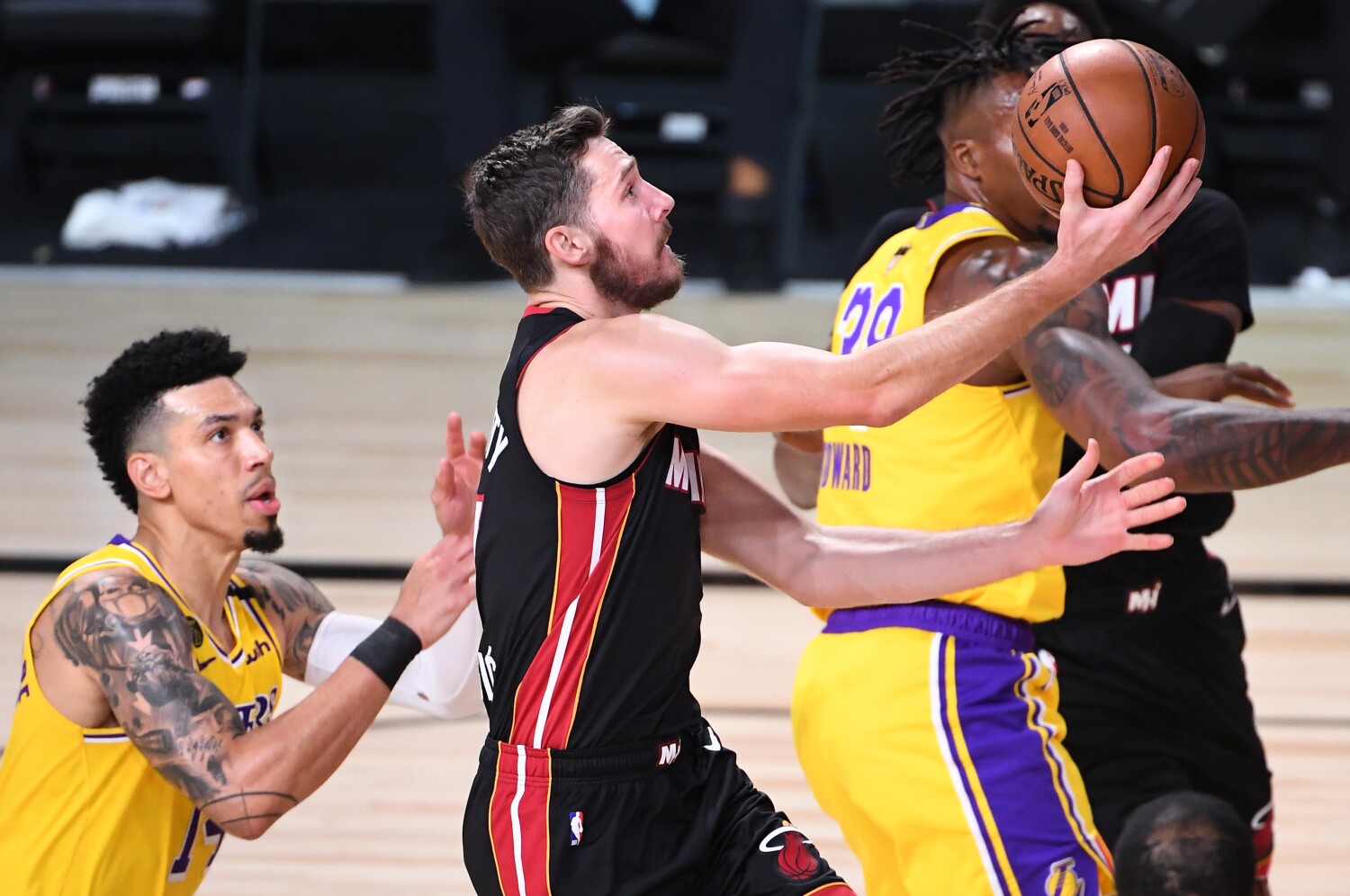 Meanwhile, sharpshooting forward Danilo Gallinari will be joining the Atlanta Hawks after agreeing to a three-year contract worth $61.5 million, according to multiple media reports. Gallinari averaged 18.7 points for Oklahoma City last season and is a 38% career shooter from thee-point range.

The NBA free-agency period began at 3 p.m. PST, and moments later the two veterans confirmed they each had a two-year deal to stay in Miami, which will hold a club option on the second year of each contract.

“Happy to be back,” Dragic told the Associated Press. “That was my plan, to come back, but in this crazy business you never know.”

Also returning to Heat: center Udonis Haslem, a Miami native who has played on all three championship teams.

“I wanted nothing more than to come back to Miami. Literally nothing more,” Leonard told the AP. “I felt so damn blessed to feel at home right away and feel that way all year long. From top to bottom, Pat to Spo, Jimmy to Bam, Goran to UD and the rest of my teammates, something just felt so right. There’s just no other way to put it.”

Dragic will be entering his seventh season with the Heat after averaged 16.2 points last season, when he was a reserve during the regular season. He became a starter again in the playoffs and tore his plantar fascia in Game 1 of the NBA Finals against the Lakers, an injury that hurt Miami’s chances.

No deals can be signed until 9:01 a.m. PST on Sunday, and many of the biggest available names — such as the Lakers’ Anthony Davis and Fred VanVleet, who has seen his star rise meteorically with the Toronto Raptors — did not make immediate decisions.

— Point guard De’Aaron Fox and the Sacramento Kings agreed on a max deal, agent Chris Gaston said. It’s a five-year pact that will pay Fox $163 million, and that figure could rise to nearly $200 million if Fox makes an All-NBA team or receives other league honors.

— Joe Harris agreed to re-sign with the Nets, keeping one of the NBA’s best shooters in Brooklyn. Priority Sports, which represents Harris, announced the deal on Twitter. ESPN reported that Harris would get $75 million over four years.

— Davis Bertans is staying with the Washington Wizards on a five-year deal worth $80 million. Bertans, a 6-foot-10 forward from Latvia, averaged 15.4 points in 54 games last season.

— Jerami Grant is headed to the Detroit Pistons on a three-year, $60 million deal, player representative Mike Kneisley of The Neustadt Group said. Grant is coming off a season in which he averaged 12 points for the Denver Nuggets, who wanted him back.

— The Pistons also agreed to a pair of deals at center: a three-year contract with Mason Plumlee and a two-year pact with Jahlil Okafor.

— Guard Facundo Campazzo of Argentina agreed to a two-year deal with Denver. The New York Times first reported the agreement between Campazzo and the Nuggets. The 5-foot-10 Campazzo has played in the Olympics twice, the Basketball World Cup twice, has a pair of EuroLeague championships and is known for passes that are spectacular.

— The Minnesota Timberwolves reached a $60-million agreement with restricted free-agent shooting guard Malik Beasley that’s for three years plus a team option for a fourth year.

— The Dallas Mavericks and guard Trey Burke agreed on a three-year, $10-million contract.

— Orlando and guard Dwayne Bacon agreed on a one-year deal for about $2.5 million this coming season. The Magic hold a team option for 2021-22.

— Derrick Jones Jr., the league’s reigning Slam Dunk champion, agreed to a two-year deal with the Portland Trail Blazers. The Athletic first reported the agreement. Jones was a major part of Miami’s rotation for the last two seasons.

The Associated Press and internet reports contributed to this story.

Rams-Seahawks has different look but same effect in NFC West