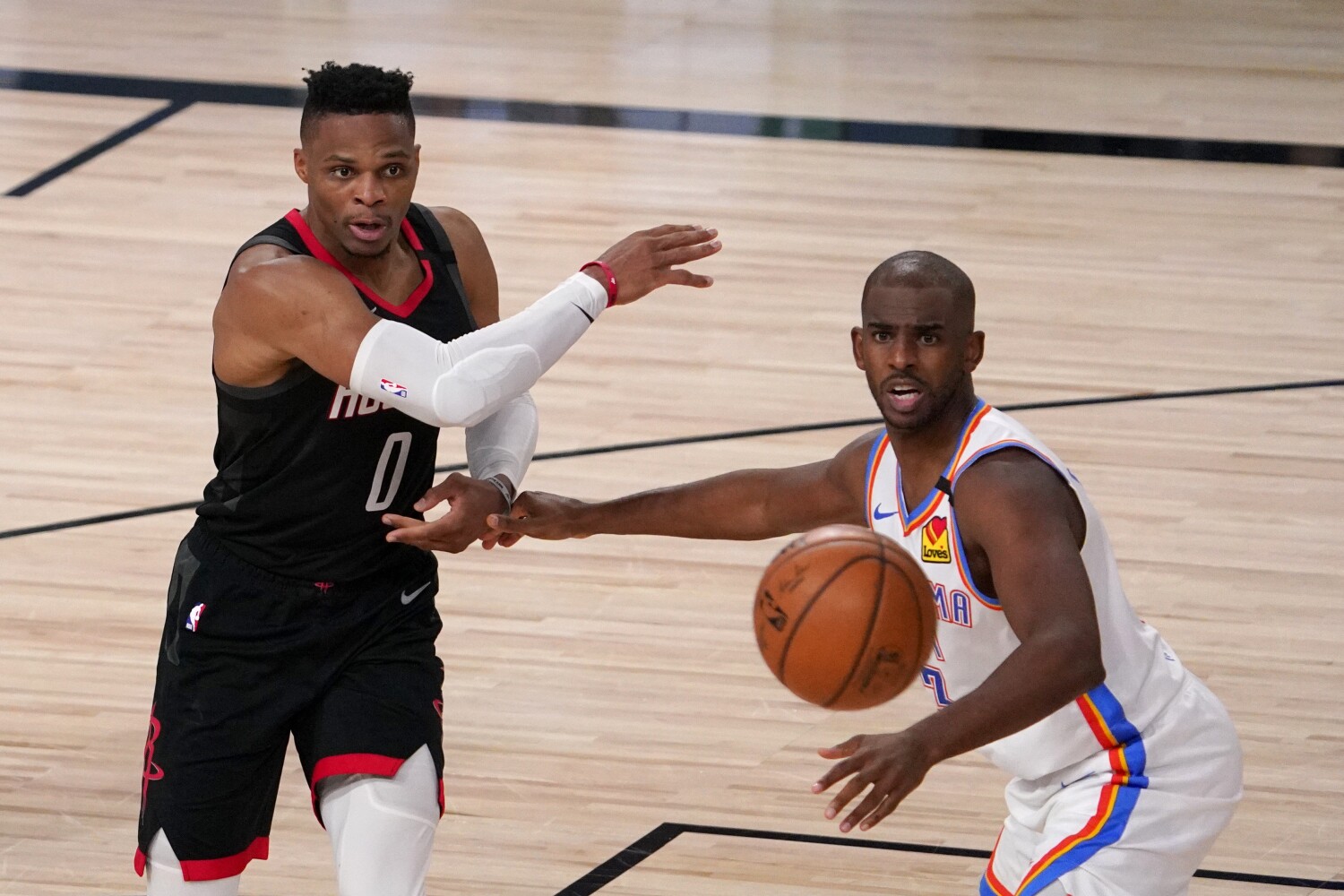 Chris Paul to the Phoenix Suns? James Harden to the Brooklyn Nets? Jrue Holiday to the Denver Nuggets?

Trade fantasies that NBA fans have been dreaming about can finally become realities Monday at 9 a.m. PST, with the league ringing the bell and officially opening the transaction market ahead of Wednesday’s NBA draft, according to people familiar with the NBA calendar.

Monday begins a week when the league will rapidly change over the course of seven days, a period in which teams and players can exercise contract options, trades can happen, a new draft class gets selected and free agency gets underway.

The condensed offseason is all in service of the pandemic-delayed 2020-21 season, which opens with training camps beginning as soon as Dec. 1 and games on Dec. 22.

The Lakers already got a jump on things by agreeing to a trade for Oklahoma City guard Dennis Schroder. The Clippers are expected to be involved in some trade discussions for players such as Paul, though their asset-strapped cupboards might force them to consider someone more problematic such as Russell Westbrook.

Other teams that could be active in the upcoming week include Golden State, San Antonio, Chicago, Denver, Brooklyn, Milwaukee and Phoenix.

It’s all the start of what should be a unique NBA season, with the league fighting the COVID-19 pandemic with an altered 72-game schedule.

According to people familiar with the plans but not authorized to speak publicly, the NBA has a tentative schedule for the upcoming season, with an All-Star break coming March 5-10 even though no traditional All-Star weekend or game will take place.

The league also has plans for a play-in tournament for teams seeded 7-10 in each conference, with the lower-seeded teams needing to beat the higher-seeded teams twice to advance.

The play-in tournament is scheduled to begin May 17, one day after the regular season ends. The format still needs to be approved by the NBA’s Board of Governors, which is expected to happen.

The playoffs are set to begin May 22. Game 7 of the NBA Finals could happen on July 22, one day before the start of the 2021 Tokyo Olympics.

Here are the key dates:

May 22: First round of playoffs begin