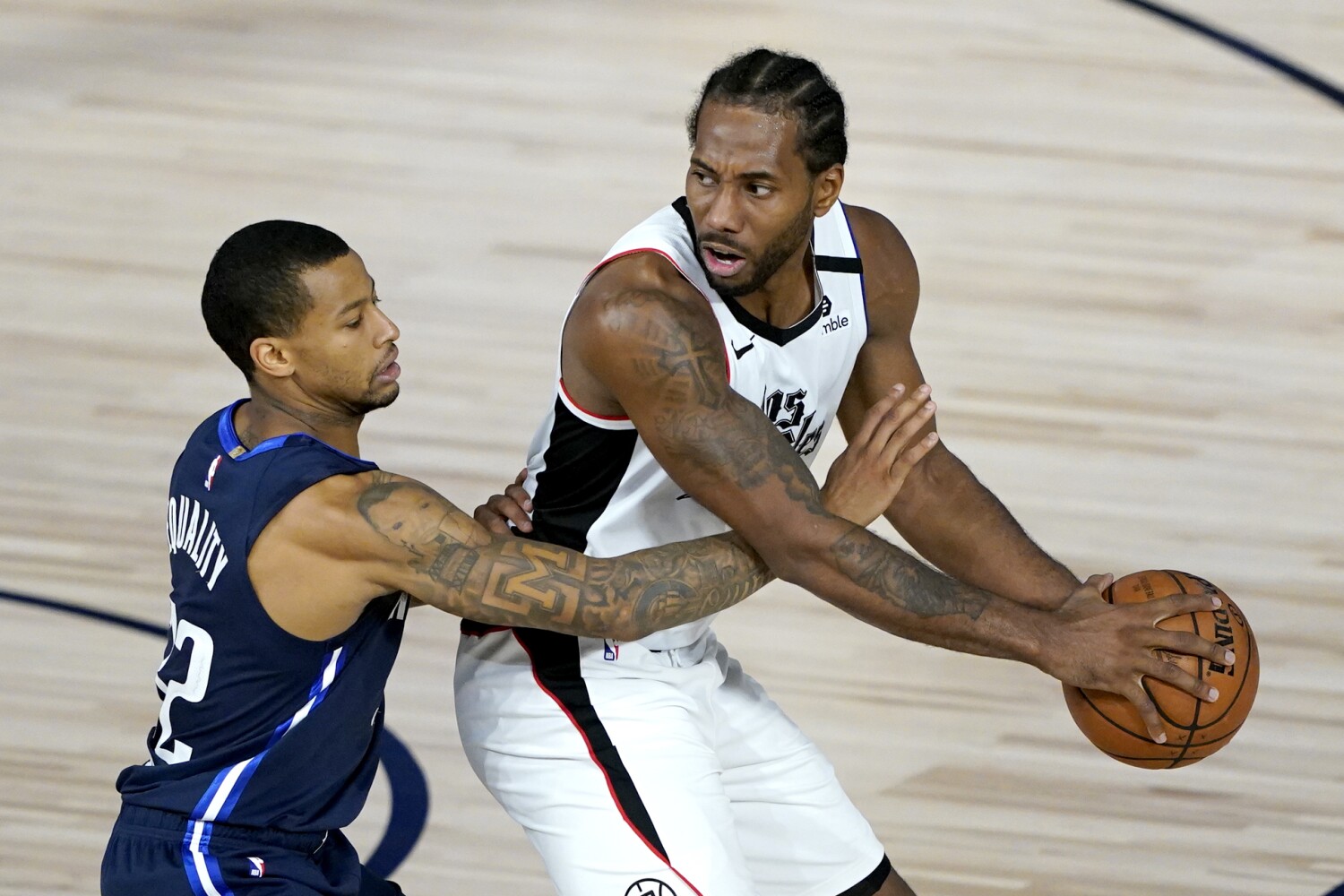 It’s as if the NBA bubble just got a fresh wipedown with Windex.

The Clippers’ win against Denver last night locked them into the No. 2 seed in the Western Conference, giving as clear an idea of the upcoming playoff picture as we’ve had since the return of the league two weeks ago.

With the seeding games ending Friday, here’s where it stands:

As mentioned, the Clippers have locked themselves into the second-best record in the NBA, meaning they’ll take on the Dallas Mavericks in the first round of the playoffs. The Mavericks have one of the league’s best offenses, but the Clippers have beaten Dallas in all three meetings this season.

Denver is the No. 3 seed and will face the Utah Jazz. The Nuggets should have a massive advantage when it comes to depth, though Donovan Mitchell and Rudy Gobert have proven to be pesky in the postseason.

Houston and Oklahoma City also will meet in the first round in what might be the most anticipated series. Chris Paul and Russell Westbrook were traded for one another before the season, which should add plenty of spice to a tightly contested series.

And, as reported last week, the top seeded Lakers are in the strange position of being the only team in the NBA who doesn’t know who they’re playing. The race for the No. 8 and No. 9 spots — those teams will compete in a play-in tournament beginning this weekend — is the league’s tightest.

Per the NBA, here are the scenarios for the No. 8 and No. 9 seeds (they’re complicated):

The Milwaukee Bucks, owners of the NBA’s best record, will see the Orlando Magic in the first round. The Bucks are the first No. 1 seed in league history to play an entire series in their opponent’s home city.

Toronto, a championship favorite of a lot of NBA insiders, will take on the Brooklyn Nets as the Raptors begin defense of their title. Brooklyn’s been one of the surprises of the restart, but as with the Magic, they’ll be big underdogs.

The Celtics will renew their rivalry with Philadelphia, though the series will be less interesting with Ben Simmons sidelined because of a knee injury. Boston has been one of the best teams in Orlando and could be a threat to beat favorite Milwaukee in the East.

The Miami Heat and the Indiana Pacers will be the 4-5 matchup, though, as in the West, the seeding for the two teams hasn’t been determined. With no homecourt advantage on the line, though, having the higher seed won’t matter.

How ‘Athlete A’ could change Olympic gymnastics

Clayton Kershaw to miss opening day; Dustin May gets the start