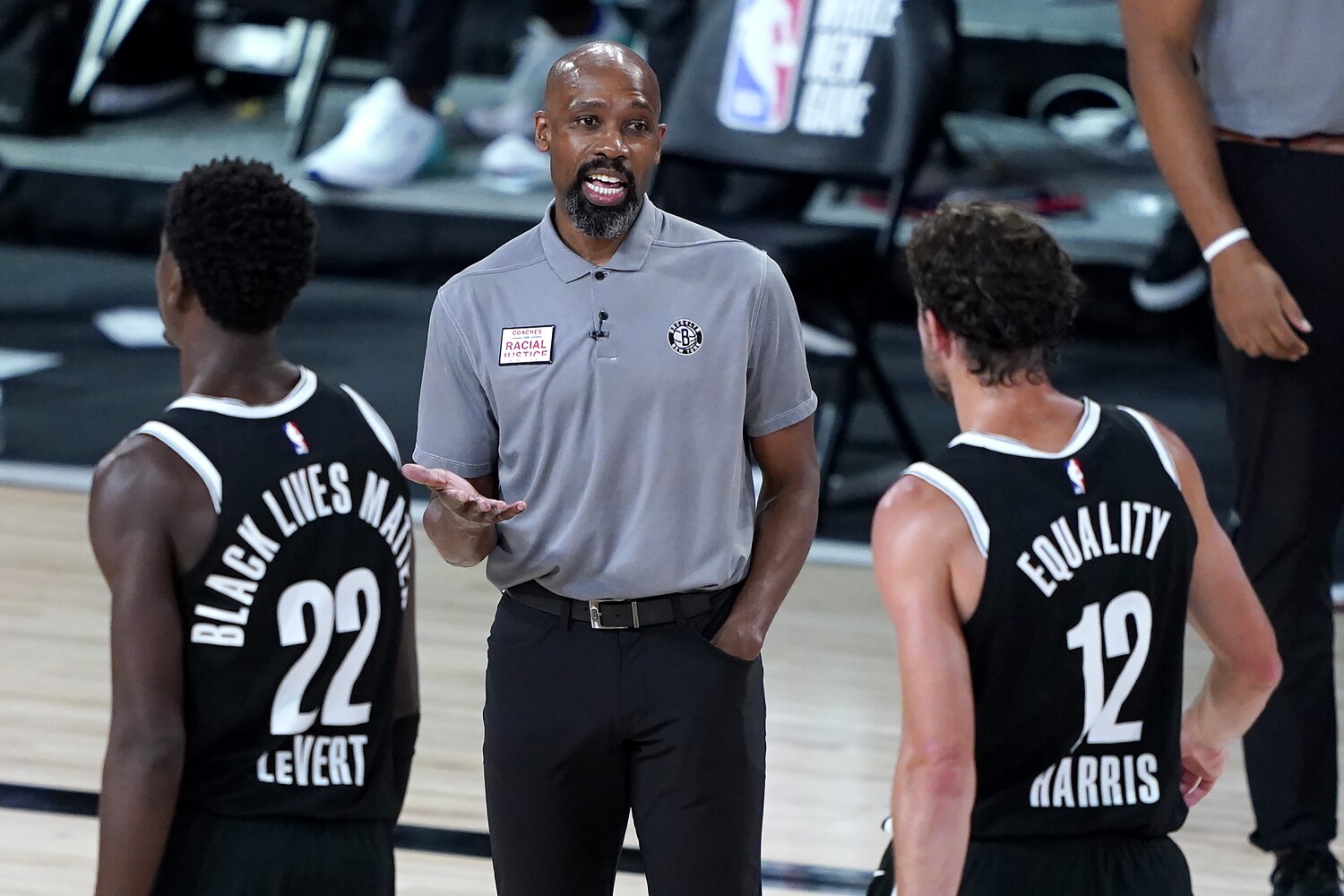 We probably shouldn’t get too used to it. Changes are coming.

The lovable underdog days of the Nets are numbered, with league sources, including those familiar with the Nets and the Spurs, expecting Brooklyn to explore bringing the NBA’s biggest coaching name — Gregg Popovich — to the Nets’ sidelines.

Brooklyn, according to sources, almost certainly will be unsuccessful because the Spurs coach’s legacy is so closely tied to San Antonio, where he’s built a life and a legacy over the past two decades. Plus he’s under contract. There’s a “never say never” element according to one NBA executive, but it’ll probably never happen.

Brooklyn general manager Sean Marks played for Popovich and began his post-playing career as a coach and, later, as an executive with the Spurs. Marks addressed rumors about Popovich and Brooklyn in a radio interview in early July.

“Pop has a job. So, I will say that,” Marks told WFAN in New York. “And, obviously, we all know he’s an amazing, amazing coach, and to be quite frank, an even better leader. So, I’ll let Pop continue to coach for the Spurs. He owes it to them and they owe it to him. I’m sure he’s quite happy there.”

Asked Thursday whether or not he’d be back to coach the Spurs next season, Popovich said, “Why wouldn’t I?”

But Brooklyn’s interest in the biggest possible splash they could make speaks to the direction the Nets believe they’re headed — a direction that has demands with Kyrie Irving and Kevin Durant on the roster. This is a big-time job for a team with big-time aspirations, a job that the Nets seems destined to hand to a big-name coach.

Vaughn replaced Kenny Atkinson (ironically, the kind of name you’d expect on a Nets’ list had they not been the ones who made him available) just days before the season shut down. He’s won seven of 10 games, including a pre-pandemic victory over the Lakers and a bubble win over the Clippers.

Despite being as undermanned as any team in the bubble — Brooklyn’s playing without Irving, Durant, DeAndre Jordan, Spencer Dinwiddie and Wilson Chandler — they’ve gone 5-3, with one of those losses coming by a point to Portland in a game the Trail Blazers desperately needed.

The Nets are big underdogs against Toronto in the first round, with the Raptors offering a reminder that the “big name” isn’t always the best. Before last season, the Raptors replaced coach of the year Dwane Casey with Nick Nurse, who coached his biggest wins in the NBA’s minor league and in Britain’s majors. Two years later, Nurse is regarded as one of the best coaches in the league.

Recapturing what the Nets have developed under Vaughn, even if Brooklyn decides to remove the interim tag, is going to be difficult. Caris LeVert, a scorer with Jamal Crawford-style and creativity, won’t possibly have the same freedom with Durant and Irving on the court. And re-signing Joe Harris, the Nets’ second-best player in the bubble, won’t be easy considering the demand for his sharpshooting (plus the big bump to Nets’ luxury tax his new salary would produce).

But maybe even more importantly, it will be hard recapturing the attitude of a team that’s been counted out and buoyed by inspired fringe players performing with freedom and ferocity.

A hundred times out of a hundred, you trade pluck for players and “try hards” for talent. And that’s what the Nets will do next season. It’s not wildly dissimilar to the changes the Clippers underwent last offseason, taking a team that built tremendous goodwill with its relentlessness and transforming it to one with championship aspirations.

The trick is keeping things that worked before the talent arrived and shaping them around the stars. Atkinson and this year’s pre-bubble Nets couldn’t do that with Irving.

There are reasons to think Vaughn has done more than enough to earn an opportunity to mesh this underdog spirit with the front-line talent of Irving and Durant. But because of Brooklyn’s apparent desire for a big name, Vaughn might not get the shot.

NBA free agency: Drama with Dwight Howard is a natural