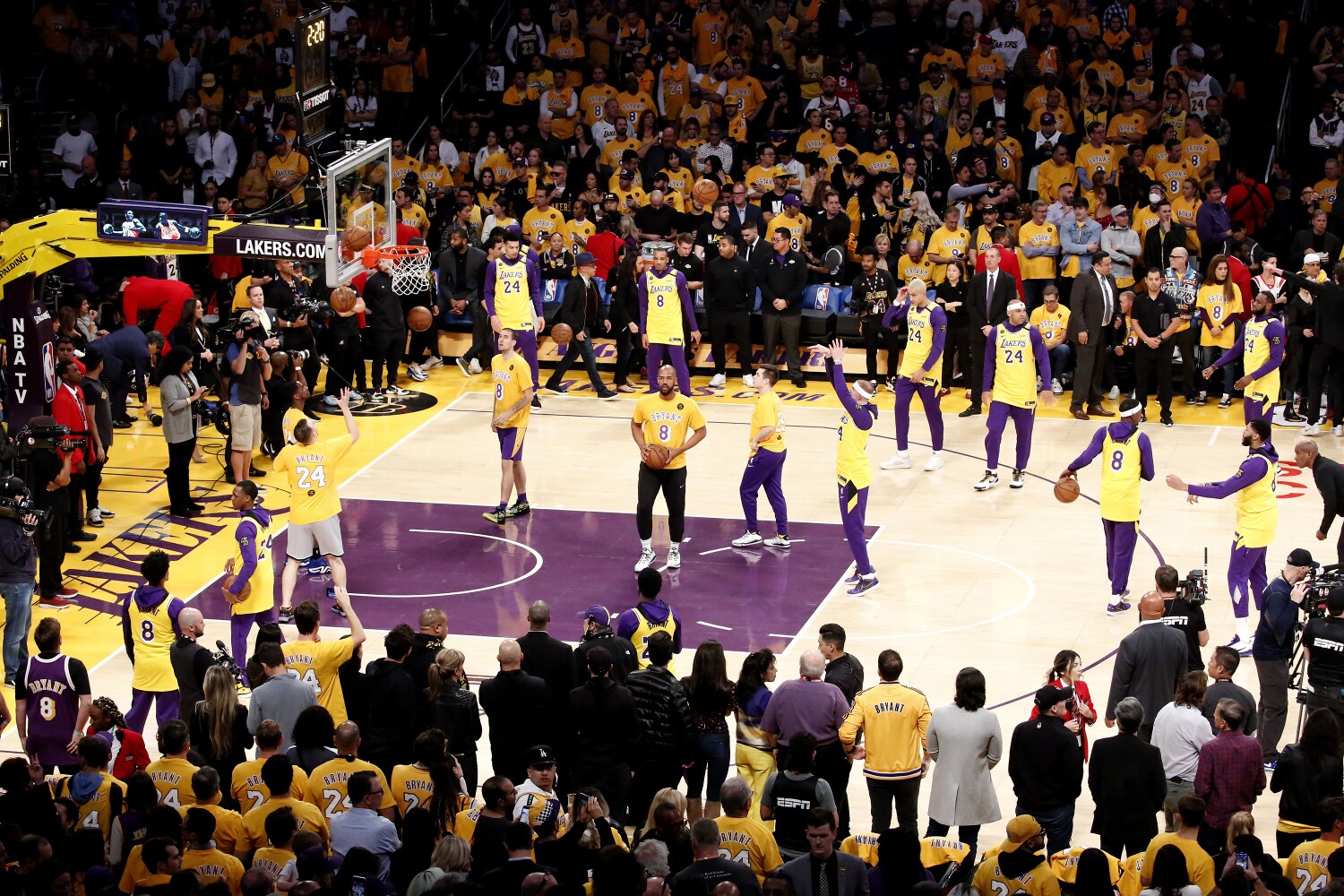 The NBA is returning in December, but fans will not immediately be coming back to Staples Center.

Lakers home games will be played without fans until further notice, the team announced Wednesday, a decision it said was based on guidance from state and local health officials. The Clippers have yet to formally announce their own plan but a person with knowledge of the situation said that the team also does not expect to begin the 2020-21 season with fans in the arena for home games.

The NBA regular season is slated to begin Dec. 22, just 71 days after the Lakers won the franchise’s 17th championship in Orlando, Fla., as part of the league’s “bubble” on the Disney World property. The NBA will play in teams’ own markets during the upcoming season, rather than a single site.

The last NBA game to be held in Staples Center was March 10, one day before the COVID-19 pandemic shutdown the NBA season.

“The health and safety of our fans, players, staff and community are our main priority and we will continue to work with state and local officials to come up with a plan to safely welcome fans back to Staples Center in adherence with local, state and NBA guidelines,” the Lakers said in a statement, adding that they “look forward to coming together, when it is safe to do so, to celebrate the raising of our banner and the quest for another NBA championship.”

Chargers’ Joey Bosa kicks himself for losing cool vs. Jets