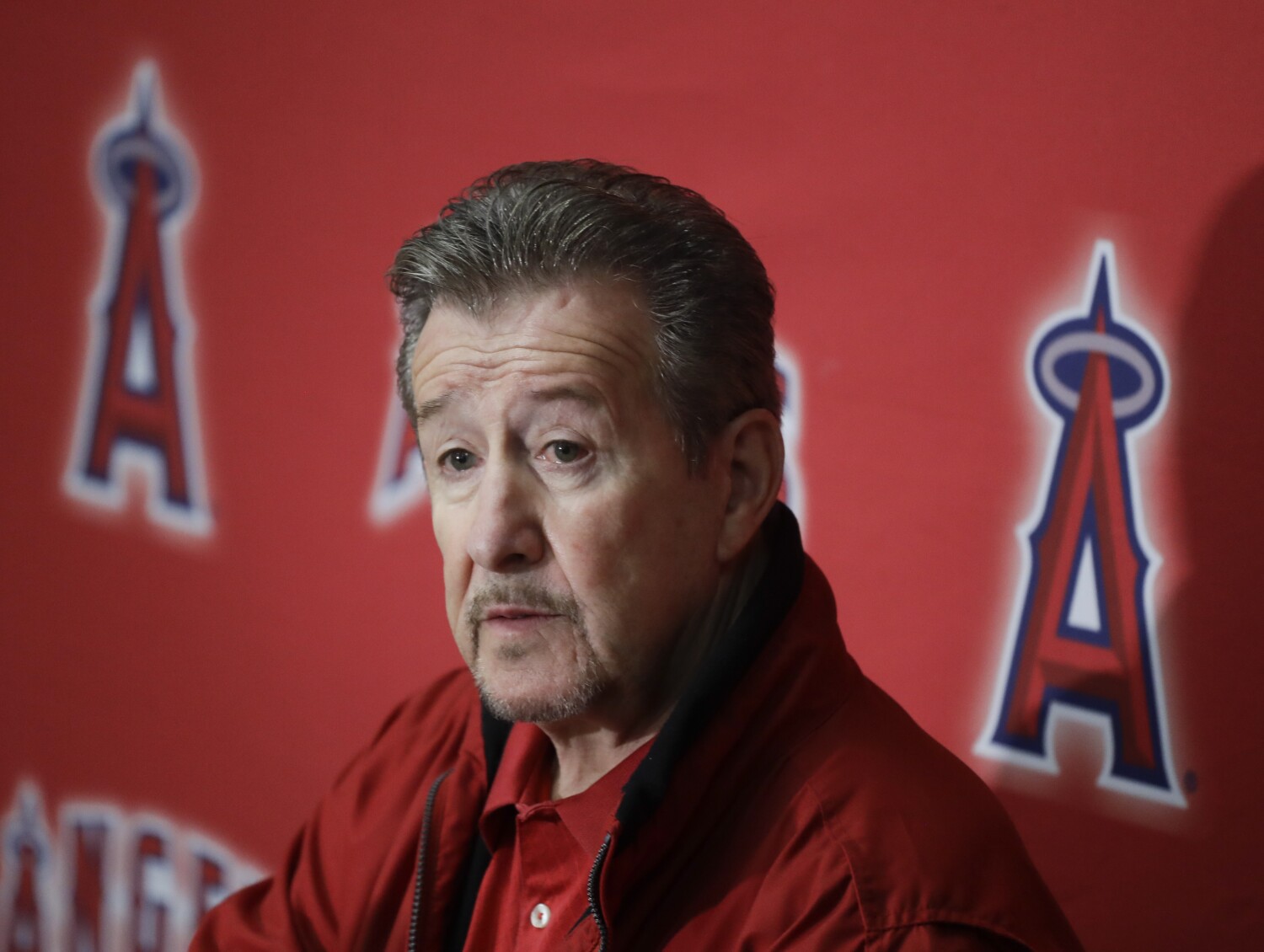 The Angels’ search for a general manager is down to two finalists and the team could name a new lead baseball operations executive by Thursday, said a person with knowledge of the situation who was not authorized to comment publicly.

Perry Minasian of the Atlanta Braves is the front-runner and Seattle Mariners assistant general manager Justin Hollander, who began his career in baseball with the Angels 12 years ago, also is a finalist.

The Angels have interviewed more than 16 candidates to replace former GM Billy Eppler, who was fired Sept. 27. Minasian and Hollander were among the five who moved on to a second round.

His path into the front office was unconventional. He started as a pro scout in 2003 after first serving during his youth as a batboy and clubhouse attendant with the Texas Rangers, for whom his dad, Zack, was a longtime clubhouse and equipment manager. He joined the Toronto Blue Jays scouting department in 2009, led the team’s pro scouting department from 2011-16 and was named special assistant to the general manager in 2017. During his tenure in Toronto, the Blue Jays advanced to the postseason in 2015, their first playoff appearance in 21 years. Since his first full season in Atlanta, the Braves have won three straight National League East titles.

Hollander began his baseball career as a player development and scouting assistant for the Angels in 2008. He was promoted to director of baseball operations in 2012 and named the team’s director of player personnel in 2016. Since departing for the Mariners four years ago, he has ascended to the role of assistant general manager and vice president.

Jason McLeod of the Chicago Cubs and Jared Porter and Amiel Sawdaye of the Arizona Diamondbacks also were considered seriously for the Angels GM job.

No candidate has advanced beyond the post of assistant general manager, though all have at minimum attained the title of vice president with their respective teams.

That the Angels are not considering a former general manager for the post comes as a surprise. The team had been expected to consider a candidate with experience running a team. Team President John Carpino interviewed four former general managers — Ruben Amaro Jr., Dan Jennings, Bobby Evans and Michael Hill — in the first round of the Angels’ search.

But the Angels seem to be choosing to put their faith in executives who have yet to be hired to the top baseball operations job. They did so with their three previous general manager hires under owner Arte Moreno. The Angels named a first-timer two of the previous three occasions the job was open, and Jerry Dipoto briefly served as interim general manager before coming to Anaheim.