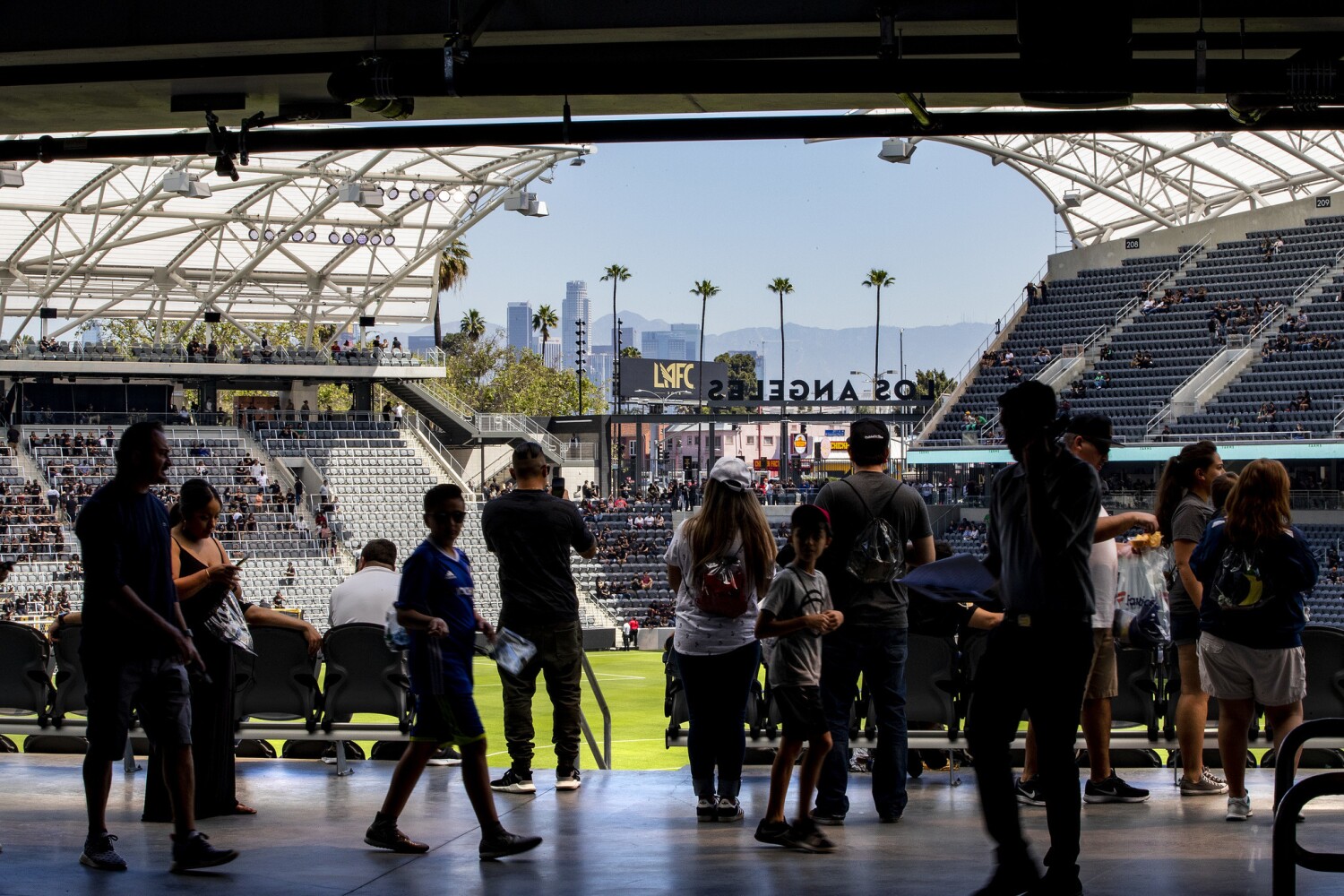 Southern California’s fledgling National Women’s Soccer League team doesn’t have a coach or any players yet but it does have a home after reaching agreement to share Banc of California Stadium with LAFC.

The team would not confirm the deal Wednesday but said a news conference has been scheduled for Thursday.

Angel City, whose majority-woman ownership group of more than 30 investors includes Hollywood and sports luminaries such as Natalie Portman, Eva Longoria, Jennifer Garner, Mia Hamm, Billie Jean King and Serena Williams, won’t begin play in the NWSL until 2022, part of a wave of expansion that will see the league grow to at least a dozen teams.

Banc of California, LAFC’s 22,500-seat stadium, is the most expensive soccer-specific venue in the country with a price tag of more than $350 million. It was built on the site of the Sports Arena, on the southeast corner of Exposition Park next to the Coliseum and opened in April 2018.

Angel City also talked with the Galaxy, Southern California’s other MLS team, but decided against playing at the team’s stadium in suburban Carson.

The LA Sol, Southern California’s only other first-tier women’s professional soccer team, played its only season in Carson, sharing the stadium with the Galaxy and Chivas USA in 2009

Angel City is still looking to build or purchase its own training complex with plans for the facility to double as a community center.

Pete Carroll looks back on 20 years with USC and Seahawks

A recharged Jared Goff hopes to spark Rams against Seahawks