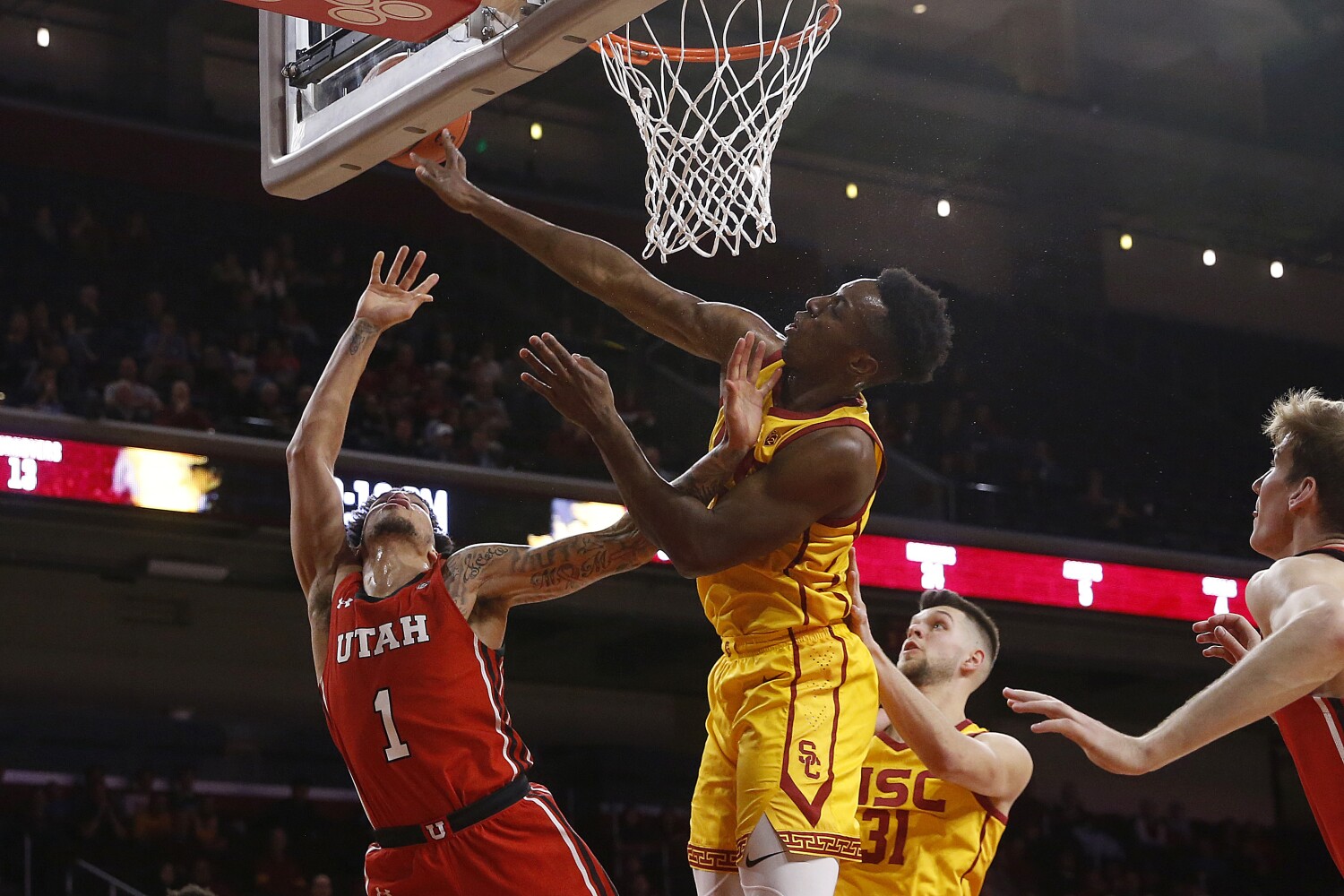 USC center Onyeka Okongwu, a top prospect in the NBA draft on Wednesday and a former Chino Hills High star, is set to enter the NBA while recovering from a fractured big toe on his left foot, a person with knowledge of the injury confirmed.

Though the draft is headlined by a trio of potential top picks in Anthony Edwards, James Wiseman and LaMelo Ball — Okongwu’s former Chino Hills teammate — the 6-foot-9 Okongwu has also been considered one of the top prospects by talent evaluators within the league, and mock drafts have consistently projected him as a top-10 pick.

ESPN reported that Okongwu’s injury will require rest of up to three weeks. The NBA’s 72-game regular season begins Dec. 22, with training camps opening around Dec. 1.

In only 28 games during a pandemic-shortened freshman season at USC, Okongwu blocked 76 shots, the fourth most in Trojans history, and led the team with 16.2 points and 8.6 rebounds per game.

Okongwu also made 72% of his free throws, suggesting an ability to expand his shooting range during his NBA career. Those performances could make him the first lottery selection produced by USC since 2009.

One NBA scout, speaking on the condition of anonymity because he was not allowed to publicly evaluate prospects, said he viewed Okongwu as a solid, long-term NBA starter but was cautious about comparing him to Miami center Bam Adebayo, a 6-9 All-Star.

“No matter what team in the NBA, I feel like I can fit anywhere due to my versatility defensively and my offensive upside and potential,” Okongwu told reporters last week.