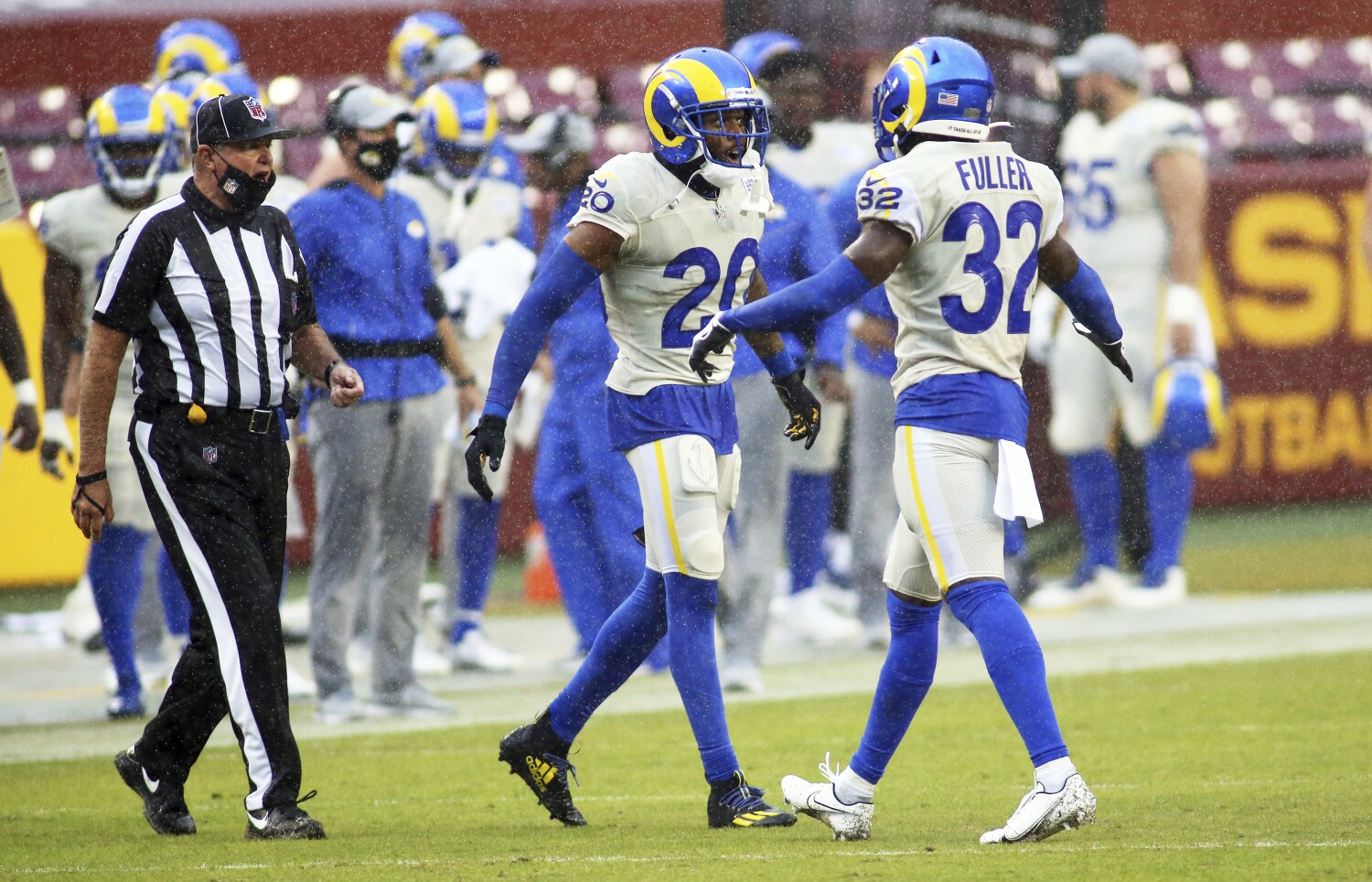 During his team’s week off, Rams coach Sean McVay said he caught up on sleep while doing “a little bit of football here and there.”

He also watched the television drama “This is Us” with his fiancée.

That wasn’t the only TV viewing that grabbed the attention of McVay and his players before they returned to begin preparations for Sunday’s NFC West showdown against the Seattle Seahawks at SoFi Stadium.

Last Thursday, the defending division-champion San Francisco 49ers lost to the Green Bay Packers, dropping their record to 4-5. On Sunday, the Arizona Cardinals (5-3) lost to the Miami Dolphins, and the Seahawks (6-2) lost to the Buffalo Bills.

With all three NFC West teams losing, the Rams (5-3) lost no ground as they attempt to return to the playoffs after falling short last season.

“It was a pretty solid bye week,” receiver Cooper Kupp said during a videoconference. “They did us some favors there.”

“I certainly wasn’t upset to see those teams not come away with wins,” he said. “I’ll say this: If we handle our business, you don’t have to get into the business of watching other teams.”

The Rams play five of their final eight games against the Seahawks, Cardinals and 49ers. They also play the Tampa Bay Buccaneers (6-3), the New England Patriots (3-5) and New York Jets (0-9).

The Rams are aiming for performances more like the one they gave in a 24-10 victory over the Chicago Bears — the only team with a winning record they defeated — and not like their embarrassing effort in a 28-17 loss to the Dolphins the last time they were on the field.

The Rams defense played well at Miami, befitting a unit that entered this week ranked second in the NFL. But quarterback Jared Goff was responsible for four turnovers, and special teams units gave up a punt return for a touchdown and missed a field goal.

On Sunday, the defense is expected to be bolstered by the return of rookie safety Jordan Fuller, who on Monday was designated for return from injured reserve after being sidelined because of a shoulder injury. And defensive lineman A’Shawn Robinson, activated last week from the non-injury football list, is expected to make his Rams debut.

The offense has not looked consistently good since a 30-10 victory at Washington on Oct. 11.

The Rams are averaging 24.1 points a game, tied for 21st in the NFL. The Seahawks, led by quarterback Russell Wilson, average a league-leading 34.3 points.

“There’s a lot of things that we can do just at a more consistent, more explosive level that is indicative and reflective of the caliber of offense that I think we’re capable of being,” McVay said.

The week off enabled the Rams to rest, heal and regroup. But Kupp said it did not feel like a reset for a team that is readying for the toughest stretch of its schedule.

“It’s just about really dialing in on the details.”

McVay said the week off had come “at a great time” for Kupp (wrist) and running back Darrell Henderson (quadriceps). Tight end Tyler Higbee (hand) “made good progress — he didn’t have any setbacks,” McVay said. Their workload will be monitored when practice resumes Wednesday. … Linebacker Obo Okoronkwo (elbow), on injured reserve since Oct. 20, is progressing, but McVay did not anticipate he would play this week. … The Rams are off Tuesday.