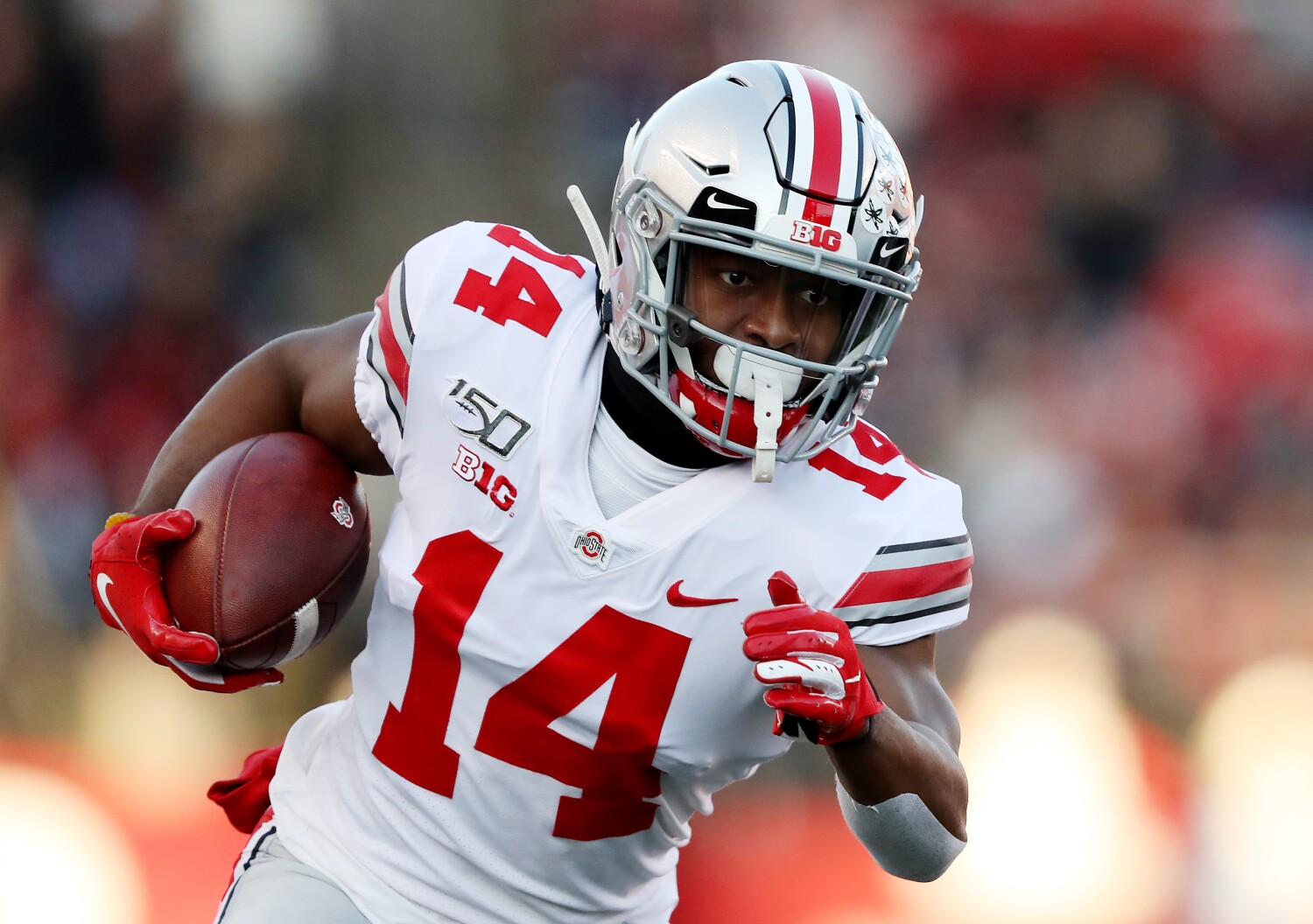 He prides himself on his route-running. K.J. Hill calls the skill “the biggest thing in my game.”

That ability will be tested immediately as the rookie wide receiver attempts to navigate a less-than-traditional route to the start of an NFL career.

First, he had to wait until the third day, the seventh round and the 220th overall pick in April for the Chargers to draft him.

There were 33 receivers selected before Hill, and that’s not counting Antonio Gibson, who mostly played wide receiver at Memphis but was drafted by Washington to be primarily a running back.

“It was really hard, seeing other receivers go before you,” Hill said. “But I got my name called, and that’s the most important thing.”

Now, Hill is part of a first-year class of players facing the most uphill, against-the-wind challenge to survive in the NFL. Because of the COVID-19 pandemic, rookies across the league missed an offseason of critical on-field work. Rookies report to training camp Tuesday, with veterans scheduled to arrive on July 28.

In the spring, the Chargers recruited Austin Ekeler, their No. 1 running back and one of the NFL’s top underdog stories, to address the rookies about the importance of mastering the playbook.

“If you’re a great athlete and you can do amazing things, that’s great,” Ekeler said. “But if you can’t be trusted on the field to protect the team, the ball, you’re not going to see much playing time.”

In 2017, Ekeler made the Chargers late in the preseason as an undrafted long shot out of tiny Western State in Colorado. He didn’t clinch a roster spot until the fourth exhibition.

The expectation is that at least two preseason games will be eliminated this year as a further concession to the coronavirus. Those lost snaps will affect the rookies, as well as others.

“I hate to say it, but I think you kind of saw it with Melvin last year,” Ekeler said, referring to former Chargers running back Melvin Gordon, who held out into late September and then struggled upon returning. “He sat out and he just missed so much time, and that time is so valuable.”

Hill joins the Chargers as the all-time receptions leader at Ohio State, an impressive achievement, certainly, but one that was possible because he decided it was better to return for a fourth college season rather than jump early to the NFL.

Despite his production with the Buckeyes, Hill was buried in one of the deepest wide receiver draft classes in recent memory. His 4.6-second speed in the 40-yard dash was an oft-repeated knock.

“He’s super smart and instinctive and has a great feel for how to get open, which a lot of inside receivers need to have,” Chargers general manager Tom Telesco said. “Excellent hands.”

Before Hill was drafted, Las Vegas and Philadelphia each took three wide receivers, and seven other teams selected two players at the position. Even the Chargers picked up Virginia receiver Joe Reed two rounds before adding Hill.

In fact, he was no better than the third wide receiver named K.J. to be taken, coming after KJ Hamler (second round, Denver) and K.J. Osborn (fifth round, Minnesota).

Still, the Chargers were encouraged by what they were able to add, particularly so late in the draft.

“He’s a very crafty route-runner,” offensive coordinator Shane Steichen said. “You can get matchups inside with him on linebackers. I mean, he was the all-time leading receiver in Ohio State history and that says a lot.”

The Chargers, a team generally recognized as possessing a depth of talent, are in need of a receiver they can trust after Keenan Allen and Mike Williams, both of whom topped 1,000 yards in 2019.

The wideout with the third-most catches last year was Dontrelle Inman, who had only eight and appeared in just four games before finishing the season in Indianapolis. Other than Allen and Williams, no Chargers wide receiver reached the end zone.

Hill has a chance to establish himself as the team’s third option at the position — an accomplished route-runner trying to find a path that this year keeps winding.

“We had him on our board as a playmaker,” coach Anthony Lynn said. “He’s had a lot of production. He didn’t run extremely fast, but I like the fact that he plays fast. All he does is make plays when he’s on the football field.”

Chargers rookies report Tuesday for training camp with hopes they finally will get a chance to show their skills on the field. Because of the pandemic, the offseason program has been virtual. The draft prospects:

Justin Herbert, QB, first round: In their ideal world, the Chargers could let the young quarterback learn from the sidelines all season. That would mean veteran Tyrod Taylor is having success, and so is the team.

Kenneth Murray Jr., LB, first round: He immediately makes the Chargers more athletic and versatile at linebacker and is expected to need little time to make an impact.

Joshua Kelley, RB, fourth round: Led by starter Austin Ekeler, the Chargers will attempt to develop a reliable rotation at running back, meaning Kelley will be given every available opportunity to earn playing time.

Joe Reed, WR, fifth round: Ekeler has developed into one of the NFL’s most versatile offensive weapons, something the Chargers also would love to do with Reed.

Alohi Gilman, S, sixth round: The Chargers’ athletic and deep secondary received another boost with the addition of Gilman, who is expected to be a key contributor on special teams, much like Drue Tranquill, his former Notre Dame teammate, was last season.

K.J. Hill, WR, seventh round: A slot receiver who has studied the route-running of Keenan Allen, Hill now will have a chance to share the field with the Chargers’ most reliable pass-catcher.