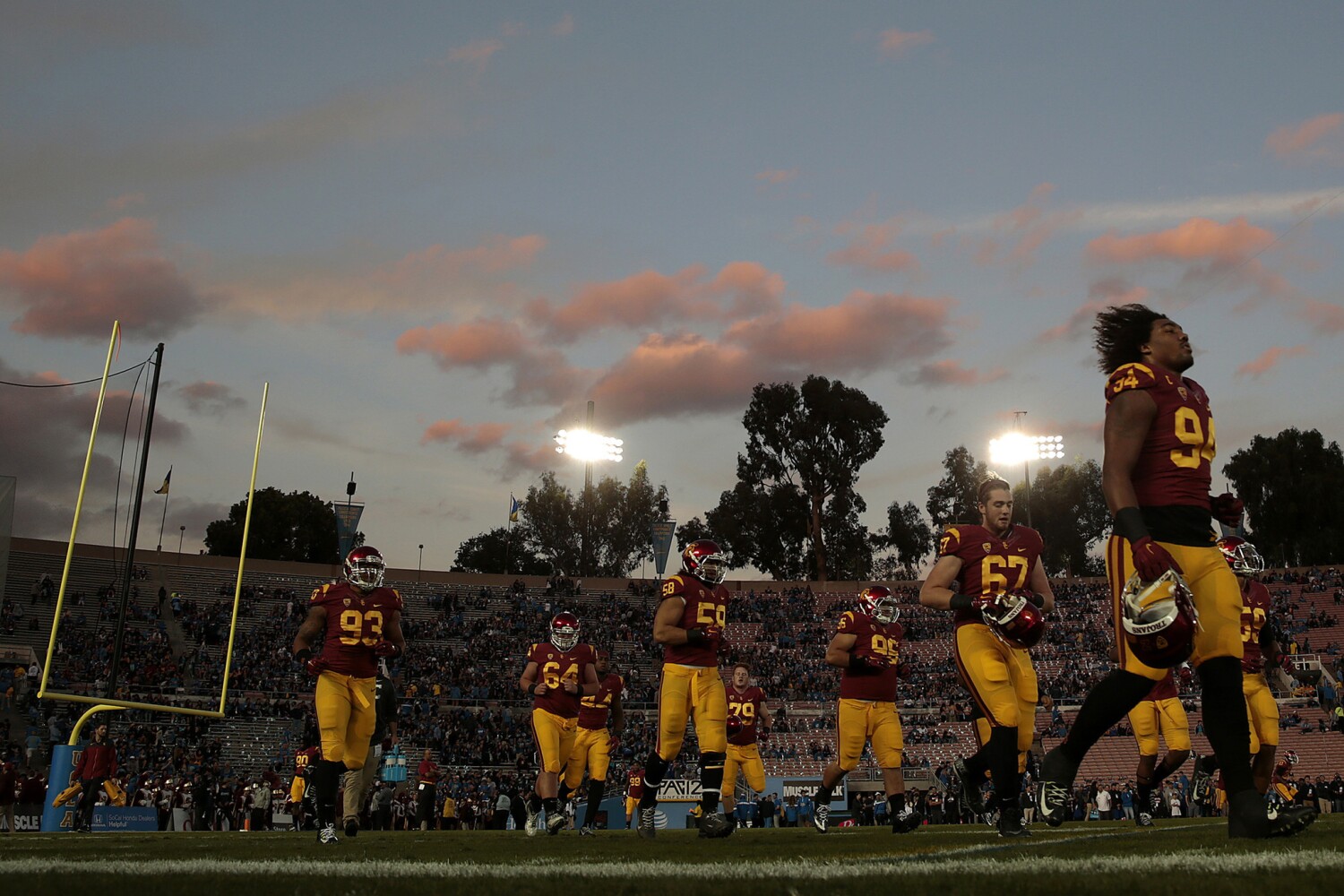 With high school football officially on hold until at least December, one top local prospect wasted no time in deciding he’d skip the postponed season.

Four-star Downey Warren safety Xamarion Gordon announced on Monday that he would be enrolling at USC in January as planned without waiting to play his high school senior season.

“I will be foregoing my senior szn and will be jumping straight to the big stage,” Gordon wrote on Twitter. “Thx for the love and support…deuce out.”

Gordon probably won’t be the only top prospect in the area leaving high school early. Local coaches are bracing for the possibility that a parade of players who initially planned to get to college early could leave anyway.

Jake Garcia, a four-star quarterback who is also committed to USC, told The Times last week that he was still planning to enroll early, even if that meant skipping his senior at La Habra, where he only just transferred in January.

“Our approach now is just to keep all options on the table,” Moss said then. On Monday, he retweeted the state’s postponement news with a broken heart emoji.

Even after Monday’s announcement, it’s not entirely clear just yet what options top prospects will have to choose from. The status of college football season is still very much up in the air. If it’s delayed to spring, there’s no telling yet just how the NCAA would handle eligibility for early enrollees.