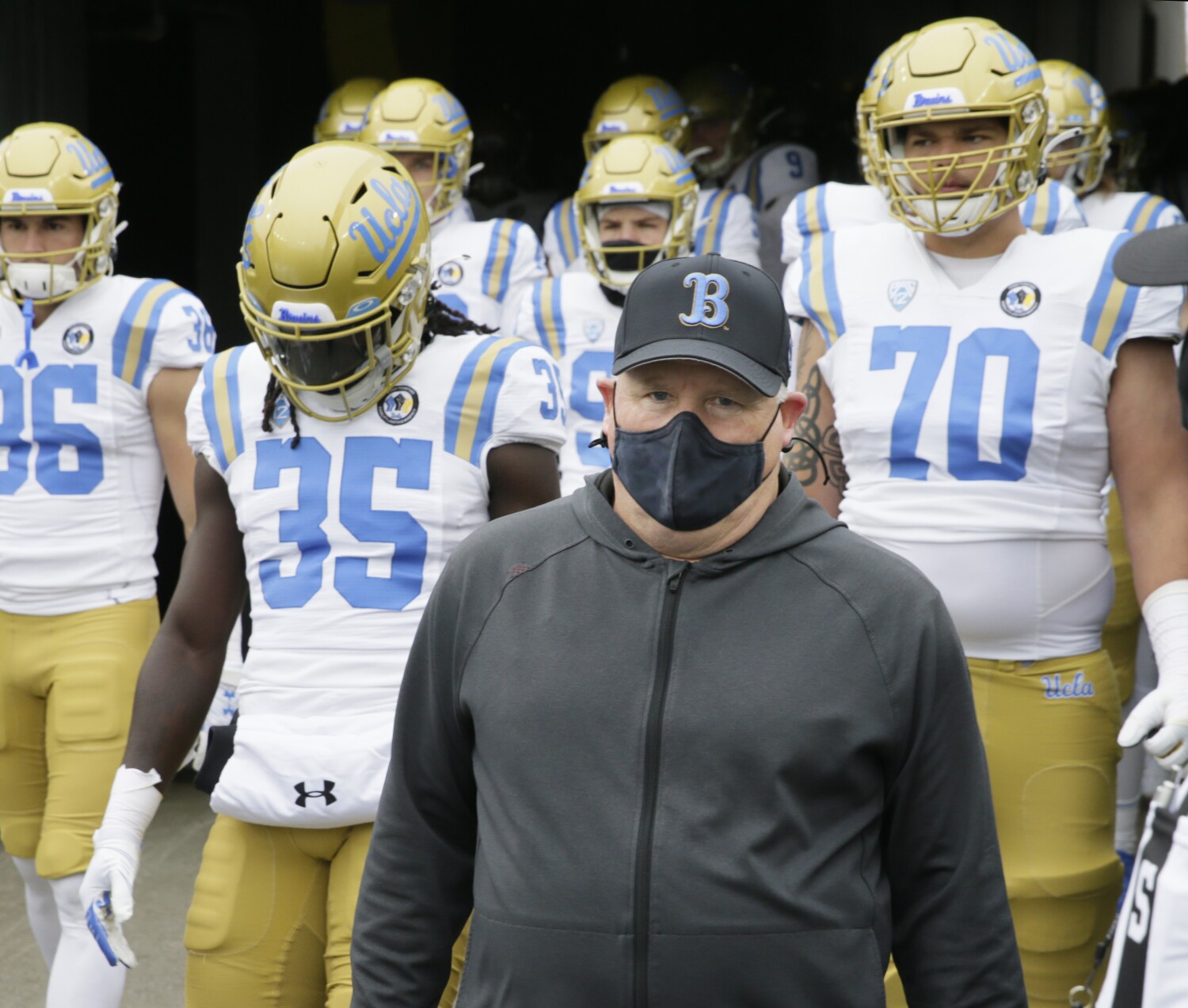 It’s 2020, so attendance must be taken at every college football game.

UCLA had an unusually high number of hands not go up Saturday.

The Bruins were missing nine players because of issues related to COVID-19 during their 38-35 loss to No. 11 Oregon, including quarterback Dorian Thompson-Robinson and two other starters. They were out after UCLA reported two positive tests among players, coaches or staff and was forced to put other players in quarantine because of contact tracing.

“I will not have the opportunity to play vs. Oregon today for reasons out of my control,” Thompson-Robinson tweeted before the game at Autzen Stadium. “Frustrated I can’t help the team but they will still be great regardless! #GoBruins.”

The Bruins might be significantly short-handed again next weekend against Arizona at the Rose Bowl. As part of safety protocols, anyone deemed to have been a close contact of someone who tested positive is placed into a 14-day quarantine.

UCLA coach Chip Kelly did not address a question about whether any players might be able to return against the Wildcats, but he did put to rest conspiracy theories about Thompson-Robinson’s birthday party last weekend involving his mother and girlfriend jeopardizing any player’s status.

“Dorian’s contact tracing or anyone’s contact tracing had nothing to do with any party,” Kelly said. “The fact that his mom comes to celebrate his birthday, his mom’s also a professor in public health [at Nevada Las Vegas], so I think they understand.

“If there’s one family I’ve been around that understands COVID, it’s Dorian’s family. His mom’s awesome, she’s been a rock star through this whole thing in terms of helping other people and parents understand what it is. She has a really good grasp on it and would never put her son in harm’s way.”

Chase Griffin nearly engineered an upset while replacing Thompson-Robinson, throwing for 195 yards and a touchdown with two interceptions.

Kelly had to get more creative in replacing the three absent running backs, moving wide receivers Kyle Philips and Ethan Fernea into the backfield on a handful of plays. The Bruins amassed 267 rushing yards to Oregon’s 88.

“If you told me we were going to triple their rushing and we’d lose,” Kelly said, “I would be surprised.”

UCLA committed four turnovers to Oregon’s one. The Bruins are minus-25 in turnovers in their losses under Kelly as opposed to plus-11 in their wins. … UCLA’s defense registered a season-high 10 tackles for loss, its most since collecting 11 last season against Stanford. The Bruins added four sacks and have notched at least that many in consecutive games for the first time since the 2016 season.