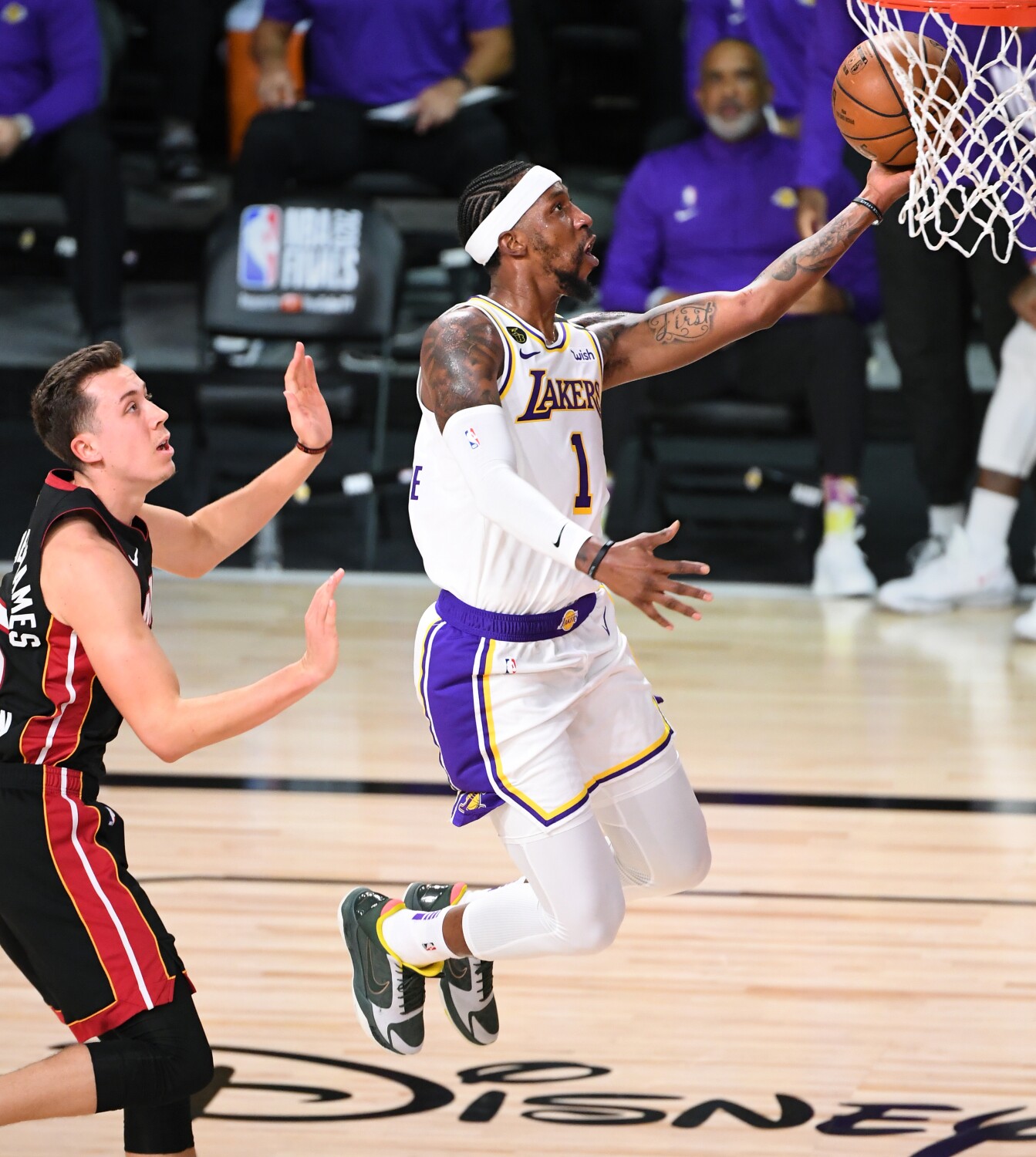 Both the Lakers and free-agent Kentavious Caldwell-Pope, who opted out of the final year of his contract, have interest in the veteran guard re-signing with the team.

No guarantee it gets done for a few reasons.

First, the New York Knicks also have interest in Caldwell-Pope, according to people not authorized to speak publicly on the matter.

Second, Caldwell-Pope is looking for a raise from the original deal that would have paid him $8.4 million next season.

Finally, after the Lakers agreed to give free-agent center Montrezl Harrell the full midlevel exception and free-agent guard Wesley Matthews the biannual exception when free agency opened Friday afternoon, they are limited in how much they can offer Caldwell-Pope.

The most the Lakers can offer Caldwell-Pope is about $12 million per season, but that could increase if they trade one of their players to a team with salary-cap space and don’t receive a player back. The Lakers do have Caldwell-Pope’s full Larry Bird rights and can offer him anything they want.

According to Larry Coon, considered an expert on the NBA collective bargaining agreement, the Lakers can’t go above the hard salary cap of about $136.6 million, and that prohibits the Lakers from offering Caldwell-Pope more than $12 million.