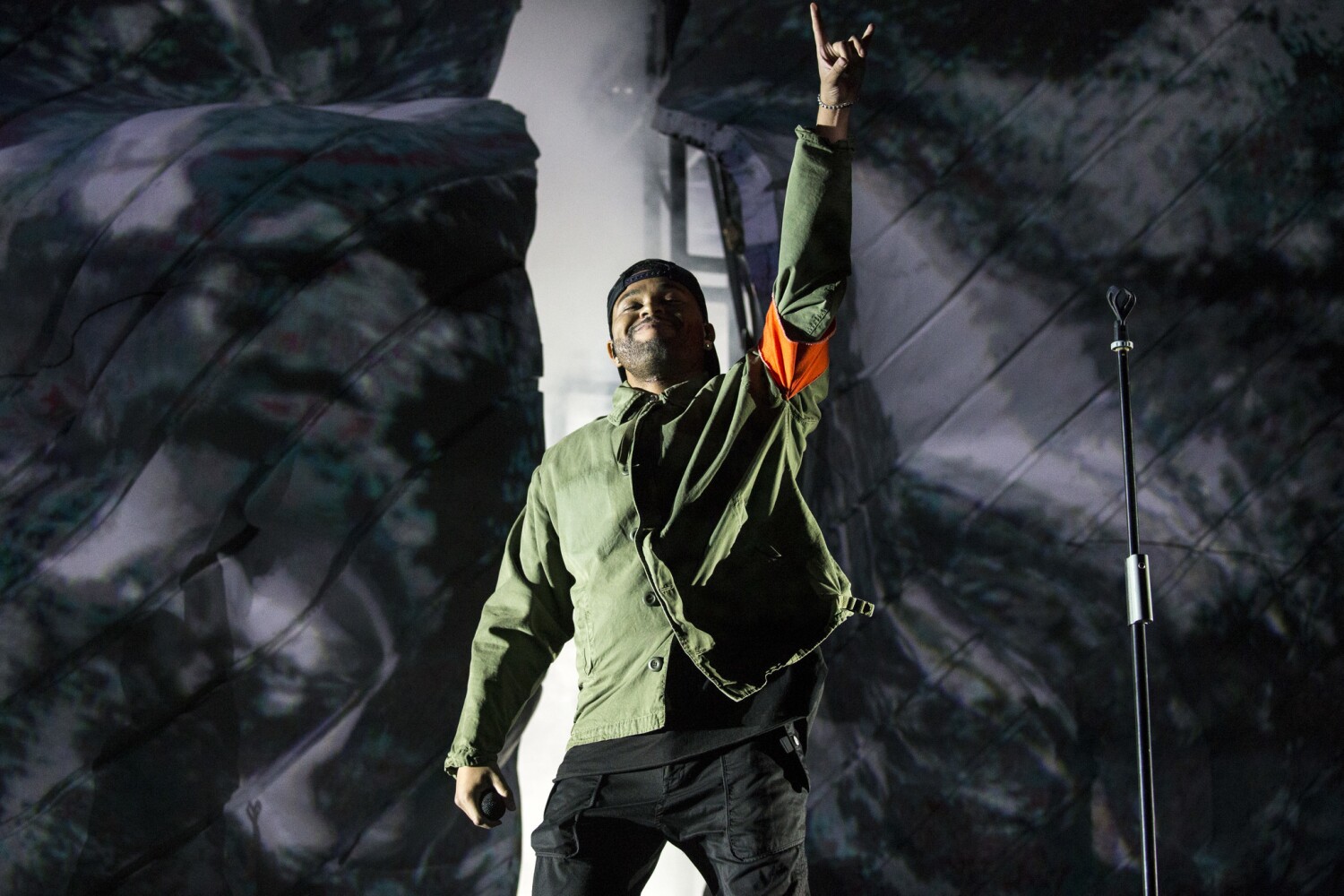 The Weeknd has been chosen to headline the Super Bowl LV halftime show in February, following in the footsteps of Jennifer Lopez, Shakira, Lady Gaga, Beyoncé, Maroon 5, Justin Timberlake and Katy Perry, to name just a few.

“[P]erforming on the iconic stage. see you 02/07/21,” the Canadian singer tweeted Thursday morning.

The “Can’t Feel My Face” performer, real name Abel Tesfaye, added in a statement, “We all grow up watching the world’s biggest acts playing the Super Bowl and one can only dream of being in that position. I’m humbled, honored and ecstatic to be the center of that infamous stage this year.”

“The #PepsiHalftime Show on @CBS featuring @theweeknd is sure to be nothing short of transcendent,” the NFL tweeted, shouting out to Jay-Z’s Roc Nation agency, which reps the Weeknd.

Jay-Z also praised the headliner choice, saying in a statement, “The Weeknd has introduced a sound all his own. His soulful uniqueness has defined a new generation of greatness in music and artistry. This is an extraordinary moment in time and the Pepsi Super Bowl LV Halftime Show is going to be an extraordinary experience with an extraordinary performer.”

The NFL has been struggling to outwit the novel coronavirus during the 2020-2021 season, which started with regular games Sept. 10 after the usual preseason was axed. Positive COVID-19 tests among teams including the New England Patriots, Tennessee Titans and many others have resulted in ineligible players, postponed games and juggled schedules.

Is this the safest schedule MLB could put together?