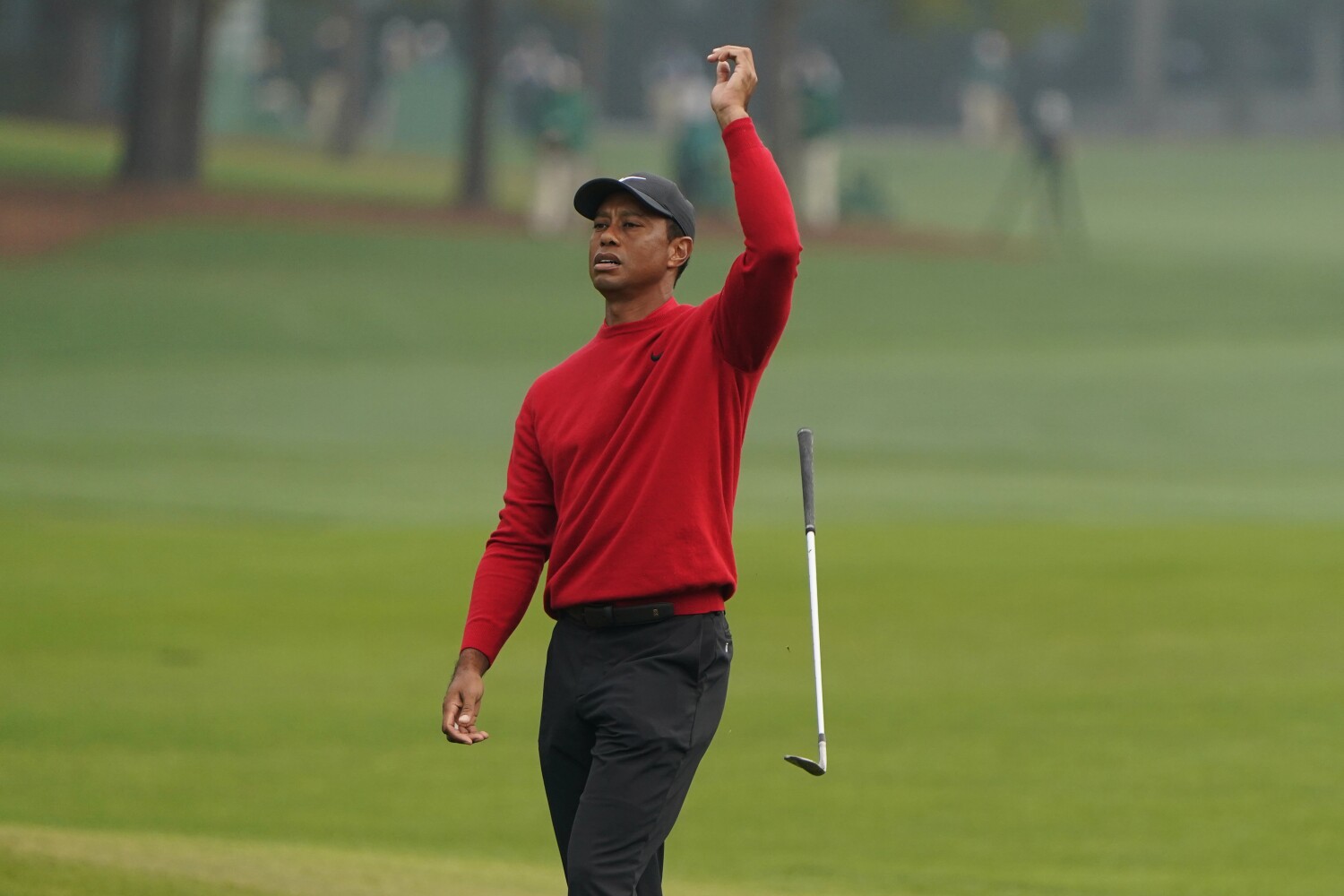 Defending Masters champion Tiger Woods made a little personal history Sunday, but not the kind he wanted.

He had the worst hole of his professional career.

He misread the wind and put his tee shot into Rae’s Creek in front of the green.

After a one-stroke penalty, he hit his third shot onto the front edge of the green but had too much action on it. It spun into the fringe, then trickled back into the water.

Hitting five, he took no chances and flew the green into the back bunker. He had an awkward stance, though, and chopped the ball over the green and back into the creek.

So it was back to the bunker and that uncomfortable stance, with his front foot much higher on the leading slope, and he blasted out with his eight shot.

He two-putted from there for a 10.

“I committed to the wrong wind,” he explained after his round. “The wind was off the right for the first two guys, and then when I stepped up there, it switched to howling off the left, which ‑‑ and the flag on 11 was howling off the left. I didn’t commit to the wind, and I also got ahead of it and pushed it, too, because I thought the wind would come more off the right and it was off the left, and that just started the problem from there. From there I hit a lot more shots and had a lot more experiences there in Rae’s Creek.”

Woods would go on to birdie five of his final six holes to finish the day with a 76 and the tournament at one under par.

All that talk about big-hitting Bryson DeChambeau bringing Augusta to its knees, and he finished tied for 34th at one over par for the tournament.

Bernhard Langer, a phenom at 63, finished two strokes better — even though he was last in average drive distance 260.0 yards average drives, more than half a football field shorter than the field-leading DeChambeau (324.4).

Langer was in a group Sunday with DeChambeau and Charl Schwartzel (283.4), and said it was fun to see those huge drives up close.

“Normally I play my own game,” said Langer, who won the Masters in 1985 and ’93. “I don’t even worry about who I’m with and all that, but I was a little bit spectating here and there. I was in awe and just watching how they swing and how hard they hit it, and every once in a while I had to tell myself, go on, stop watching and play your game and focus on what you want to do. But it is fun to watch and fascinating how they do it.”

Jalen Ramsey showed his value to the Rams against the Seahawks