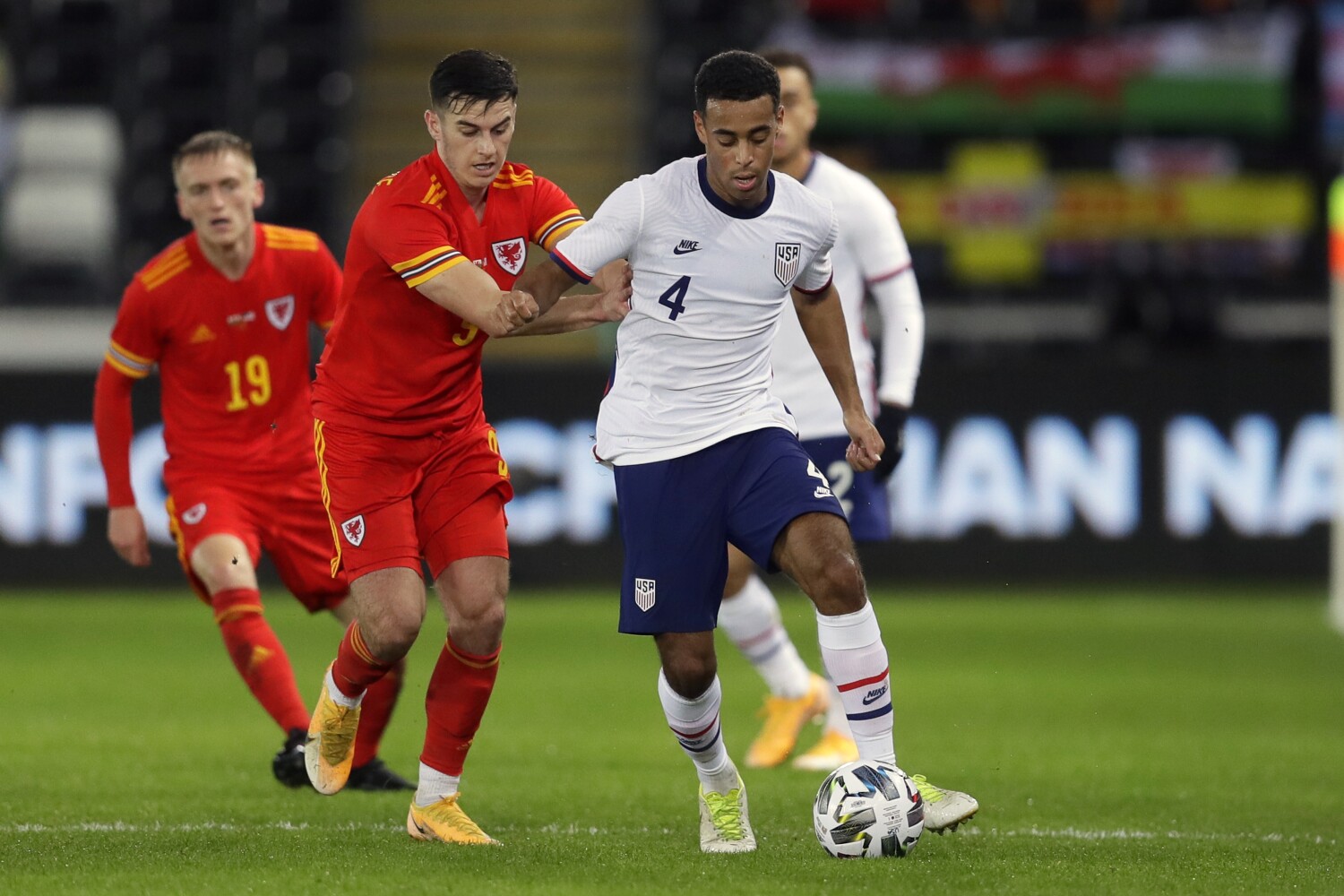 The future appears bright for the national soccer team. The present might not be so bad either.

After a nine-month break caused by the coronavirus pandemic, coach Gregg Berhalter fielded one of the youngest teams in U.S. history Thursday on a cold, windy and rainy night at an empty Liberty Stadium in Swansea, Wales. And while the result may have been uninspiring — the match with Wales ended in 0-0 draw — most everything else about the performance gave American fans reason to hope.

“You saw a small glimpse of what we can do really well,” midfielder Tyler Adams said. “But there’s a lot we can improve on obviously.”

As first impressions go, it was a promising one. Some of the players had not met one another before their first training session Tuesday and six players — including five teenagers — earned their first national team caps against Wales.

That lack of familiarity showed. Yet, the U.S. dominated in the midfield, played smartly and patiently out of pressure and held the ball for 55 of the 90 minutes, completing 87% of its passes.

The only thing lacking was a goal although the Americans, who were disorganized in the attacking end, had two good shots at that, one in each half. In the 34th minute, U.S. pressure forced a turnover deep in the Wales end but Konrad de la Fuente’s half-volley from the edge of the six-yard box sailed well over the crossbar. In the 72nd minute, former Galaxy academy product Uly Llanez gathered another turnover about 25 yards from goal, spun and drilled a strong one-hop shot toward the left post that Wales keeper Danny Ward batted out of danger for his only save of the night.

“After being away for so long and many newcomers coming in, it was a decent performance,” midfielder Weston McKennie said. “The next big thing that we might have to work on is just having a deadly instinct and, you know, scoring a goal. You can have as many clean sheets as you want but you win games by scoring goals.”

Those will come if the U.S. continues playing with the confidence and swagger it showed Thursday.

“That’s impressive,” said Berhalter, whose team was better in the first half before tiring late in the second. “When you see players like that and you see their confidence, it gives other players around them confidence.”

The midfield of Adams, McKennie and newcomer Yunus Musah, who played 32 games for England’s youth national teams, was particularly impressive as were defenders John Brooks and Sergiño Dest.

And the U.S. did all that without its best player, Chelsea attacker Christian Pulisic, who was sent back to his club team Wednesday to rehab a hamstring injury.

“We saw enough to be pleased,” Berhalter said. “It was a really young group of guys and I’m really proud of the performance.”

How young? Two starters — Musah and forward Gio Reyna — hadn’t been born when the coach made his last appearance in a World Cup, on a U.S. team captained by Reyna’s father Claudio.

As a result, it has fallen to players such as McKennie, a veteran at age 22, to provide leadership and tamp down expectations –— expectations that were running high on the team’s hourlong bus ride back to its hotel Thursday.

“We’re still day in and day out,” McKennie said. “I’m hoping a lot of the guys that are here don’t feel like they’ve made it yet just because they’re young.

“It’s easy to get a big head when all the hype is around and you get called up and make your debut. I don’t think there’s any of those players on this team.”

NBA players have a message for everyone: ‘Justice for Breonna Taylor’