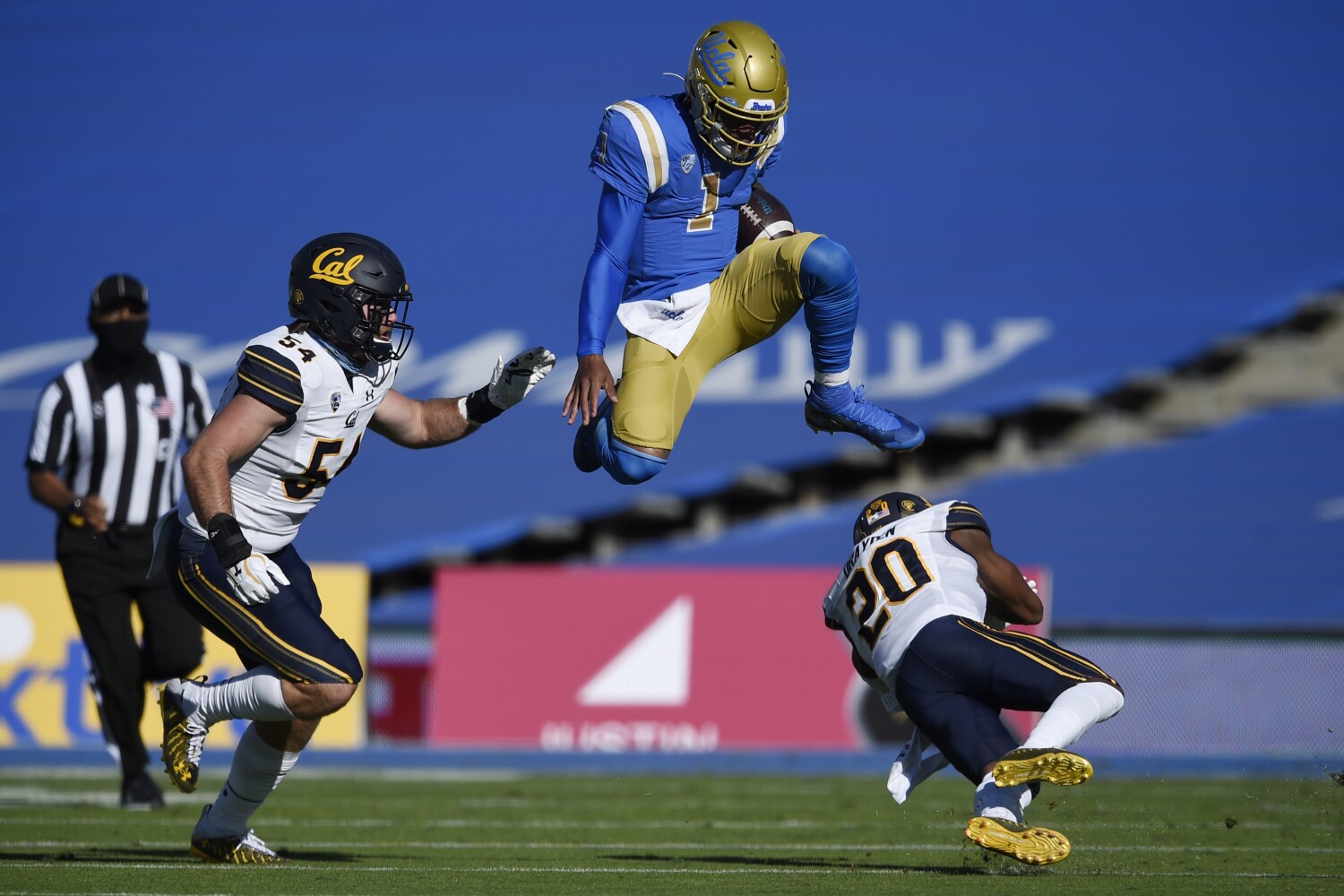 The less game prep the better for UCLA under coach Chip Kelly.

The Bruins had fewer than 48 hours to get ready for California after pivoting from their originally scheduled game and unveiled one of their most complete performances of the Kelly era on Sunday in a 34-10 victory at an empty Rose Bowl.

UCLA’s offense in the first half looked like a vintage Kelly variety … as in the 2012 Oregon Ducks. The Bruins were, well, a blur, increasing the tempo between many of their plays on the way to scoring 20 points in the second quarter.

UCLA quarterback Dorian Thompson-Robinson accounted for all four of his touchdowns — three passing, one rushing — before halftime and the Bruins’ defense was equally impressive in limiting the Golden Bears to only one sustained scoring drive. Thompson-Robinson finished the game with 196 yards passing to go with 52 yards rushing.

Bruins running back Demetric Felton Jr. ran for 107 yards in 25 carries and Brittain Brown added 71 yards in 12 carries, including a 31-yard touchdown in the fourth quarter.

The game was hastily arranged Friday afternoon after Utah had to back out of playing the Bruins on Saturday because of too many players being sidelined by COVID-19 issues.

After having its season opener wiped out because of the coronavirus, Cal had been scheduled to play Arizona State on Saturday in a game that was also canceled because of rampant COVID-19 cases on the Sun Devils’ roster and coaching staff.

Picked to finish second in the Pac-12 North, the Golden Bears looked out of sorts against the Bruins, missing tackles and struggling to generate offense. Cal reportedly had practiced this week with just one defensive lineman — a converted offensive lineman — after the position had been ravaged by one positive test and other players being placed into quarantine.

Most of Cal’s defensive linemen were available Sunday except for Aaron Maldonado and Stanley McKenzie.

LeBron James and Lakers get taste of new NBA in scrimmage