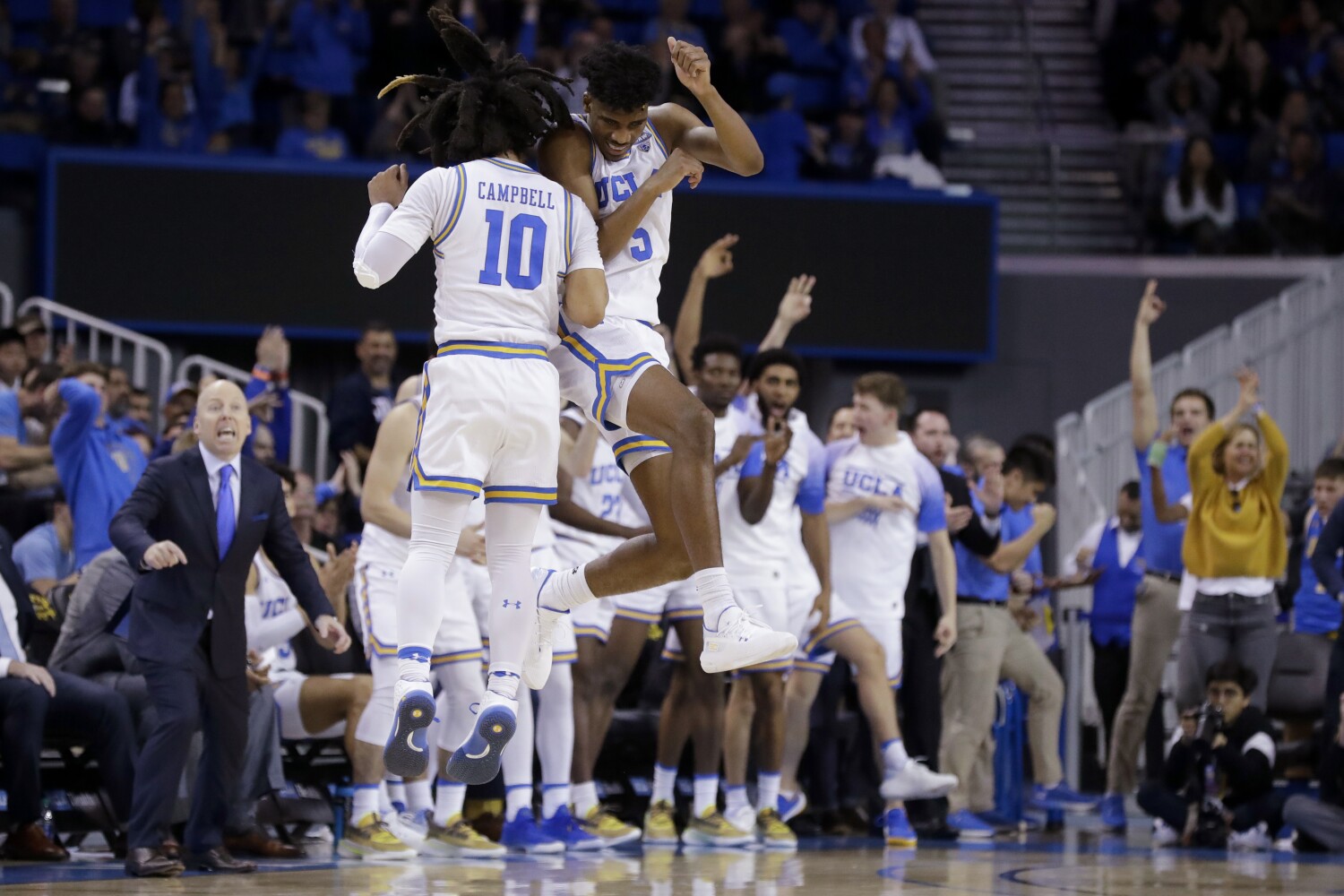 UCLA basketball will no longer be a scrappy, overachieving operation under coach Mick Cronin.

The Bruins were picked to win the Pac-12 Conference in the preseason media poll released Thursday, the first time that’s happened in nine years.

It was the closest vote among the top three selections in 37 years of preseason media projections. The national media disagreed with their Pac-12 brethren, putting No. 18 Arizona State and No. 20 Oregon ahead of No. 22 UCLA in the Associated Press preseason poll. The Los Angeles Times does not participate in media voting per its longstanding policy.

It will come as no surprise that the media doesn’t always get it right. UCLA was picked eighth before last season but finished second, only one game behind Oregon. The last time the Bruins were picked to win the Pac-12, they lost their 2011-12 opener to Loyola Marymount and finished in a tie for fifth in the conference standings.

UCLA’s returning talent made it the top pick heading into this season. The Bruins will bring back all five starters, including senior guard Chris Smith, a member of the preseason All-Pac-12 first team. Point guard Tyger Campbell was selected for the second team, and forward Jalen Hill and guard Jamie Jaquez Jr. earned honorable mention.

UCLA’s Dorian Thompson-Robinson makes it a Sunday to remember