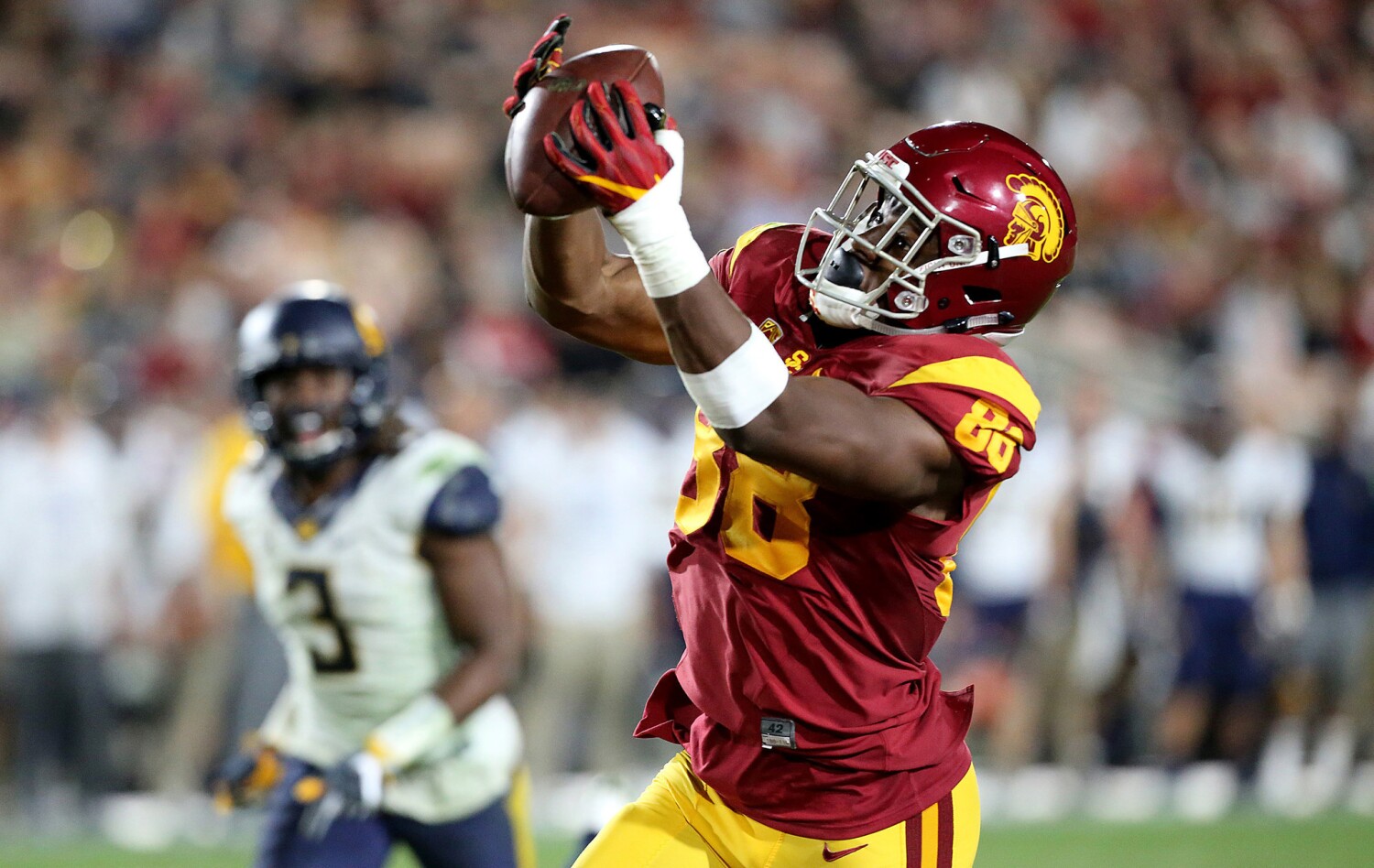 Imatorbhebhe entered the NCAA transfer portal as a graduate transfer this week, closing the door on a frustrating, injury-prone tenure with the Trojans.

Imatorbhebhe began his career at Florida, but soon transferred to USC, where he burst onto the scene as a redshirt freshman during USC’s 2016 run to the Rose Bowl. The tight end caught four touchdown passes over the season’s final eight games, emerging as a favorite red-zone target of quarterback Sam Darnold.

But nagging groin and hip injuries followed him from there, sapping him of his effectiveness as a sophomore, before robbing him of an entire season in 2018. The following summer, USC listed him as a “squadman lost,” and coach Clay Helton announced that Imatorbhebhe would leave the team to “focus on finalizing his master’s degree.”

Then, in January, he suddenly rejoined the roster, and hope for a redemptive, sixth season was renewed. He met several times with new tight ends coach John David Baker, who declared that the tight end was finally “good to go.”

“He’s got a level of maturity that you don’t usually find in a college-age student,” Baker said at the time. “He’s going to bring a level of leadership to our guys.”

Imatorbhebhe was granted a sixth year of eligibility by the NCAA in March. He was on the field for USC’s lone spring practice shortly after.

But his return ended there, for reasons he did not specify on Tuesday. Imatorbhebhe, who last played in December 2017, finished with 25 catches and 394 yards in 22 games with the Trojans.

Josh Imatorbhebhe, Daniel’s brother, played two seasons as a receiver at USC before transferring to Illinois. In 11 games with the Illini last season, Josh had 33 receptions for 634 yards and nine touchdowns, earning All-Big Ten honorable-mention honors. He missed the final three games of the season because of an injury.

Concussion had left Chargers’ Joey Bosa in a serious fog