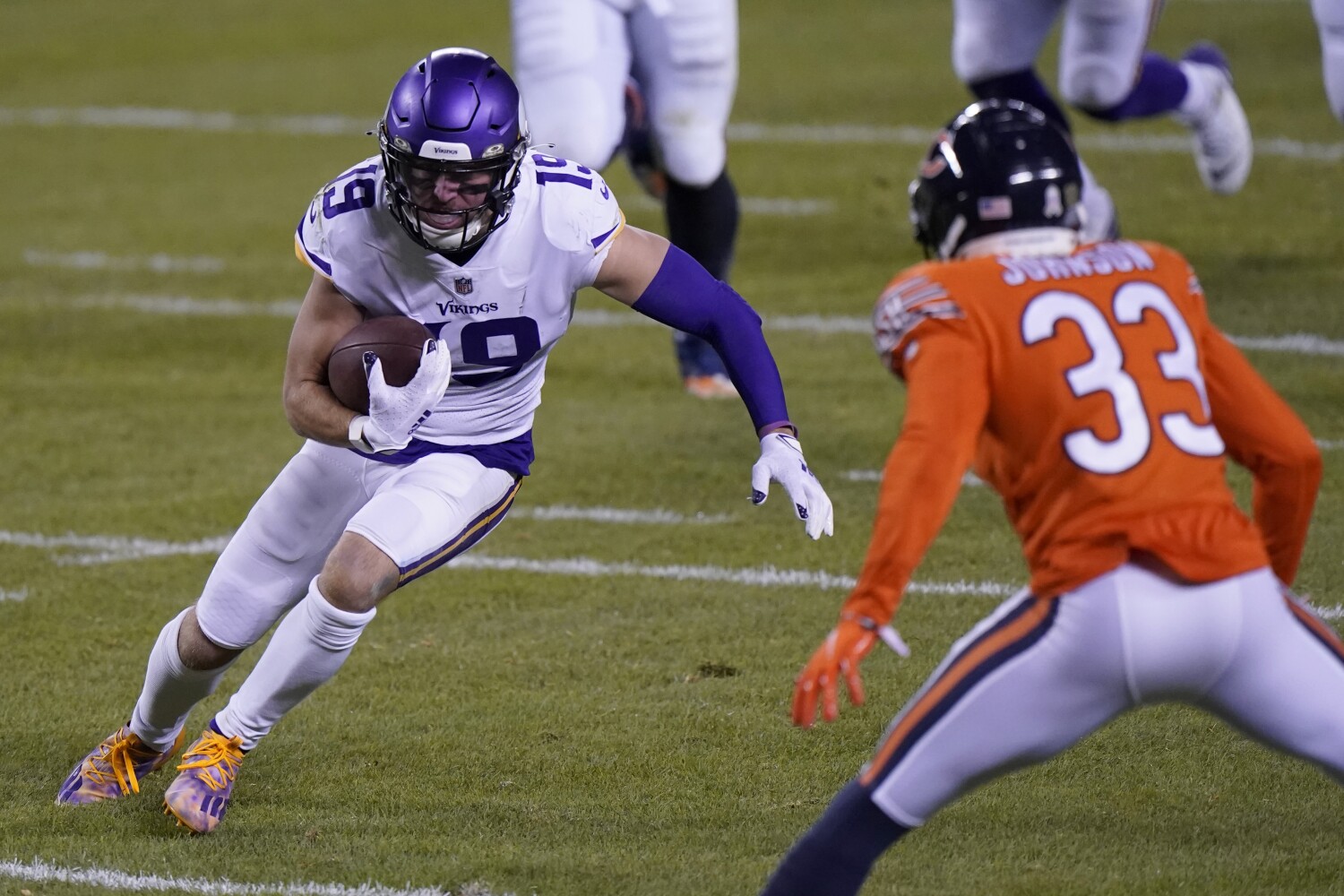 Answer: Who is Adam Thielen?

The two-time Pro Bowler sported some fancy Adidas cleats in honor of the late “Jeopardy!” host during the pregame warm-ups before a prime-time showdown with the Chicago Bears.

Trebek died Nov. 8 after a long battle with pancreatic cancer. He was 80.

Designed by artist Dan “Mache” Gamache, Thielen’s cleats featured a portrait of the beloved game show host with a halo over his head, an Adidas logo with “Trebek” in place of the company’s name and a blue rectangle resembling the screen where contestants display their Final Jeopardy! answers.

That faux screen contained the message “We will miss you, Alex,” along with a wager of $19,000. Thielen’s jersey number is 19.

For #MNF pregame tonight my guy @athielen19 will be honoring the legend Alex Trebek who passed last week. I feel like no matter where you were from I feel like Jeopardy was a part of all of our lives in some way. 🙏 #skol pic.twitter.com/1itrgOM4M8

Had Thielen been on “Jeopardy!,” that guess likely would have cost him the game since it wasn’t in the form of a question.

But Thielen did just fine on MNF, with two touchdown catches, including the eventual game-winner in the fourth quarter, to help the Vikings claim a 19-13 victory over the Bears.

UCLA’s Dorian Thompson-Robinson makes it a Sunday to remember