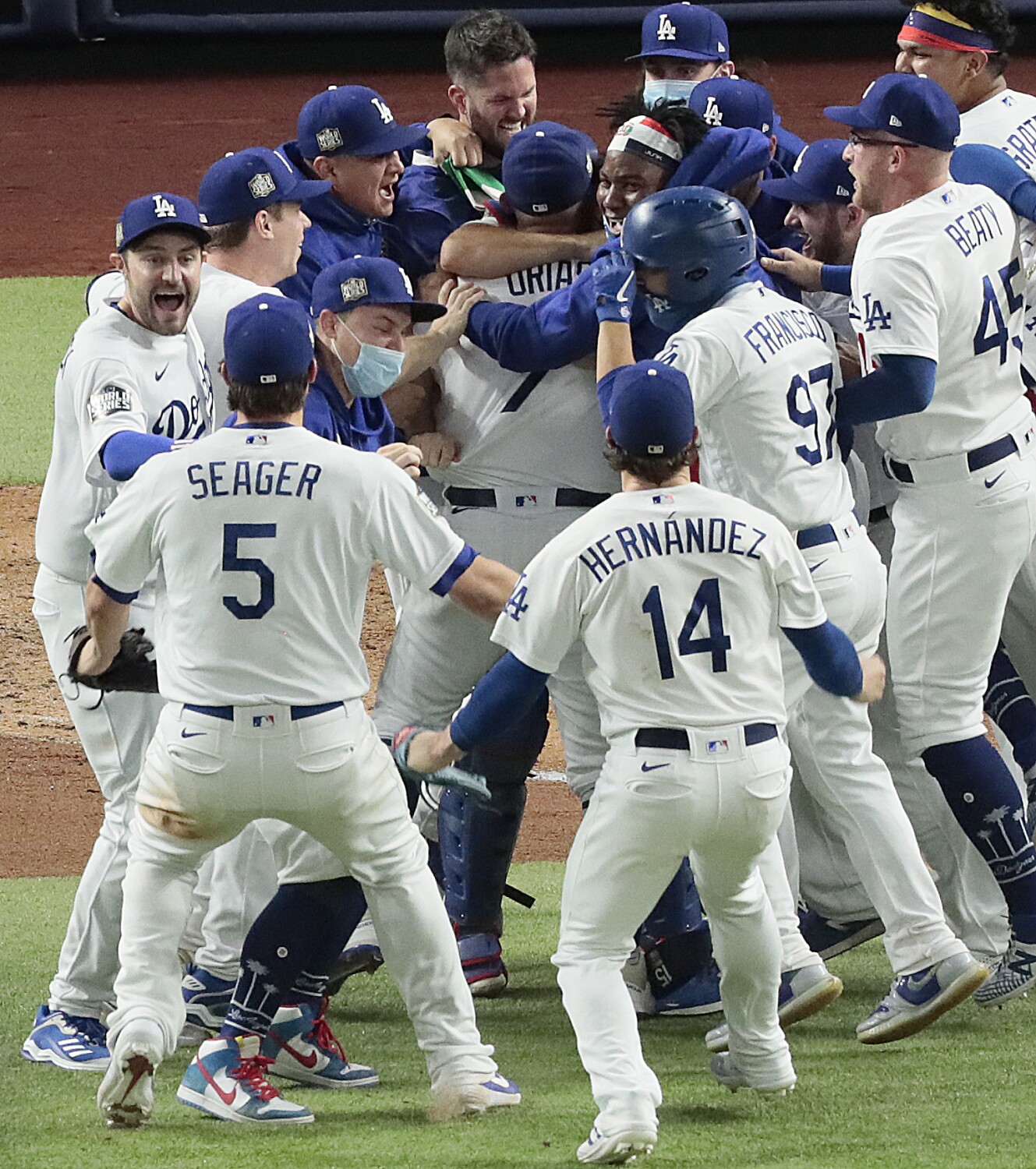 Vin Scully is coming out of retirement, lending his voice to the Dodgers’ biggest win in 32 years.

Scully, 92, has agreed to narrate the official World Series film, Major League Baseball announced Wednesday. The league bills the film as a documentary, with more than an hour’s worth of highlights and interviews from the 2020 World Series.

Scully retired in 2016, after 67 years as the voice of the Dodgers. The Dodgers have won seven World Series championships — the first in 1955, in Brooklyn — but this is the first without Scully as a team broadcaster.

In 1988, the narration was handled by Bob Costas. On national television, Costas had reviewed the Dodgers’ lineup for Game 4 — without the injured Kirk Gibson and Mike Marshall — and declared it perhaps the worst ever to take the field in the World Series.

“The whole team was screaming, ‘Kill Costas!,” Dodgers manager Tom Lasorda exclaimed after the game. “I had to try to calm ‘em down.”

“It was 32 years since the Dodgers won a World Series and the seventh in the history of the organization, bringing great joy to their fans and the city of Los Angeles in particular,” Scully said in a statement. “This is their winning story against the Tampa Bay Rays, and it’s an honor for me to recount just how they did it.”

The film will be available via DVD, Blu-Ray or download Dec. 8.