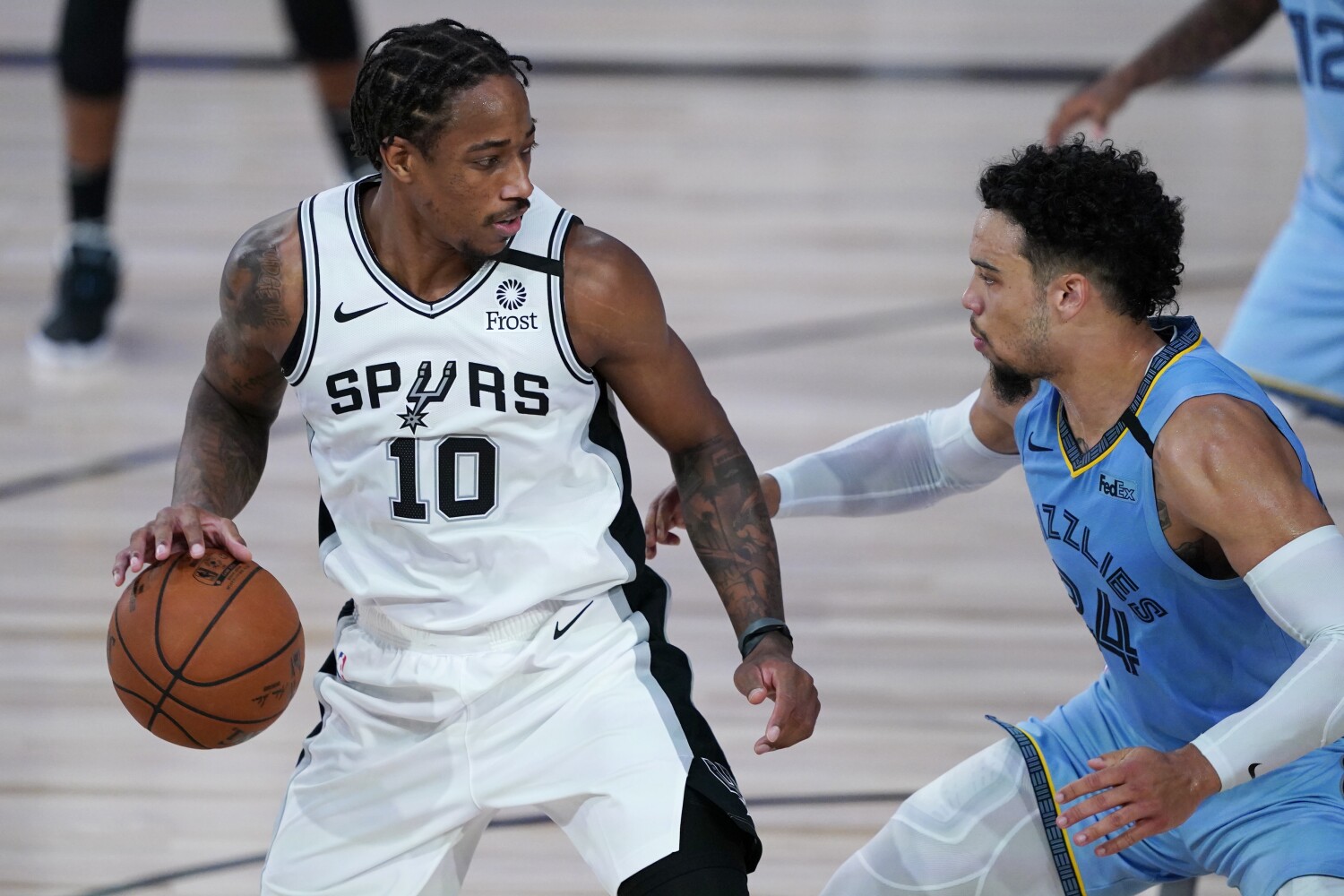 Let’s just get right to it, shall we?

Does Los Angeles want DeMar DeRozan? If you listened to his response to the Lakers trade rumors last week, it sure as hell seems like the San Antonio Spurs guard wants Los Angeles.

“For me it’s just I’ve learned being in the league so long that you always want to be wanted,” he said on the “All The Smoke” podcast with Matt Barnes and Stephen Jackson. “So when you see things about teams wanting you, you can’t feel a certain type of way. You’d better feel good about it because there’s some motherf****** that’s not wanted. You don’t want to be that person. So to be wanted by a championship team that just came off a championship, to see that, how could you not feel some type of way? Especially me, being from L.A., it’s like ‘damn, my hometown team want me? They just came off a championship and they want me?’ It’s definitely crazy to be able to see that.”

You always want to be wanted.

That sentiment, tucked inside DeRozan’s much longer answer is not a throwaway line. It’s actually the heart of the question of not whether the Lakers can use DeRozan, but if they want DeRozan. That might read as if I’m splitting hairs. Use, want, need, who cares just as long as he brings the 22 points per game and 53% shooting he gave the Spurs last season, right?

Admittedly much of the debate I’ve been having on my radio show has been about his deficient three-point shooting. For his career, DeRozan is averaging 28% from downtown, and not even that last season, when he missed 75% of his attempts.

Given the success of the surround-LeBron James-with-shooters formula that has produced 10 LeBron trips to the NBA Finals, trading away guys who can hit that shot (in this rumored case, Kyle Kuzma and Danny Green) for a guy who can’t, appears counterproductive. But I would like to remind the analytics crowd out there that championship teams can live and die by the two.

Miami’s Jimmy Butler torched the Lakers for a historic 40-point triple double in Game 3 of this year’s Finals and he didn’t even attempt a three in that game. Butler, in fact, almost singlehandedly made an ostensibly lopsided Finals competitive despite making only four shots from beyond the arc in the entire series.

The last years of the Spurs dynasty, far from a distant memory, intersected with the rise of the three-point shooting revolution, even as San Antonio worshipped at the altar of the mid-range jumper.

The Lakers offense suffered droughts in the postseason because only James and Anthony Davis could consistently create their own shot and generate production when those corner threes weren’t falling. Last season, 71.1% of James’ field goals were unassisted, less than DeRozan’s 72%. There’s not a mid-range shot DeRozan can’t make, he’s a career 83% free-throw shooter, and is one of the most efficient restricted area wings in the league.

There are plenty of reasons why the Lakers should trade for him.

Which bring us back to the question: Do they want him?

To which I say, I sure hope so.

The most disappointing consequence of the departure of Lonzo Ball was losing the local guy, the player Southern Californians discovered in high school, saw play at UCLA and then, of course, with the Lakers. You don’t draft players for their backstory but it certainly feels like a bonus if you get it right, like Cleveland did with James.

Southern Californians discovered DeRozan in high school, at Compton High, then saw him play at USC before he was drafted by the Toronto Raptors in 2009. His voice betrays an unmistakable wish to come home.

There have been a number of cultural themes to emerge from this tumultuous year but one of the more important ones is this: Representation matters. That was true in politics, in which an openly gay man won a presidential caucus and a woman of color became the Vice President-elect.

It’s true in sports, where Dave Roberts, a Black man, and Kim Ng, an Asian-American woman, shattered glass ceilings. And it matters in smaller ways, like seeing a kid from Compton help the local team defend an NBA title. The way Byron Scott and Michael Cooper— from Inglewood and Pasadena, respectively — did so for the Showtime Lakers.

When I ask if the Lakers want him, this is what I am referring to. Is bringing a local kid home important to them? Despite its standing as one of the planet’s most famous franchises, there remains a mom-and-pop aspect to the way they do business. The word “family” gets tossed around a lot and that’s because the franchise has been a family business, the Buss family business, for more than four decades.

This is the time of the year — this week’s draft, the start of free agency two days later — when we start referring to players as assets rather than the humans they are. DeRozan is a citizen of this community, a four-time All-Star from Compton who grew up in awe of the purple and gold. His offensive skills will fortify the Lakers’ status as the odds-on favorites to repeat. His leadership, particularly his courage in sharing his mental health struggles because “you get to a certain age where you feel like it’s all about helping others,” will make the locker room and the community stronger.

Corey Seager to face his brother, Kyle, for the first time