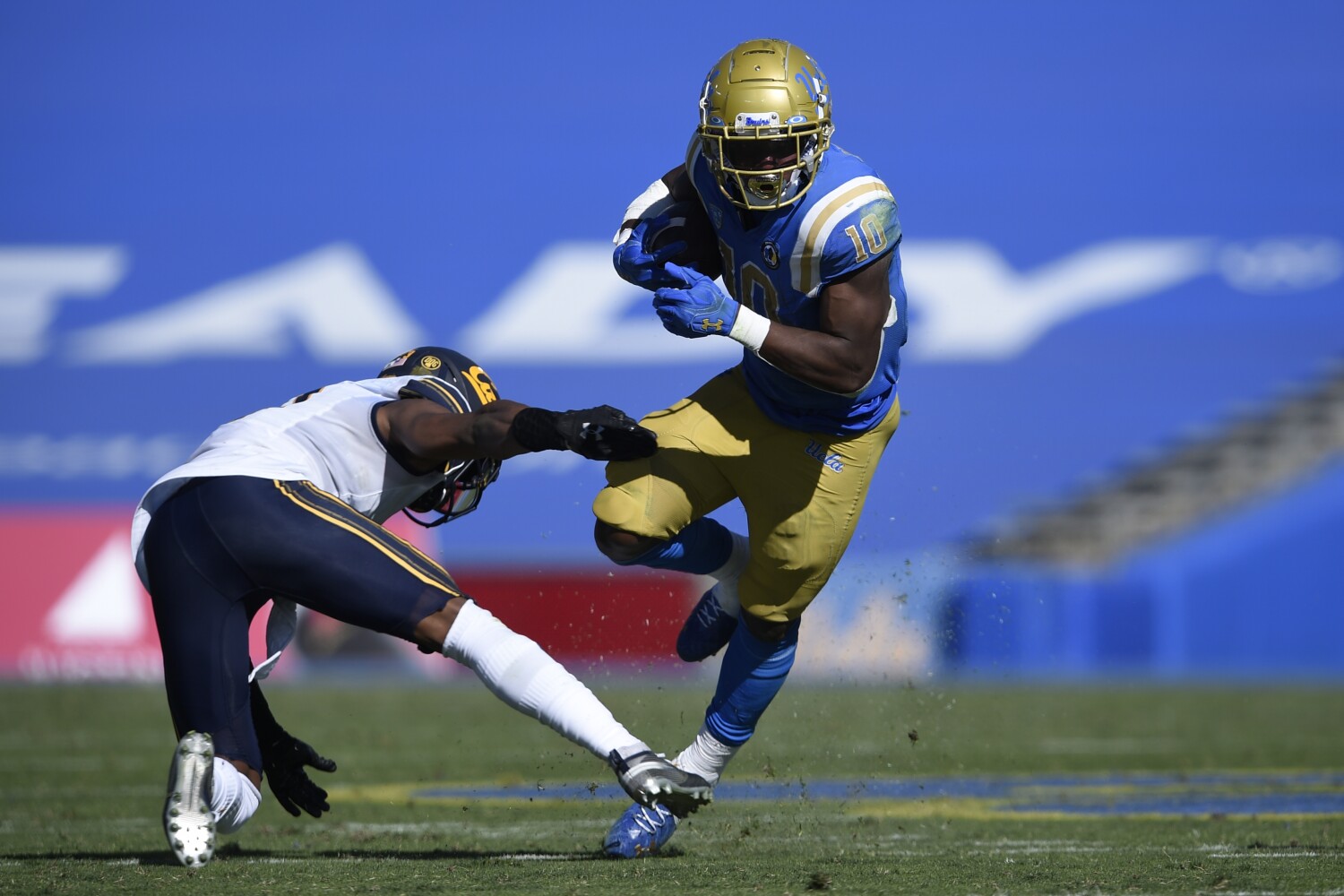 Chip Kelly will return to the home of his greatest football success this weekend having just run the closest thing to his famed Oregon blur while at UCLA.

The Bruins’ increased tempo helped them pulverize underprepared California during a 34-10 victory Sunday at the Rose Bowl, Kelly realizing that going faster might present an advantage against a team facing unique challenges amid the pandemic.

“Their D-line hadn’t practiced in two weeks,” Kelly said Monday, “and we felt like we could wear them down because of their lack of depth.”

UCLA rolled up 440 yards of offense against a defense missing tackles Aaron Maldonado and Stanley McKenzie, and the Bruins were especially productive during a second quarter in which they scored touchdowns on three of four drives to take a 27-10 halftime lead.

The quickened pace drew raves from quarterback Dorian Thompson-Robinson and running back Demetric Felton Jr. for its ability to confound the Golden Bears, leading to an obvious question: Is it something the Bruins would consider doing more of under a coach whose UCLA offenses have mostly plodded along?

“It depends on who we’re playing and what our game plan is, what tools you use in your toolbox,” Kelly said. “You know, they had some things that we felt like we could use in this game. There will be some carryover from some things from one game to another game plan, that’s part of really what happens on a weekly basis.”

Kelly has said he never promised to run his Oregon offense upon his hiring at UCLA and would tailor his approach to his personnel. He may have to get creative Saturday against the No. 11 Ducks (2-0) at Autzen Stadium given that the Bruins (1-1) are two-touchdown underdogs.

Kelly certainly wasn’t about to give back his team’s first victory of the season even though it came against an opponent that had not played this season and reportedly was forced to sit quarantined defensive linemen in buffered seats on the back of the team plane.

“There’s no asterisks in life,” Kelly said. “I don’t know how that works. Do you guys write a column with an asterisk on it saying that this column doesn’t count? I mean, they all count, there’s a scoreboard for everything, so we played a game on Sunday and it counts. If we had lost, I wouldn’t say, ‘Hey, put an asterisk on it, that game doesn’t count.’ I mean, that’s just not the way it works.”

The cancellation of UCLA’s game against Utah added the Bruins to a growing list of Pac-12 teams that may not get to play every opponent within their division, leading to concerns about the legitimacy of crowning a champion from each division.

Kelly said he was unsure if UCLA might be able to make up its game against the Utes on the open date after the Dec. 18 conference championship, assuming neither team was involved in the title game. The coach had been told before the season that the open date would be used to match the Pac-12’s No. 3 team versus its No. 4 team and on down the conference standings unless those teams had previously played this season.

“It’s 2020, bro, so you better be nimble,” Kelly said. “The fact that we’re really going to argue about how the scheduling part works, I think that’s a little pretentious on our part, to be honest with you. Let’s just be grateful we can let these players play in a safe environment and if it means there’s some controversy over who the South and North champ is, if that’s the worst-case scenario that ever comes out of this but nobody gets sick, nobody gets hospitalized, nobody goes on an incubator, then I think we’ve done a really good job.”

Graduate transfer defensive back Qwuantrezz Knight saved UCLA from a penalty against Cal when he counted the players on the field before a punt and noticed the Bruins were one player short. Knight ran onto the field and took the missing player’s spot even though he doesn’t normally play that position. “He’s that attuned to what’s going on,” Kelly said. … UCLA has not been known for generating much of a pass rush under defensive coordinator Jerry Azzinaro, but the Bruins lead the Pac-12 with six sacks through two games. Kelly said the early success was largely a function of prioritizing speed. “It was part of our thought process of, you know, we needed to get faster on the defensive side of the ball, and that’s at every position,” Kelly said. Linebacker Caleb Johnson leads the Pac-12 with 2½ sacks, and defensive lineman Osa Odighizuwa is tied for fourth with 1½.