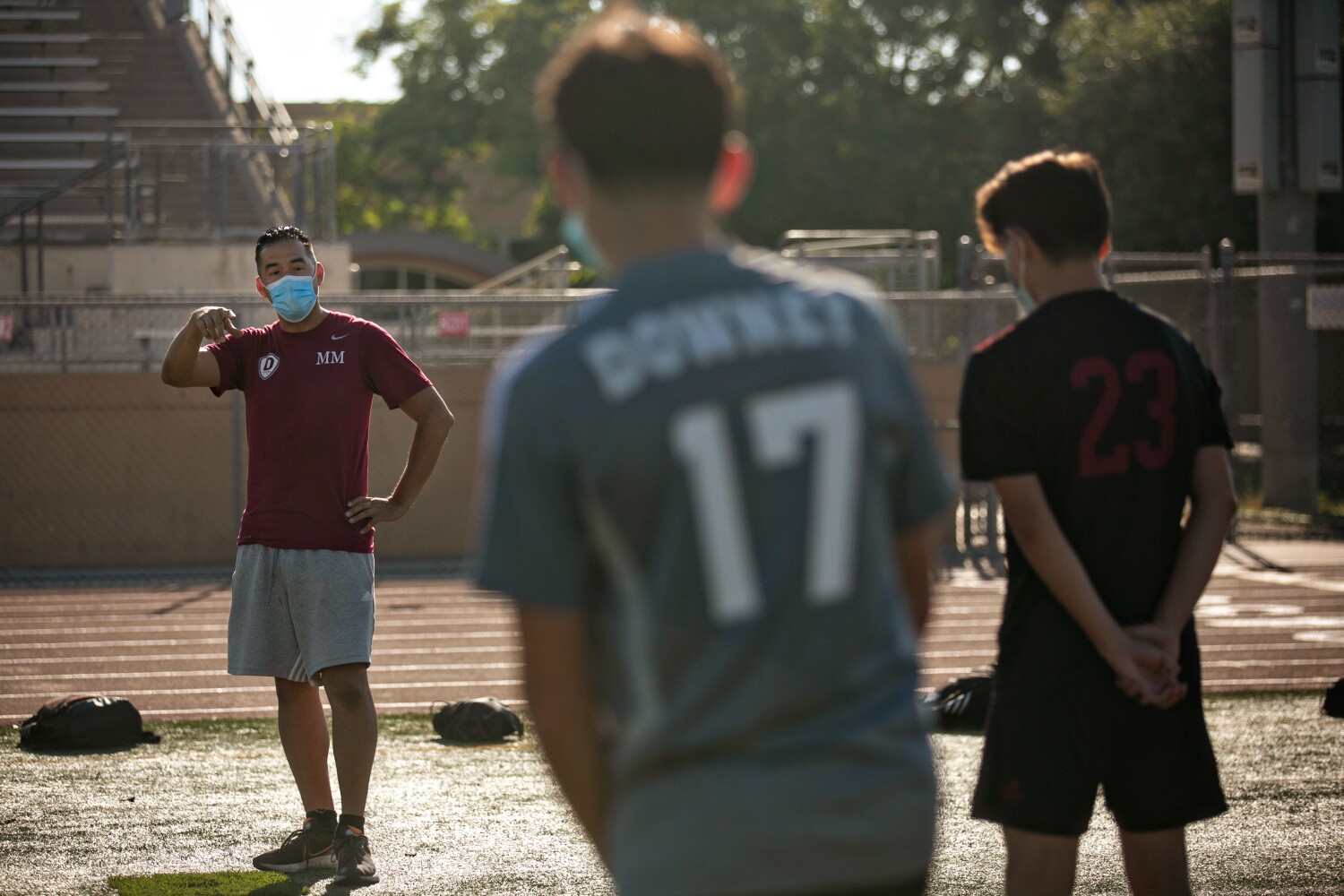 Those plans are on hold after Gov. Gavin Newsom and health secretary Dr. Mark Ghaly announced Monday that they were postponing the release of updated guidance because of a statewide spike in COVID-19 positivity rates.

The CIF released a statement in response, saying, “The current guidance remains in effect, and CIF competitions are not allowed until new guidance is provided.”

The guidelines were last updated on Aug. 3 and allowed schools to hold conditioning and workouts under strict local health guidelines, such as social distancing and sanitizing equipment. Without updated guidance, football teams can’t move forward to more advanced workouts and no competitions are allowed.

In talks with the governor’s office and state health officials, one CIF proposal was to allow sports to return depending on the local county color tier for COVID-19 transmission. It remains to be seen whether the state accepted the CIF proposal.

Newsom confirmed he had approved new guidelines but the COVID-19 surge resulted in not releasing the guidelines.

Since June, schools in the strictest purple tier have been engaging in conditioning and workouts while waiting for additional guidance, particularly football teams that have been unable to practice blocking and tackling techniques while facing obstacles with lifting inside a weight room.

Official football practice is supposed to start Dec. 14 in the Southern Section and City Section, with games on Jan. 7-8. But the City Section, made up of mostly Los Angeles Unified School District schools, is expected to delay its start date because LAUSD will not allow students to compete until it’s safe to return to the classroom, and that’s not likely until January at the earliest.

Each week that passes without new guidelines increases anxiety and concern among coaches, athletes and parents that the 2020-21 sports season is slipping away.

Games in volleyball and water polo were supposed to start next month. Those dates are in jeopardy depending on how long it takes for the state to offer new guidelines.

Hernández: Freddie Freeman may be MVP, but it was Mookie Betts’ year

Santa Anita has a surge in COVID-19 cases