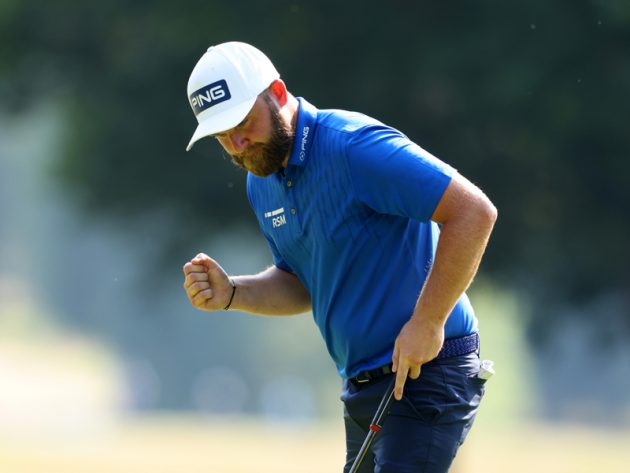 The Englishman shot an incredible 27 under par at Hanbury Manor to win the title by seven strokes over Adrian Otaegui.

It is Sullivan’s first win in almost five years after is Portugal Masters triumph in October 2015.

He won all three of his previous European Tour titles in 2015, which helped him earn a spot on Europe’s 2016 Ryder Cup team.

The 33-year-old was emotional in victory and pointed to the sky after holing a birdie putt on the 18th, after losing his brother-in-law two years ago and another close friend recently.

Currently 148th in the world, Sullivan moves back inside the world’s top 100.

Adrian Otaegui was second with Rasmus Hojgaard in third.

Hojgaard is on an incredible run of form after a 2nd at the British Masters and a T6th at last week’s Hero Open.

The young Dane is set to move inside the world’s top 100 for the first time.

South Africa’s Wilco Nienaber was fourth after only getting into the field due to John Catlin’s forced withdrawal after the American went outside the tour’s bubble to visit a restaurant.

GM Says: Appreciate The Opportunity Of A Return To Golf

Danny Lee Apologises For US Open Heads Off

Podcast: ‘How Can You Be Anything Other Than Impressed With DeChambeau?’