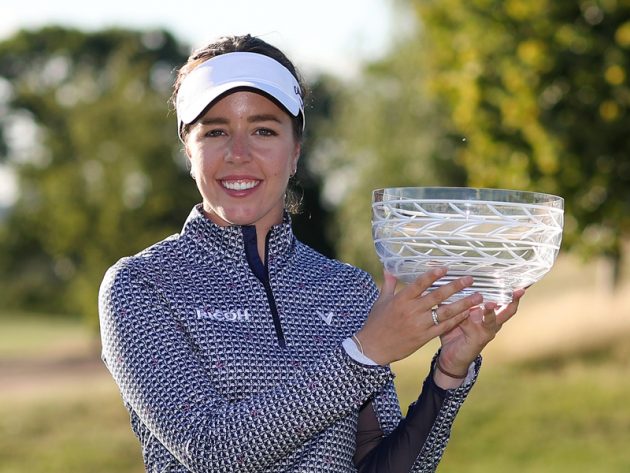 Georgia Hall has leapfrogged Charley Hull to lead the Rose Ladies Series Order of Merit heading into the three-event finale next week.

The Englishwoman dominated the seventh event at The Shire after shooting a five under par 67, the lowest score of the entire series so far.

Hall made seven birdies in her round to win by three strokes, with Liz Young and Kylie Henry in second at two under.

“I missed the first two events and thought I may have conceded too much ground in the Order of Merit race, but three seconds followed by two wins has been put me up there. It’s been consistent and, again, I played very solid today.” Georgia Hall said.

The 24-year-old is now in the driver’s seat to win the inaugural Rose Ladies Series title after three runners-up finishes and two wins in her five events.

Charley Hull, winner of the first event at Brokenhurst Manor, is in second.

Hull shot a one under par round of 70 at The Shire to finish T4th.

The series culminates next week from Wednesday to Friday with the first two rounds at North Hants and The Berkshire before the final 35 and ties head to the West Course at Wentworth.