A huge wildfire has broken out at Wentworth in Surrey, causing the golf course to be abandoned during the Rose Ladies Series final round.

The fire broke out locally and spread onto the West Course, the most famous of the Surrey venue’s three courses, this afternoon.

Sky Sports News reported that the fire broke out on the nearby Chobham Common and spread across the railway line over to the course.

The BBC reported that eight fire crews were out tackling the blaze on Chobham Common, which started just after midday.

The wildfire looks to have hit the area around the par-3 10th hole hardest, and crews are on-site trying attempting to stop the spread. 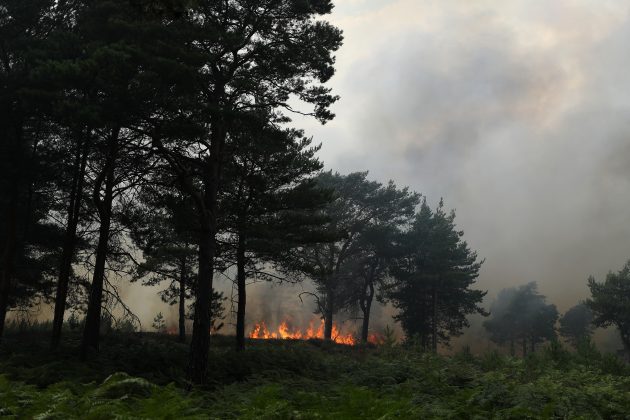 A general view as police and event staff assess a fire and smoke as it nears the 10th hole during day three of The Rose Ladies Series on The West Course in the first ever ladies professional event at Wentworth Golf Club on August 07, 2020 in Virginia Water, England. (Photo by Naomi Baker/Getty Images)

The Wentworth Estate is heavily treelined and pictures showed the fire burning throughout the forest.

Thankfully nobody has been injured. 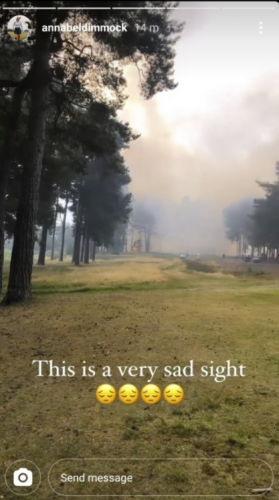 Yello Helmet @RealSurrey is reporting that the fire is now a Major incident as it could spread to the nearby Longcross Film Studios and residential areas. 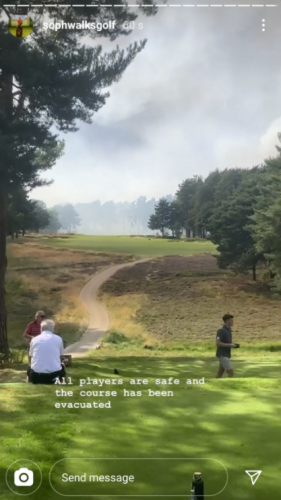 Temperatures in England were getting close to 40 degrees celsius on Friday.

Players were evacuated from the course, which was hosting the final round of the Rose Ladies Series.

Play is set to resume tomorrow at 9.30am.

The West Course at Wentworth hosts the BMW PGA Championship each year and is due to host again in October.

The club is also home to offices of the European Tour.

Wentworth has three courses, the West, East and Edinburgh as well as tennis and spa clubs.

Related: PGA Championship Live Stream: How to watch the USPGA

US Open Tee Times – Second Round