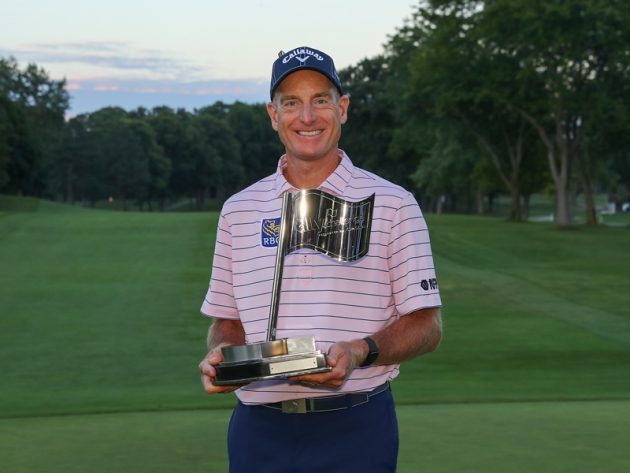 Jim Furyk turned 50 during lockdown and has now become the first player since 2014 to win on their PGA Tour Champions debut.

The American teed it up in Ally Challenge this week in the first event back for the Champions Tour and finished at 14 under to beat Retief Goosen and Brett Quigley by two.

Quigley finished bogey-bogey to hand Furyk the title, with the 2018 US Ryder Cup captain shooting a bogey-free four under 68.

He becomes the first player to win on their Champions Tour debut since Miguel Angel Jimenez in 2014.

Furyk has tasted success at Warwick Hills GC in Michigan before, where he won the 2003 Buick Open.

He has played in five PGA Tour events since the restart and made five cuts.

It remains to be seen whether he plays full-time on the over-50s circuit or balances his time between that and the main tour.

“I’m the 19th person to come out and win their first event on the PGA Tour Champions,” Furyk said.

“It sounds so ordinary when you say it that way. Wow, I’m amazed. It felt pretty darn hard to do.

“Just excited to be able to come out here first week and play so well and get a win, it’s an honour. A lot of good players in the field.

“I enjoy coming back to Warwick Hills, a place that I had a lot of success in my career, a golf course that I really enjoy. Feel like I know it really well.”

Haotong Li What’s In The Bag?

ANA Inspiration Live Stream – How to watch the Major