Instead of taking a penalty drop, Sjoholm took a boat to play a shot from an island at the Forest of Arden 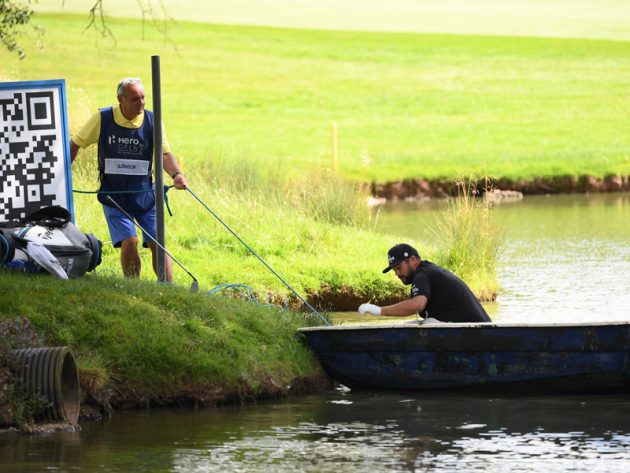 Joel Sjoholm needed to get on a boat to play a shot during the Hero Open.

The Swede hit his ball onto Henderson’s Island on the 17th hole and instead of taking a penalty drop, he took a boat!

He grabbed a few clubs and just about made it onto the small boat and pulled himself over to the the island with a rope.

When he was there he had to move some sponsor signs and eventually played his ball back into safety.

That was only half the battle, as he had to get back onto the boat and pull himself back to shore.

He eventually made bogey and carded a 73 to finish in T22nd at nine under.

Watch the funny clip below from Sky Sports:

“How was your back 9 Joel!!! Pretty smooth Sailing I would argue,” he joked on social media after his round.

His one and only big-time pro win came at the Italian Challenge Open in 2017 on the Challenge Tour.

How To Watch The European Tour UK Swing

Northern Lights: A Trip To Brora And Dornoch