Rory McIlroy begins his quest for a fifth Major title this week at the PGA Championship.

The World No.3, incredibly, hasn’t won a Major in six years since he picked up his second Wanamaker Trophy at Valhalla in 2014.

McIlroy has had ten top-10s since then but has seen rivals live Brooks Koepka and Jordan Spieth both win at least three Majors in that period.

Rory will likely be putting himself under pressure to add to his Major tally, although he says “it doesn’t keep me up at night.”

“It doesn’t keep me up at night and I don’t think about it every day, but when I play these Major championships, it’s something that I’m obviously reminded of,” he said.

“Yeah, look, I would have liked to have won a couple more Majors in that time frame, and I feel like I’ve had a couple of decent chance to see do so and I just haven’t got the job done.

“But the good thing is we have at least three opportunities this year, and then hopefully if things normalise going forward, four opportunities. 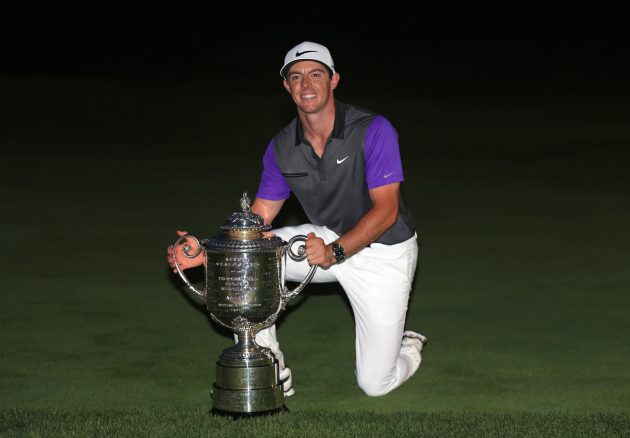 “So we’re playing seven Major championships in the next 12 months basically.

“I’ve got plenty of opportunities coming my way.

“I think everyone that stands up here wishes they would have won more and would have played better and all that stuff and I’ve given myself chances, I just haven’t been able to capitalise on them.”

Brooks Koepka defends the PGA Championship this week at TPC Harding Park, where he could become the first man since Walter Hagen in 1927 to win three consecutive Wanamaker Trophies.

ZOZO Championship Live Stream – How to watch the event