Check out our PGA Championship weather forecast ahead of the first Major of 2020. 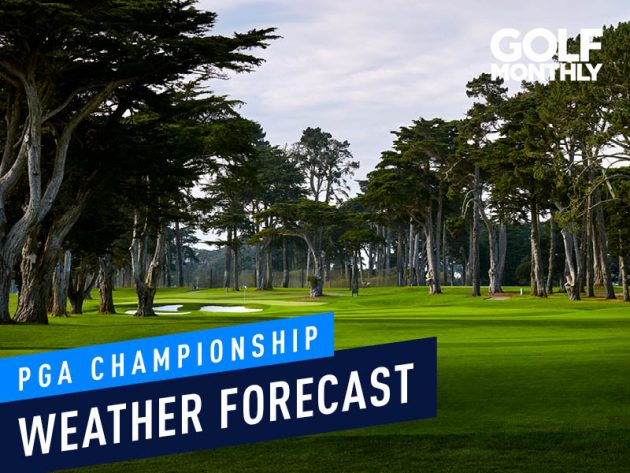 Winning a PGA Championship is hard enough because the course is often set up in its most challenging way. But in 2020 there could be an added element to add to the mix too with the weather possibly playing a big part.

Situated in Lake Merced Park, the course seemingly juts out into the Pacific which could mean wind and adverse weather conditions. Let’s take a look at the forecast for the week.

Between mid-June and October is traditionally the best time of year in terms of weather in San Francisco. It tends to be at its hottest during that period so given the tournament is taking place in that window, what weather can be expect during the week?

Well right now the forecast is pretty standard and perhaps the longest hitters will be excited at the presence of little wind throughout the week.

The first day of play on is scheduled to be a cloudy day with a moderate temperature and little chance of rain. The wind is forecast to be gentle earlier on in the day getting slightly stronger as the days play goes by.

More of the same with the sun possibly peaking its head out in the afternoon.

Saturday and Sunday are both expected to have cloud, sun and fresh breezes as well.

If the wind in particular does decide to show up, we could be in for a dramatic and challenging tournament.

As such we will update this forecast throughout the week at the PGA Championship.

What You Can Learn From Bryson DeChambeau

Sophia Popov What’s In The Bag?