You have to play phenomenally to break 60, so it’s no surprise the PGA Tour club has just 10 members while the European Tour just one…

Players Who Have Broken 60: Golf’s Most Exclusive Club

Geiberger was the inaugural member of the 59 Club, putting his wonder score together during the second round of the 1977 Memphis Classic at Colonial Country Club.

Geiberger, who obviously became known as Mr 59, crammed 11 birdies and an eagle into his 13-under par round, and went on to win the tournament, despite not bettering 70 in his other three rounds. 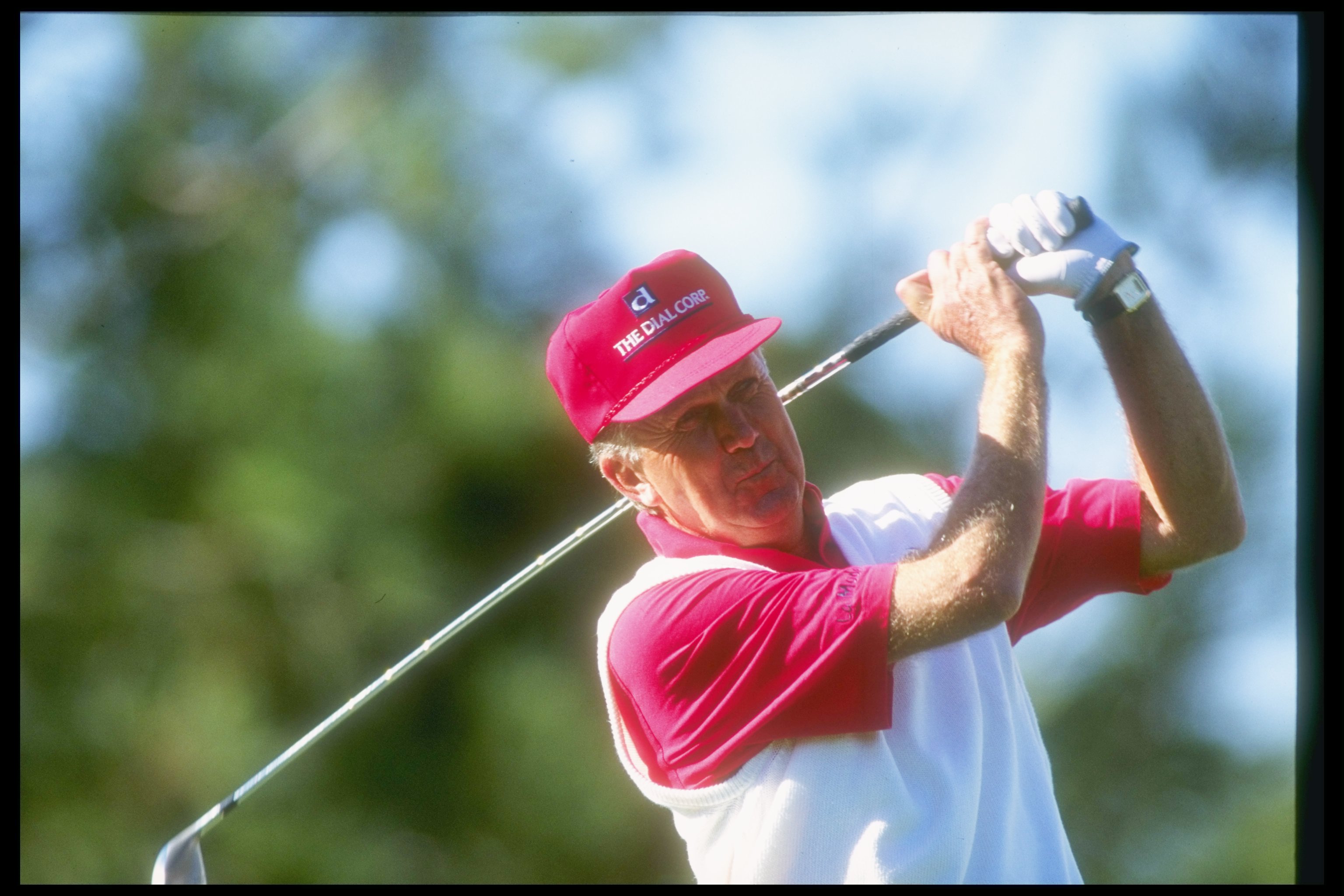 Beck’s 59 came during the third round of the 1991 Las Vegas Invitational at the Sunrise Golf Course. He opened up with a 40-footer for birdie on his first hole – the 10th – and never let up, adding 12 more birdies.

Sunrise was a late replacement for Spanish Trails, and many players felt a 59 might be possible as the course was short, flat, new and never really designed to host a tournament.

Beck didn’t mind either way as the Hilton Corp hotel chain had put up a $500,000 bonus if anyone could shoot 59, with a further half million going to junior golf and PGA Tour charities – phenomenal sums given that the typical winner’s cheque that year was $180,000. 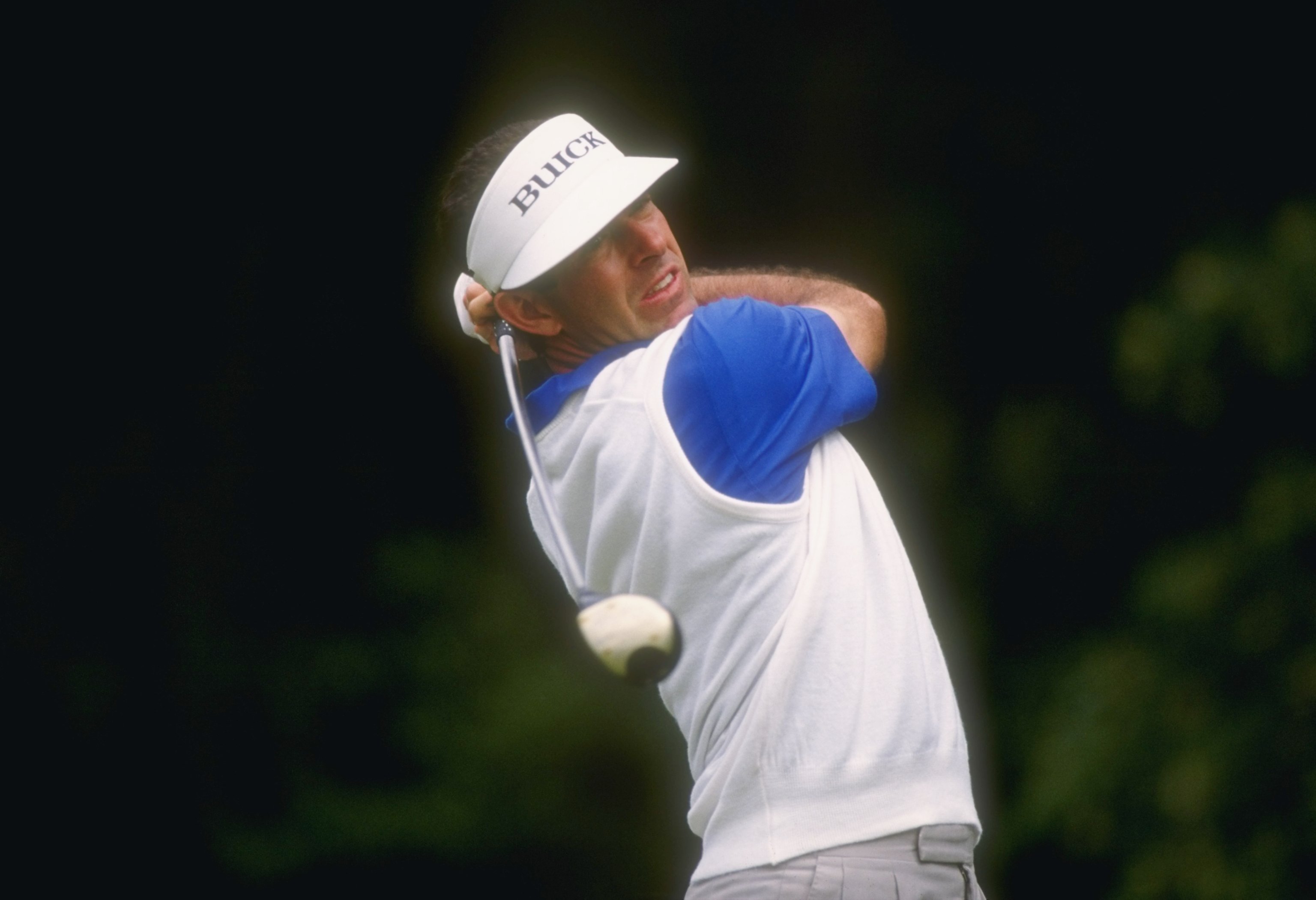 Double D could play a bit in his heyday, nowhere more so than in his highly impressive 59 during the final round of the 1999 Bob Hope Chrysler Classic.

Duval had already compiled 11 birdies heading into the 18th, before memorably hitting it close on the par-5 finale and rolling in the six-footer for eagle.

Most impressive of all is that Duval had birdie or eagle putts on 17 holes and only four of those were outside 10ft. He won the event by one from Steve Pate. 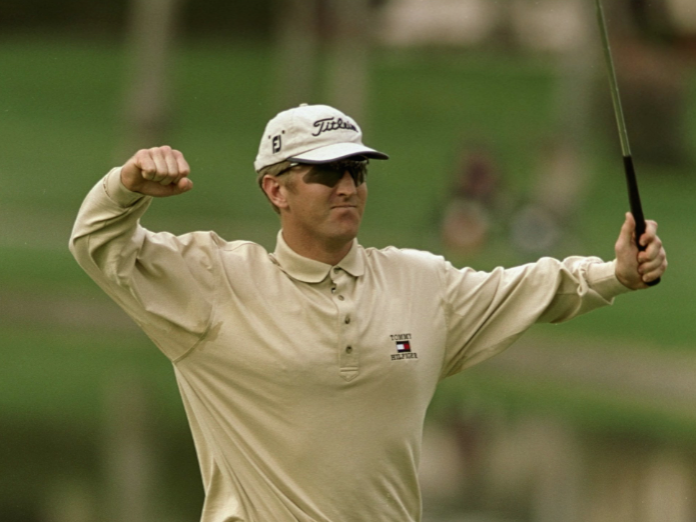 Goydos needed just 22 putts in his opening 59 at the 2010 John Deere Classic, shooting an eight-under par 28 on the back nine to match the lowest nine-hole score in relation to par in PGA Tour history.

Incredibly, he only led by one from Steve Stricker, the only man in PGA Tour history to shoot 60 in the first round and find himself trailing! 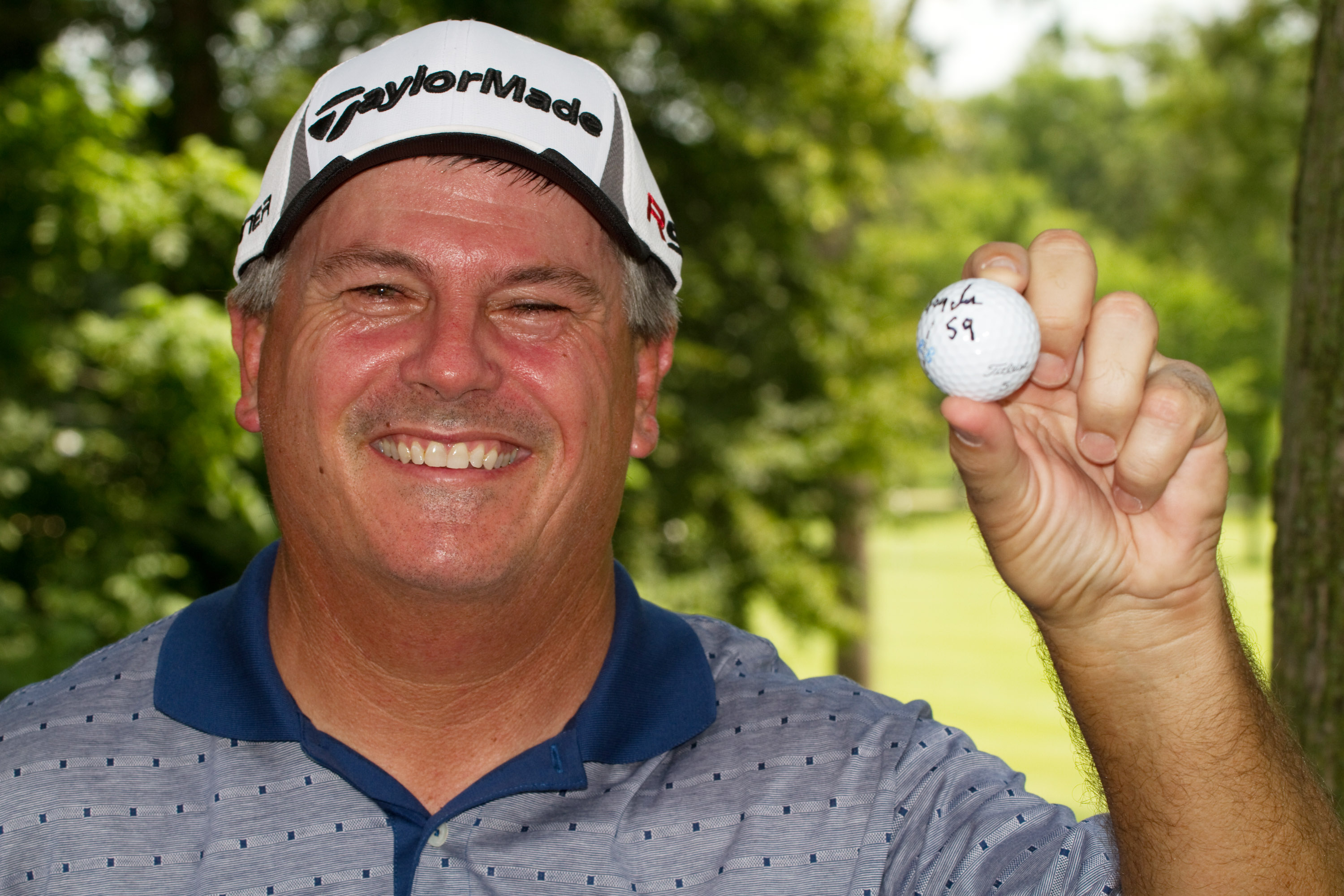 2010 was a vintage year for 59s with Stuart Appleby holing a curling left-to-right 15-footer to not only join the 59 Club but also claim the Greenbrier Classic in dramatic fashion.

Six-under to the turn, Appleby bagged an eagle on 12 and then a trio of birdies to close out his round and pip Jeff Overton by one. 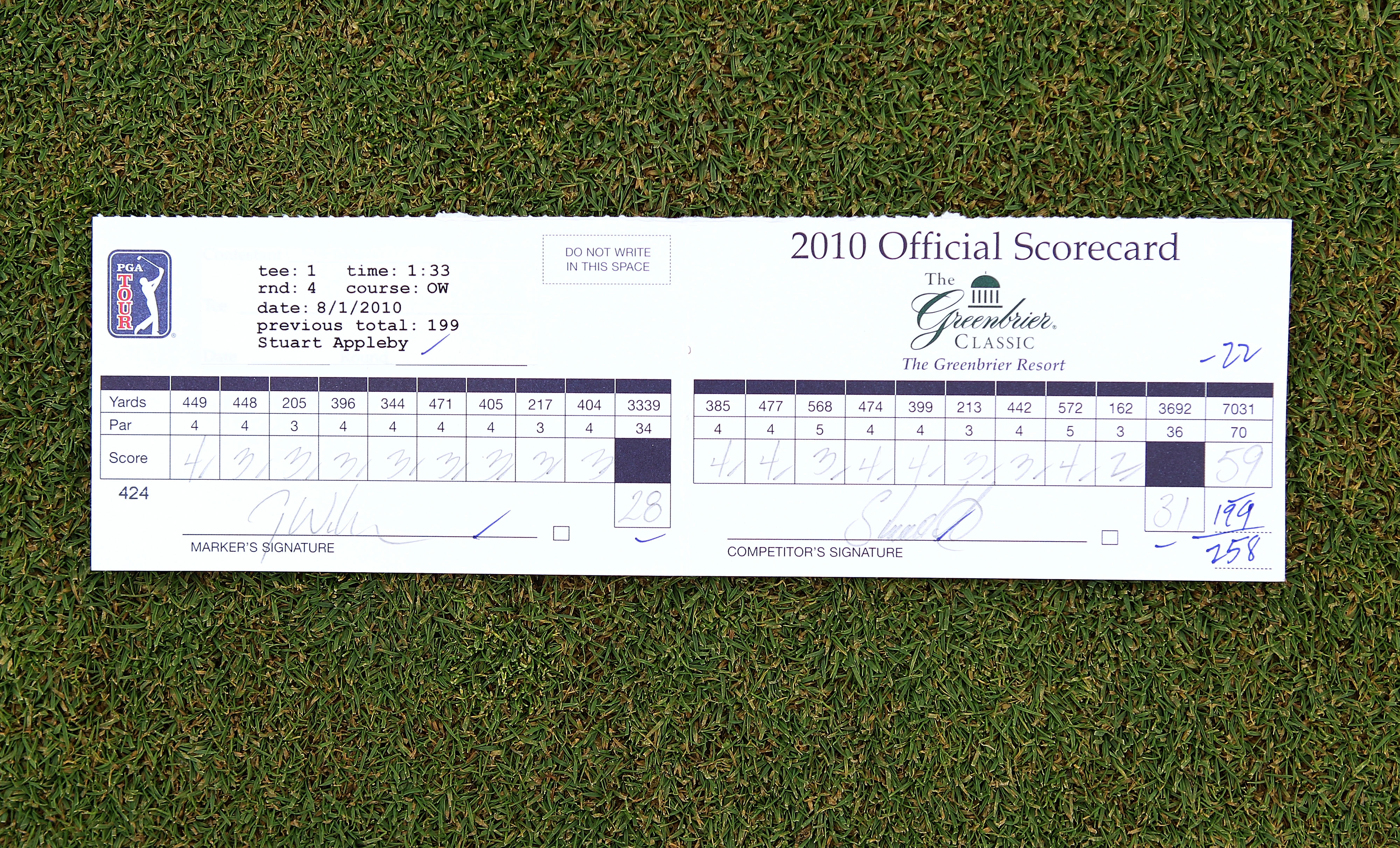 Furyk’s 59 came in the second round of the BMW Championship in 2013. After a solid start playing the back nine first, his round really got a lift when he holed out from 115 yards on 15 with a wedge to be six-under after six.

Remarkably, Furyk bogeyed the 5th on his homeward run, but hit the magic number with a majestic wedge approach to three feet on his final hole before calmly rolling the putt in. 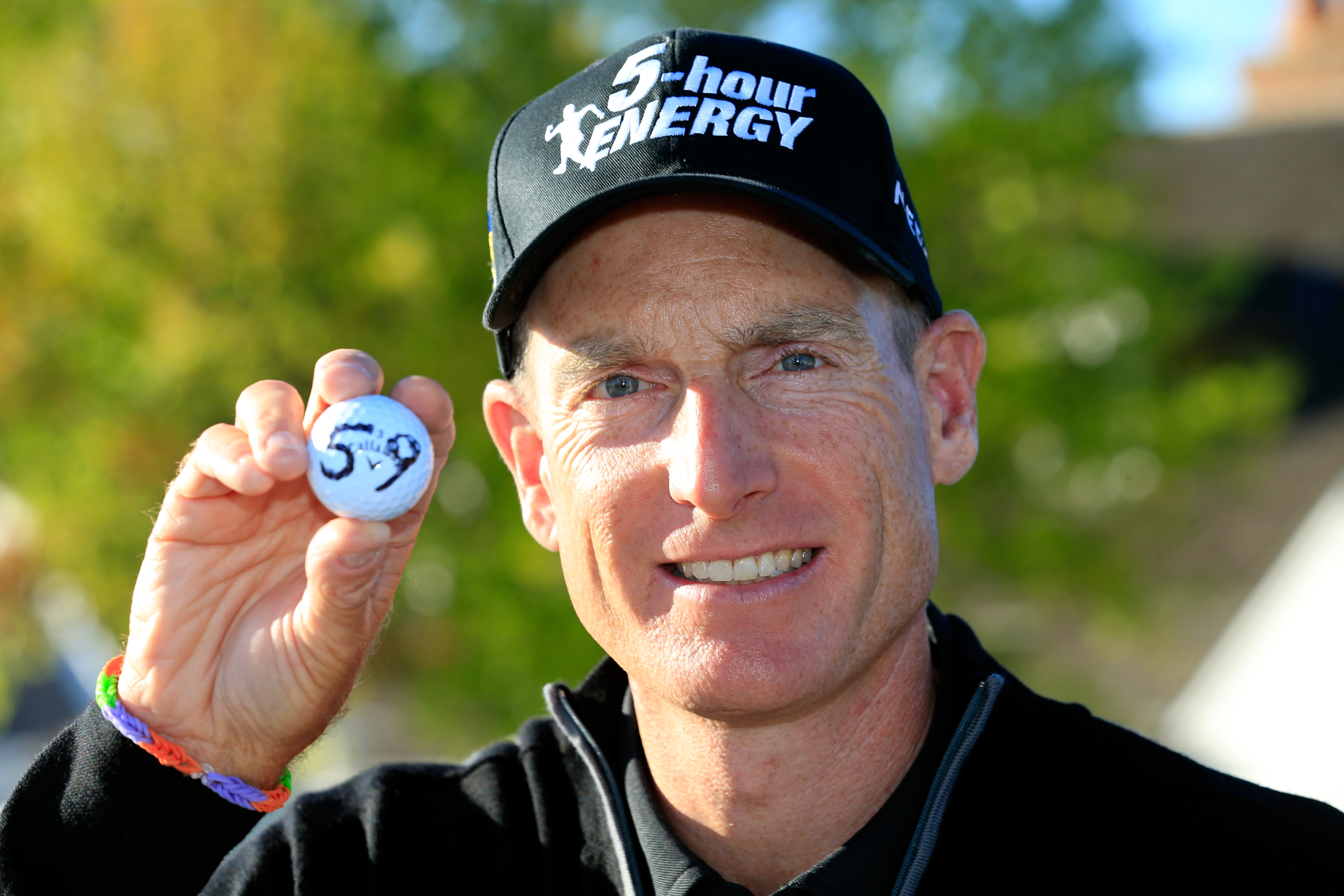 Thomas made his little piece of history en route to winning the 2017 Sony Open. He put this tournament straight to bed when he shot 59 in the opening round.

He eventually won by seven shots clear of Justin Rose in second place. 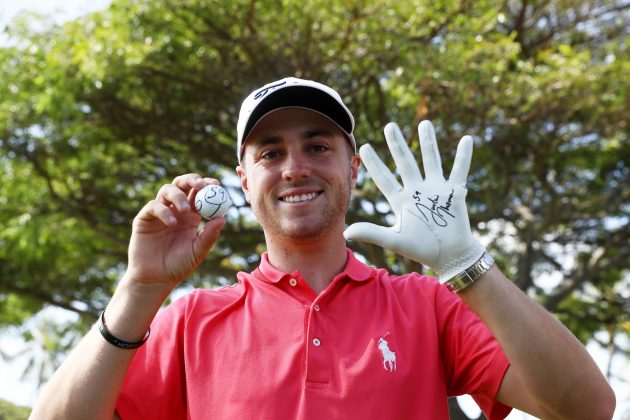 The Canadian Adam Hadwin took control of the 2017 CareerBuilder Challenge in round 3 when he shot 59 just a week after Justin Thomas had his low round in Hawaii.

Unfortunately for Hadwin he shot 11 strokes worse in the final round to score a 70 – this meant he lost out on the title by a single shot to eventual winner Hudson Swafford. 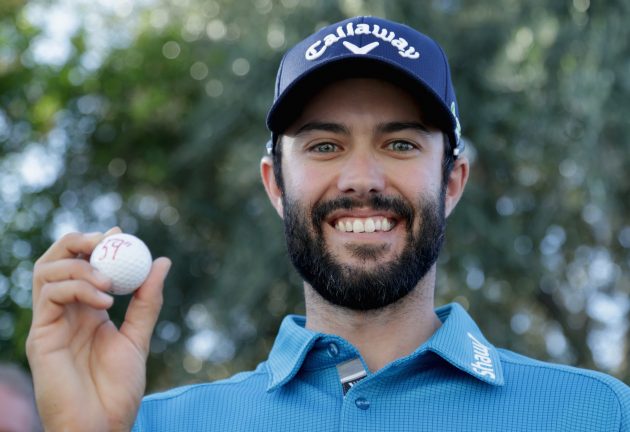 Brandt had his 59 in the opening round of the Wyndham Championship – but he did not have the tournament all his own way, having to shoot a 65 in the final round to hold off a charging Webb Simpson. 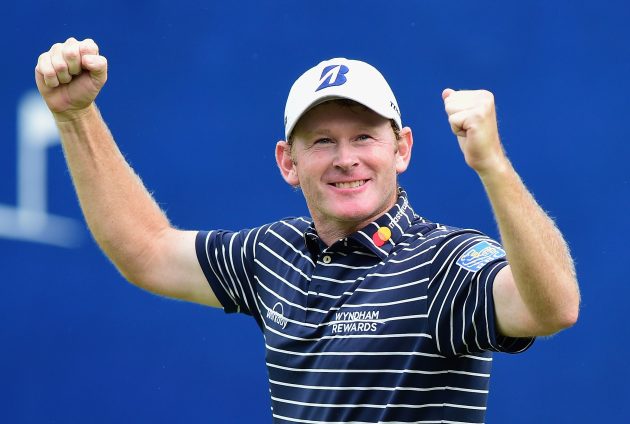 FINALLY  Oliver Fisher became the first person to break 60 on the European Tour in 2018 when in round 2 of the 2018 Portugal Masters he had 10 birdies and an eagle to shoot 59.

This performance in round two likely had an effect on him as he shot 69 and 70 over the weekend to finish in a tie for seventh. 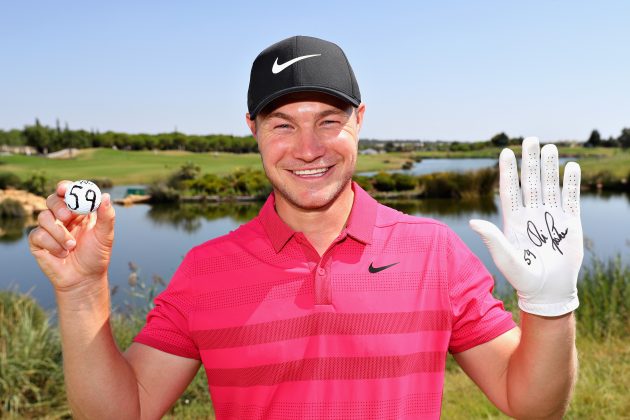 Kevin Chappell 2019 A Military Tribute To The Greenbrier

Golf is a strange sport, and this can be summed up with Kevin Chappell’s performance at the 2019 A Military Tribute To The Greenbrier – he shot an opening round of 71, followed that up with a flawless 59, which included a stretch of nine consecutive birdies.

Then failed to break 70 over the weekend to finish tied 47th. 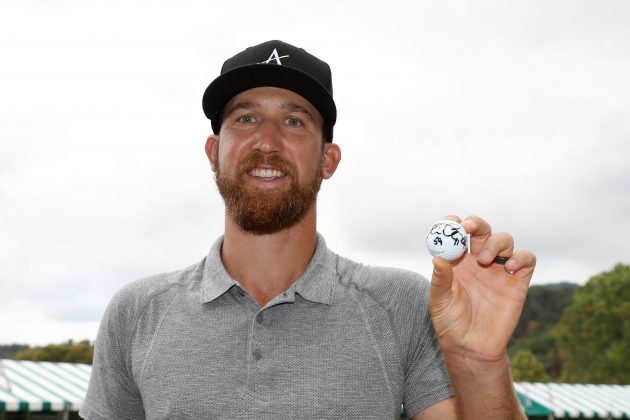 There of course has been one performance that tops the 59s – in the final round of the 2016 Travelers Championship Furyk started 16 shots behind leader Daniel Berger – having just made the cut on the number on the Friday and had a two-over-par 73 on the Saturday.

An Eagle and 10 birdies later he shot an incredible 58 and  managed to finish 5th and just three shots back from eventual winner Russel Knox. Furyk parred 5 of the final 6 holes… so it could have been lower! 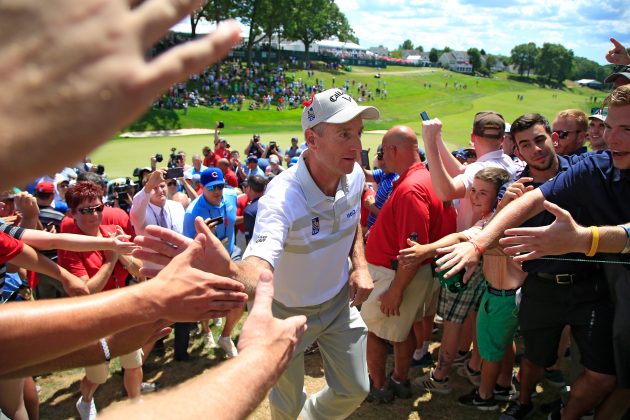 Two other players of shot rounds of 58 in a professional golf tournament Ryo Ishikawa on the Japan Golf Tour in 2010 and Stephen Jager on the Web.com Tour in 2016.

To keep up to date with everything going on in the world of golf check out the Golf Monthly social media channels.

5 British-Born Major Winners You May Not Have Heard Of