Belgium’s Thomas Detry has won the Worplesdon Charity Pro-Am in a stellar field, helping to raise big sums for Dan’s Fund for Burns and The Rainbow Trust

The Worplesdon Charity Pro-Am, organised by The Wasserman management company and hosted by European Tour stars, Andy Sullivan and Paul Waring, proved a huge success on Thursday June 25, 2020, the hottest day of the year. 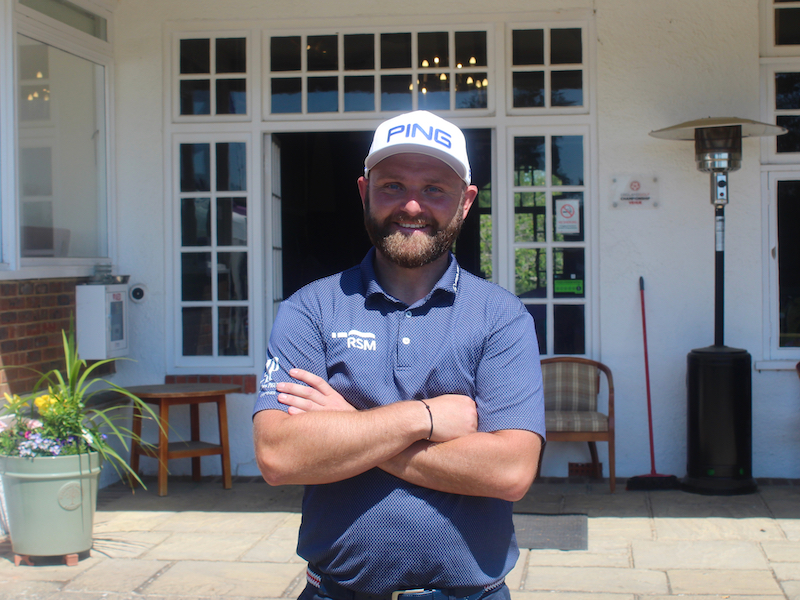 Some 50 pros from across the European Tour, PGA Tour Champions, LPGA, Ladies’ European Tour, Staysure Tour, Challenge Tour, EDGA and other tours came together in what was almost certainly the strongest field assembled for any golf tournament on UK soil this year. 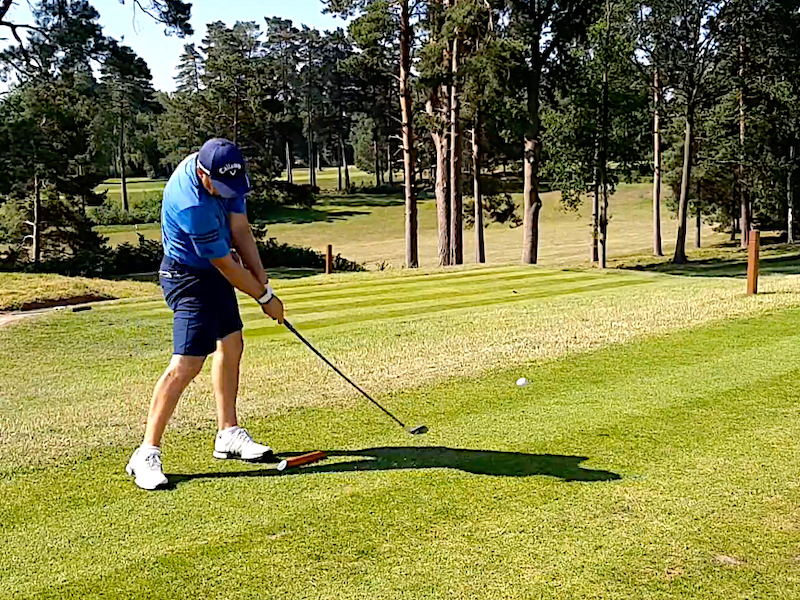 Jordan Smith, on the 5th tee here, was one of many European Tour winners taking part

Worplesdon, the famous Surrey heathland layout near Woking, which ranks among the UK & Ireland’s top 100 courses, was in superb condition and proved a worthy test for the star-studded field that had grown from strength to strength as word spread. 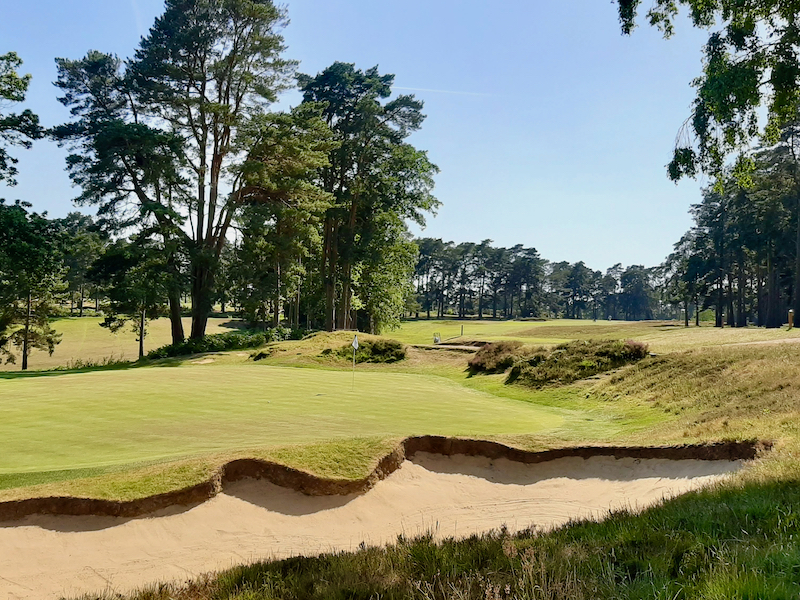 “I’d heard a bit about it from Sulli and Paul Waring,” Ross Fisher told us. “The guys at Wasserman contacted me to see if I was around. I looked at the calendar, and I was, so I thought it would be a great opportunity to catch up with all the guys and play a competitive round of golf. But first and foremost, it’s about raising as much money as we possibly can for these very worthwhile charities.” 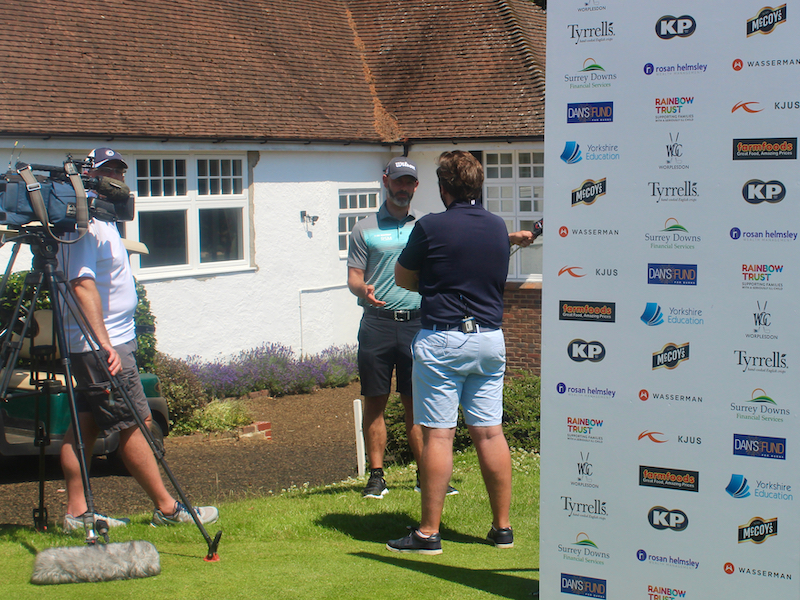 Co-host Paul Waring speaking to the media on the day

Those two charities were Dan’s Fund for Burns and the Rainbow Trust Covid-19 Emergency Appeal, and at the end of the day, the silent auction and raffle proceeds stood at £25,270 and £14,797 respectively, with both initiatives remaining open until Friday July 3. There are scores of incredible raffle prizes on offer for any keen golf fan, as you will see if you click on the raffle link below. 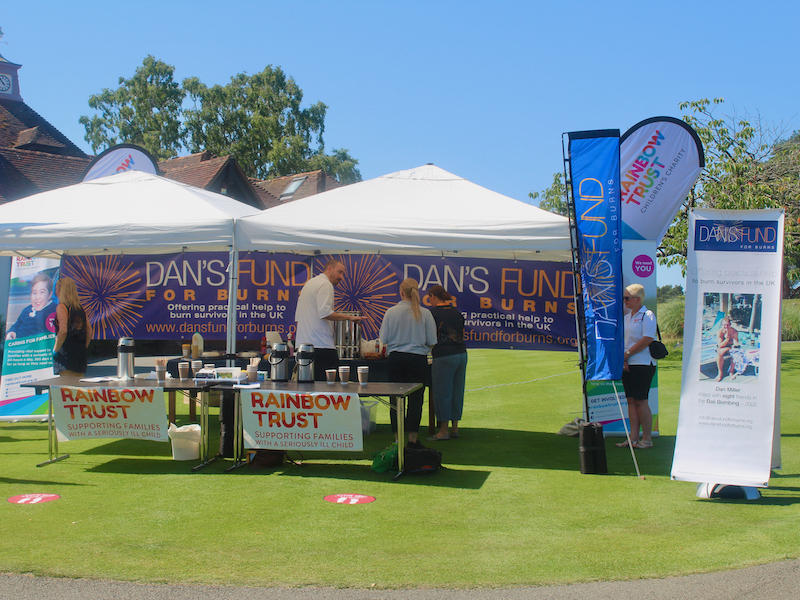 Belgium’s Thomas Detry, the highest-ranked male professional in the field, took the victory spoils in the individual event with an excellent 7-under-par round of 64. Sam Broadhurst, the +3-handicap son of two-time Senior Major Champion, Paul Broadhurst, was the leading amateur, finishing 2nd on 6-under-par playing with his father.

Georgia Hall finished inside the top ten along with eight-time Order of Merit winner and European Tour legend, Colin Montgomerie. 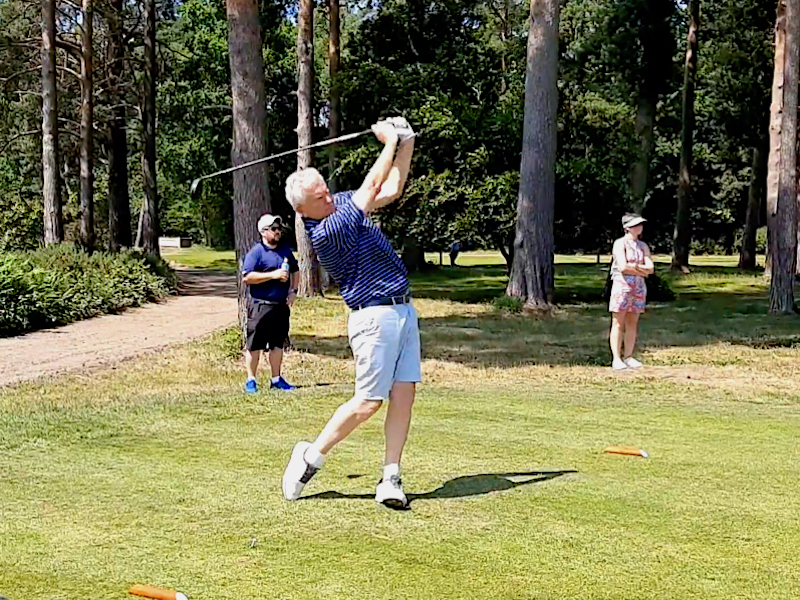 “Brendan Taylor of Wasserman who organised the event has become a good friend and he’s a member at Worplesdon,” Monty told us before his round. “He asked me if I would be able to come along and support two great charities, and I thought, ‘Hey, come on – this the first time, I’m sure, that pros and amateurs have had a medal card in their hand since March!’

“It killed an awful lot of birds with one stone and here we are enjoying ourselves to help those less fortunate than ourselves on the best day of the year, so we’re all winning.”

Dale Whitnell, who graduated to the European Tour from last year’s Q School, steered his team of Oliver Pike and Christopher Robinson to victory in the team event with an impressive score of 12-under.

“The support we’ve had from my fellow pros has been great – you can’t really buy that,” Waring commented after the event. “It’s fantastic that we’ve been able to raise vital funds for two such deserving causes too.”

“When the idea started out, I never thought it would turn out so big,” added Sullivan. “It’s been great to see an old-school club host an event like this – we got to play some competitive golf while raising money for charity too, which is advantageous to everybody.

“They’re both great charities and being able to raise as much money as we have for them during these difficult times has been fantastic.”

How Is A Golf Handicap Calculated?

Marc Warren What’s in The Bag?