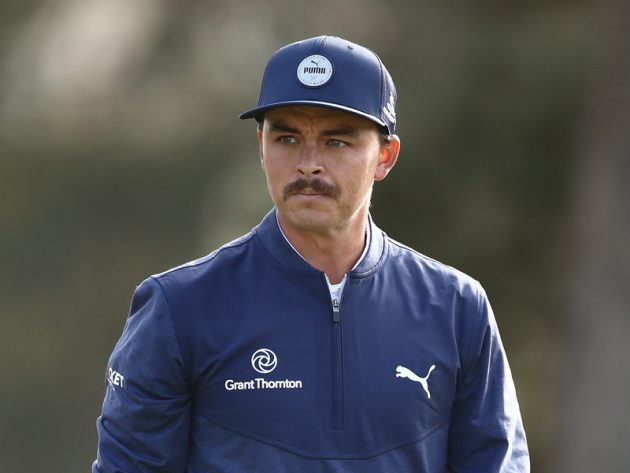 Rickie Fowler wasted a shot in the most annoying of ways during the second round of the PGA Championship.

The five-time PGA Tour winner missed his par putt on the 6th hole, his 15th of the day, and had around six inches to tidy up for bogey.

Fowler nonchalantly went to tap it in and whiffed it, with his putter head just grazing the top of the ball.

Because he intended to hit the ball he could not replace it and had to tap in from around five inches for double.

It dropped him to one over and a further bogey on his 17th hole left him at two over par and outside of the cut line.

We’ve all done it Rickie.

Fowler carded a 69 (-1) on Friday with his two over back nine looking costly.

The five-time PGA Tour winner shot three under on his front to get back to level par after a 73 on Thursday, although he sits at two over after 36 holes.

Rickie is currently on a streak of 14 consecutive Major cuts made, although that now looks in jeapoardy.

He currently ranks 32nd in the world.

“My Ultimate Goal Is To Carry The Ball 400 Yards”

How Do I Stop Losing My Golf Ball?