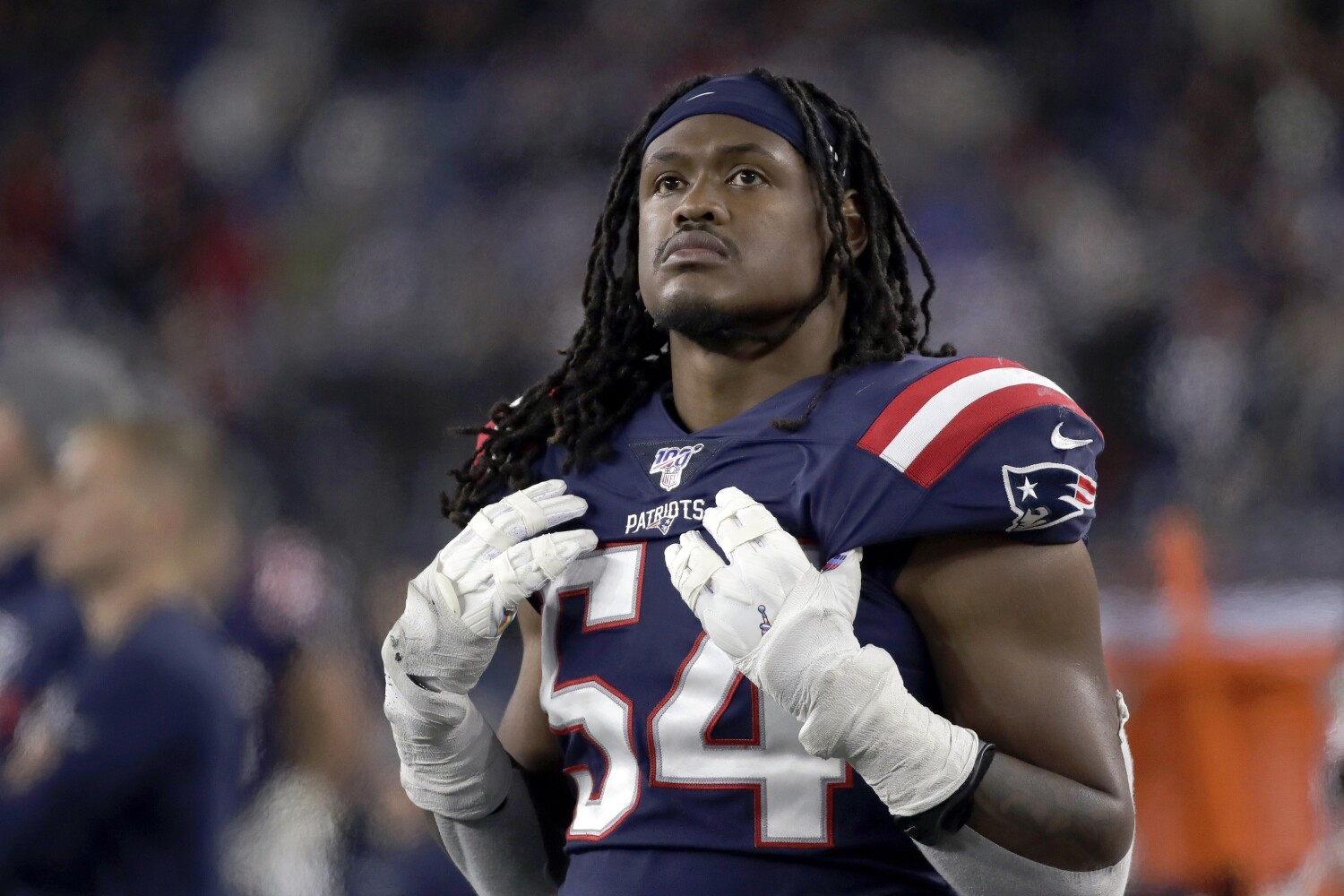 No need to wait for lab results. More than 20 NFL players already have decided a tenuous season in the age of coronavirus isn’t for them.

Those players, some of them standouts, have opted out of playing in 2020, a feature of the recently amended collective bargaining agreement that allows them to push the pause button on their careers.

The New England Patriots were jolted the hardest, with six players tapping out, among them linebacker Dont’a Hightower and safety Patrick Chung, fixtures on last year’s No. 1-ranked defense, and starting right tackle Marcus Cannon. All three players are in their 30s.

Meanwhile, players around the league reported to their teams Tuesday for the official start of training camps, which begin with four days of COVID-19 testing.

The opt-outs were a bruising combination punch to the gut of a New England franchise looking to regain its footing after the departure of quarterback Tom Brady. The Patriots have won a record six Lombardi Trophies since 2001.

“A lot of people, if they had Patriots stock, they can’t sell it fast enough,” said former NFL tight end Christian Fauria, who won a Super Bowl with New England, and now co-hosts a daily drive-time show for Boston’s WEEI radio. “It’s like Black Tuesday.”

But other fans think it’s all part of coach Bill Belichick’s master plan.

“People say, ‘He just found $24 million — and what do you think he’s going to do with that?’ ” Fauria said. “They think it’s going to bring in the second coming to Lawrence Taylor. I don’t feel like there’s a middle ground. There aren’t a lot of rational people who look at it for what it really is.”

The player sacrifices are real. Hightower was due $8 million in salary this season, and as much as $2.875 million in a roster bonus and incentives. He also is the father of a newborn son, and his mother reportedly has Type 2 diabetes.

“This wasn’t an easy decision, or one I made lightly,” Hightower wrote in an open letter to fans, “but I do feel that it’s the best decision for my family at this time.”

Chung’s second child is on the way, and Cannon was diagnosed with non-Hodgkin’s lymphoma heading into the 2011 NFL draft. The other Patriots to opt out are running back Brandon Bolden, fullback Dan Vitale, and guard Najee Toran.

NFL players have until Monday to opt out of the season. Those who do so for reasons directly related to their health — such as cancer survivor Cannon — will receive a $350,000 stipend from the league, whereas those who opt out for more general reasons receive $150,000.

Kansas City Chiefs guard Laurent Duvernay-Tardif, the only active player who is also a physician, was the first to opt out. Others to do so include several offensive and defensive linemen — Chance Warmack (Seattle), Andre Smith (Baltimore), Eddie Vanderdoes (Houston), Eddie Goldman (Chicago), Star Lotulelei (Buffalo), and others — who are nearly touching helmets with opponents before every snap, anything but social distancing.

Many of these decisions were made against the backdrop of a Miami Marlins coronavirus outbreak, with four more players on the baseball team testing positive Tuesday to bring the total to 17 within the traveling party.

“The NFL’s plan most closely resembles the MLB’s plan in terms of leagues in the United States,” said Dr. Zachary Binney, an epidemiologist at Emory University. “If you’re looking at it and saying, ‘Hey, what’s my risk?’ It’s clearly not zero. Exactly how high it is is hard to estimate. But we’re trying to make decisions under an awful lot of uncertainty, and I’m not going to fault a guy for saying he wants to play, or the risk isn’t worth it.”

Professional soccer leagues in England, Germany, Spain, and Italy successfully completed their seasons amid the pandemic. Binney attributes that to better control of the virus within those countries, not necessarily better protocols within the various leagues.

“I always compared MLB’s plan to the Bundesliga plan in Germany,” Binney said. “I thought the Bundesliga plan was great for Germany, but I always had my doubts that it would work out here in the United States, and now we’ve seen with the outbreak on the Marlins that it has not.”

Binney used a football analogy to demonstrate the importance of sticking to a league’s safety protocols.

“It’s kind of like an NFL defense,” he said. “If you’ve got nine guys out there following the coach’s program, but you’ve got two guys freelancing, it’s not going to be hard for a good quarterback to score on you.