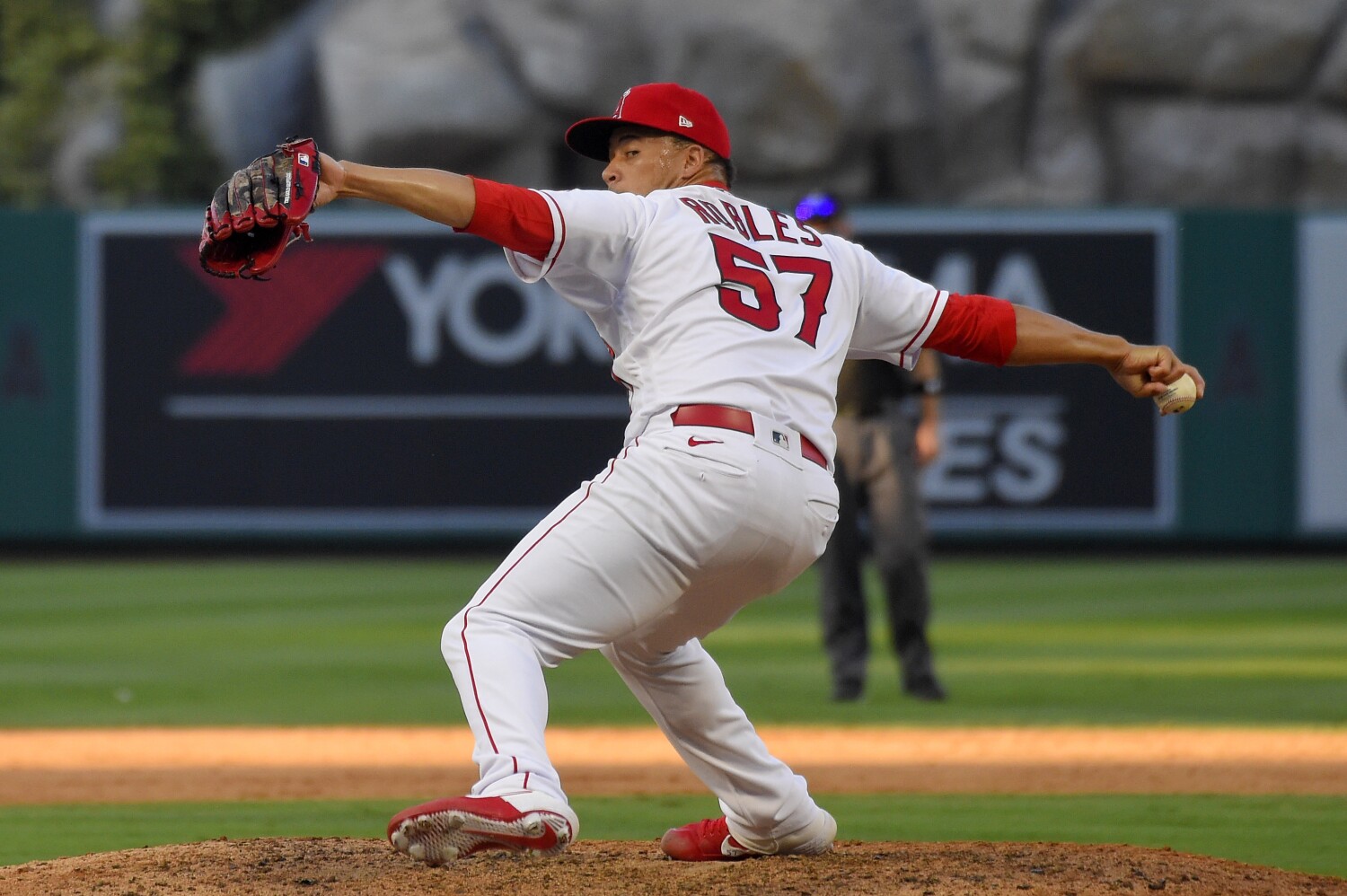 Angels manager Joe Maddon said closer Hansel Robles would not be available Sunday after pitching in two of the previous three games, including Saturday night’s blown save when he allowed a solo homer to Josh Reddick and a two-run shot to George Springer in the ninth inning of a 5-4, 10-inning Angels win over the Houston Astros.

But Maddon would not say whether Robles, who has allowed nine earned runs and three homers in 3 2/3 innings of four games this season for a 22.09 ERA, had lost his ninth-inning role.

“If, in fact, I wanted to do something like that,” Maddon said in a pregame videoconference call, “I would not tell you guys first.”

“He’s just off,” Maddon said of Robles. “You’ve all noticed there’s been a decline in velocity. We have to figure that out. On top of that, it’s a confidence issue too. You’ve got to pay attention to all of that. Mickey [Callaway, pitching coach] is on it. He saw some things and has some ideas, and we’ll see how it plays out.”