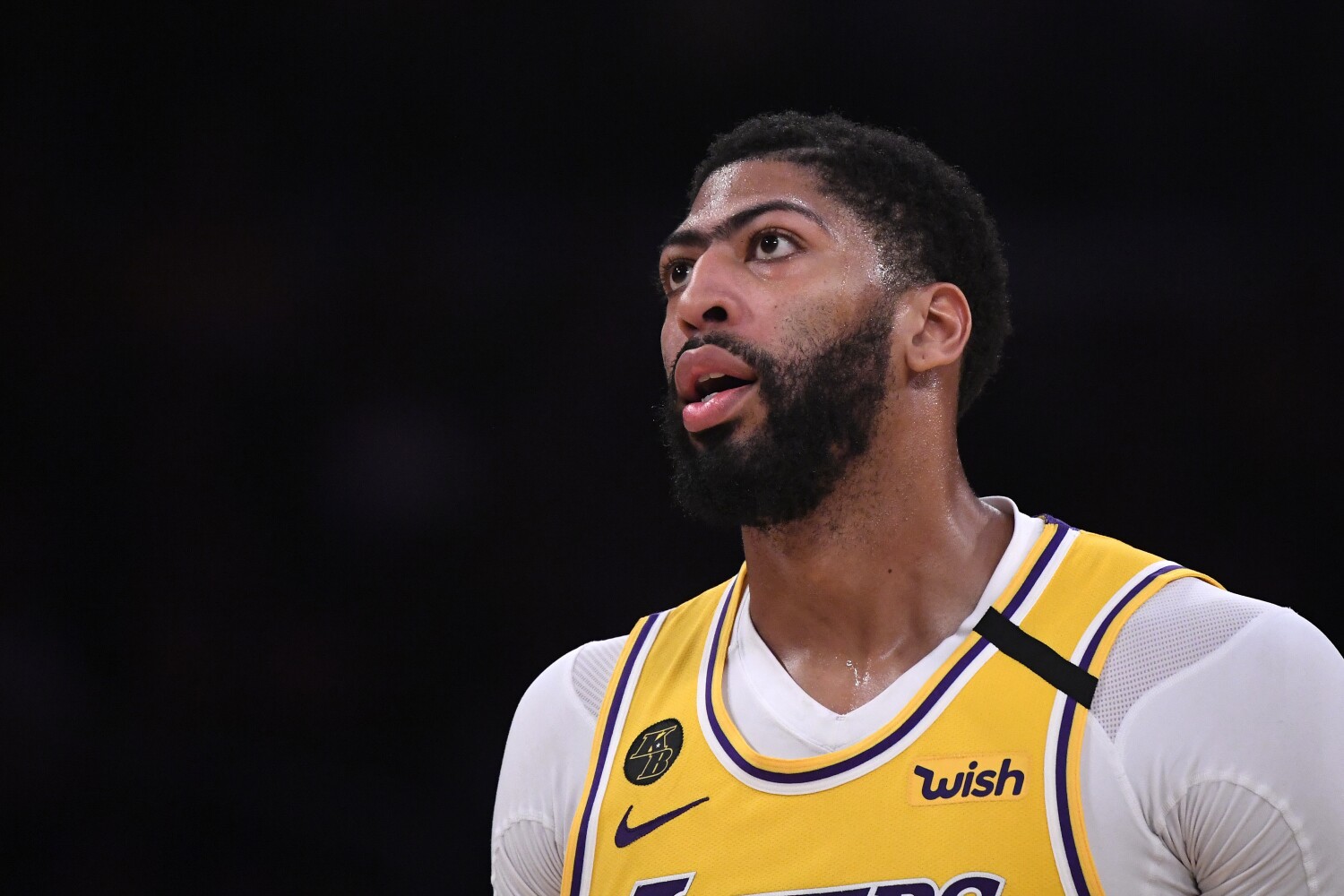 It wasn’t especially bright in the room, but Davis had to protect his eyes. Having been poked in the eye during a scrimmage on Saturday, Davis was still experiencing discomfort from the injury. Lakers coach Frank Vogel said that it’s possible Davis won’t play in the team’s bubble opener on Thursday against the Clippers.

“We’re hopeful that he does and we’ll see how that plays out,” Vogel said. “He’s going to continue to be evaluated each day.”

Anthony Davis didn’t practice today. He’s still dealing with his eye injury from Saturday. Here he is near the end of practice. pic.twitter.com/eECYA4aK3L

Davis missed the Lakers’ scrimmage on Monday, but the Lakers hadn’t planned to play him that night. They entered that game intending on resting Davis and LeBron James.

They also were without Dwight Howard, who was experiencing soreness in a knee, and Kyle Kuzma, who had a slightly sprained ankle. Kuzma practiced on Tuesday while Howard was held out of the contact portions of practice.

Vogel wanted to make sure the players who did not play in Monday’s game were able to get in enough work so they would be ready for Thursday. Vogel said he plans to have more live action in practice on Wednesday.

What challenges will the NFL face amid coronavirus outbreak?

Chadwick senior Izzy Taulli reflects on her own last dance