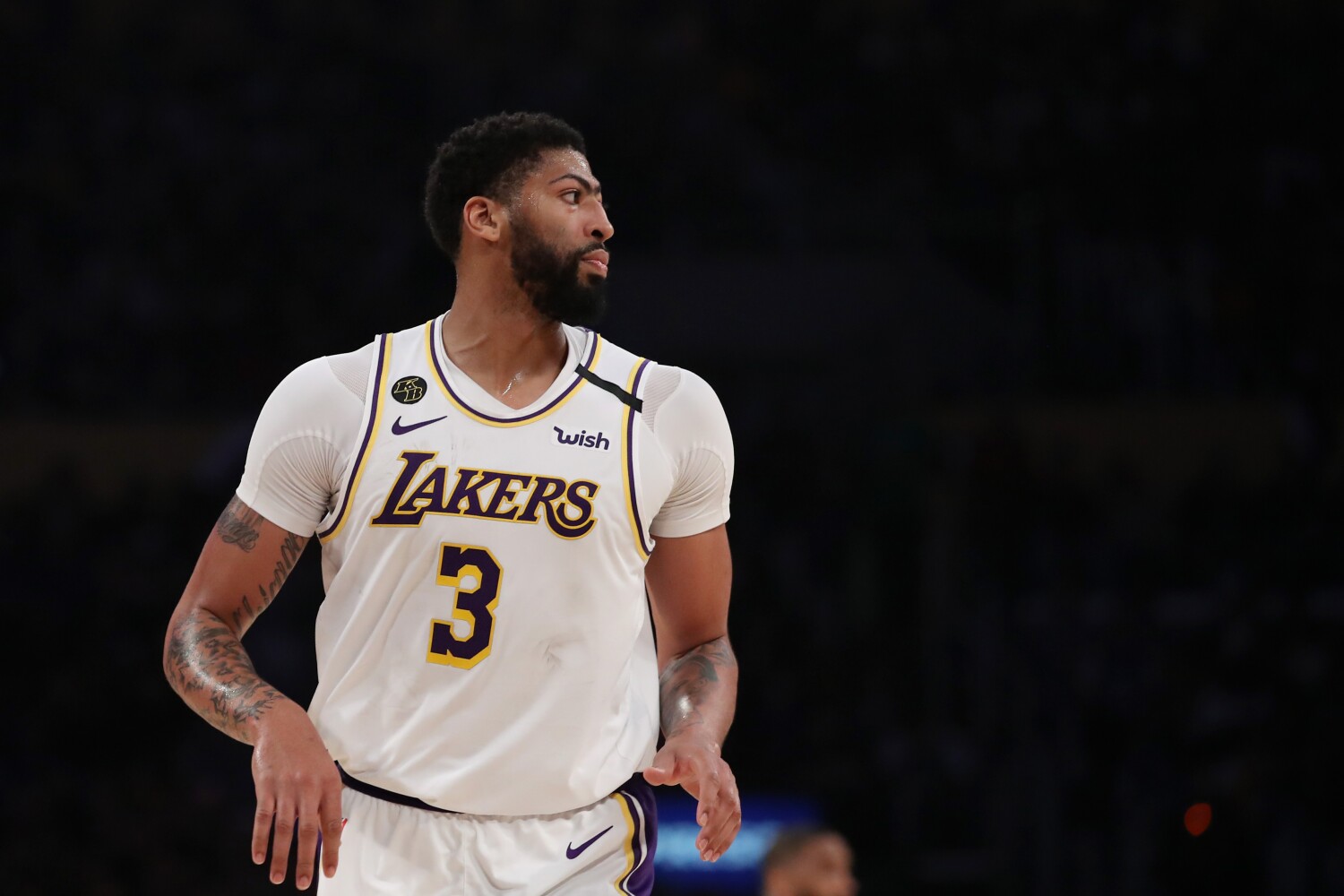 The “plan,” Lakers forward Anthony Davis told the media during a video conference call Wednesday, is to play against the Clippers when they meet Thursday night in the NBA’s restart to its season.

There was concern about Davis because had been poked in the eye by Orlando guard Michael Carter-Williams during Saturday’s scrimmage at the ESPN Wide World of Sports Complex in Orlando, Fla. Davis didn’t play in the final scrimmage against the Washington Wizards on Monday and didn’t practice Tuesday because of discomfort in the eye.

Davis was able to practice Wednesday, saying he is “way better than when I initially got hit in the eye.”

Davis said things were “moving in the right direction” for him to play against the Clippers, which will be the first night of regular-season NBA games in more than four months after the COVID-19 pandemic halted play.

“That’s the plan,” Davis said of playing. “I get it evaluated again tonight by one of the doctors here and just kind of get an update from them. So, that’s the plan for me to play.”

Davis said he was able to complete Wednesday’s entire practice without any setbacks.

He did wear protective glasses during practice, but is not sure if he’ll wear them in the game.

“I went through the entire practice. I did everything, there’s nothing I couldn’t do,” he said. Light sensitivity in the eye was still an issue, he said, but “today it’s way better. That was the biggest thing for me. But they told me it’ll only heal over time.”

He wore the glasses “as a precautionary thing in practice today. And if I need them tomorrow, then I will wear them as well.”

Davis also said the Lakers discussed a “couple of ideas” about what they want to do before the game against the Clippers in regard to social justice issues.

Kneeling before the national anthem is something the Lakers and many other teams in the NBA bubble have discussed.

“The Lakers organization have a couple of things that we want to do and taking a knee is one of them,” Davis said. “But we haven’t decided. We kind of threw some ideas out there today in film sessions and we’re going to come together as an organization and figure out what we decide to do. We’re going to get back into a meeting room and discuss what a final decision is.”

What has been decided by the Lakers — and other NBA teams — is to keep seeking justice for Breonna Taylor, a 26-year-old emergency medical technician who was killed by police during a drug raid in her home in Louisville, Ky.. No drugs were found.

“We want to let the world know we haven’t forgotten Breonna Taylor,” Danny Green said during his session with reporters. “We also want [people] to know how important it is to get out and vote, not just the big voting in November, but the local voting is very important.

“So we want to urge everyone in our communities, everyone in office to get out and vote. It’s very important. Once again, we have not forgotten Breonna Taylor.”

To the family of UCLA’s John Wooden, ‘Papa’ will always resonate