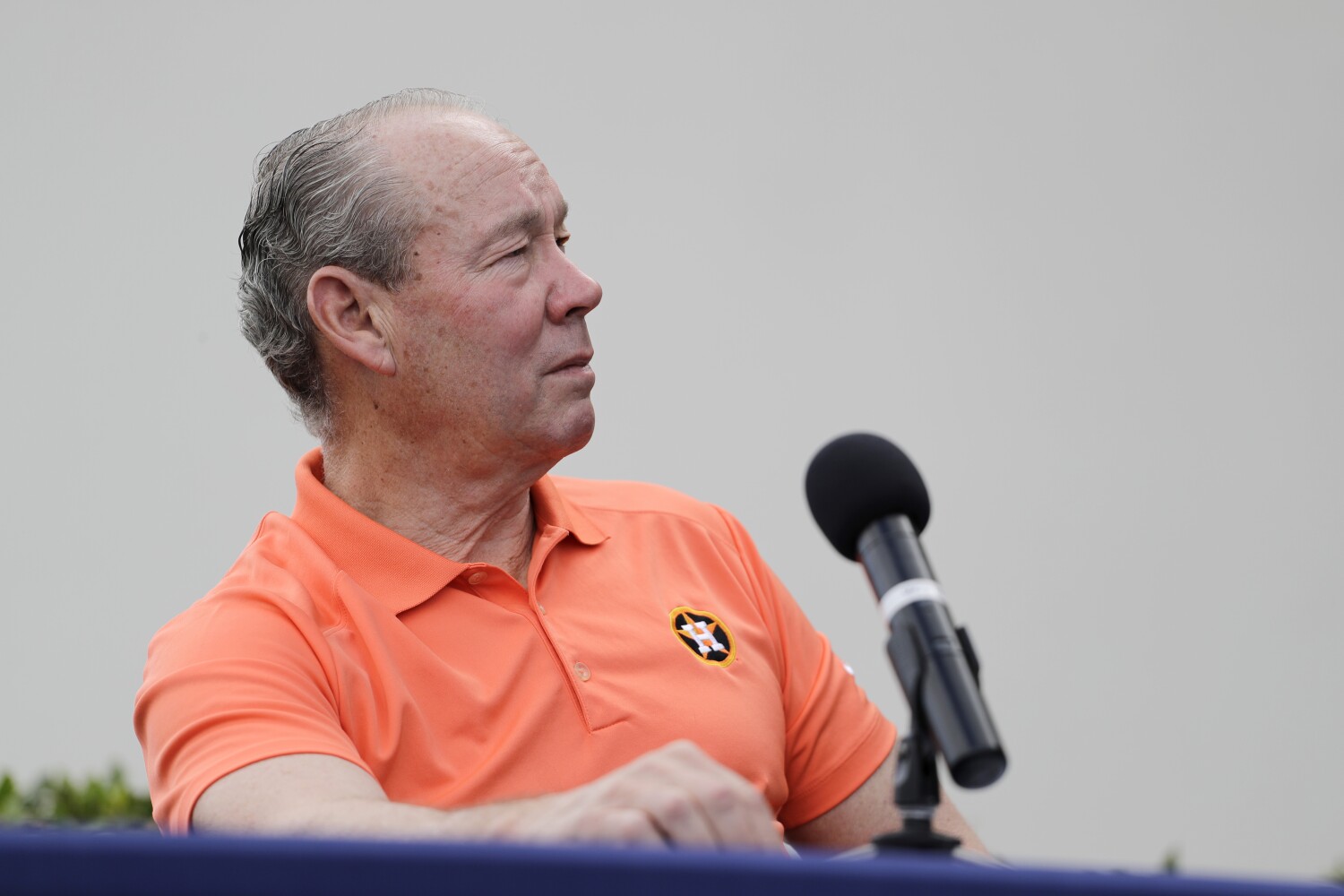 The pitcher suing the Houston Astros for allegedly ruining his career has a few questions for Jim Crane, the team’s owner, about the Astros’ sign-stealing scandal. Should Crane be required to answer them?

No, say the lawyers representing Crane and the Astros.

In March, the Astros asked a Los Angeles Superior Court judge to throw out Mike Bolsinger’s lawsuit or, at least, to move the case to Texas. In the interim, with most court hearings on hold because of the coronavirus pandemic, Bolsinger’s attorney asked to take the deposition of Crane.

They also cited the report of commissioner Rob Manfred, who wrote that the league’s investigation “revealed absolutely no evidence that Jim Crane, the owner of the Astros, was aware of any of the conduct described in this report.” The Astros’ manager and general manager each were suspended for one season by Manfred, and subsequently fired by Crane. The team was fined $5 million.

“I don’t think I should be held accountable,” Crane said in a news conference on Feb. 13.

Bolsinger had sued the Astros three days earlier, claiming the poor performance that ultimately marked his final major league appearance was tainted because it came in Houston, at a time the Astros have been found to be cheating.

He faced eight batters, seven of whom reached base. He threw 29 pitches — with 12, according to the suit, preceded by the bangs on a trash can that have since been revealed to be the sounds used to alert Astros batters that an offspeed pitch was coming. The journeyman pitcher has not found a major or minor league job since then.

This day in sports: Sports Illustrated debuts in 1954