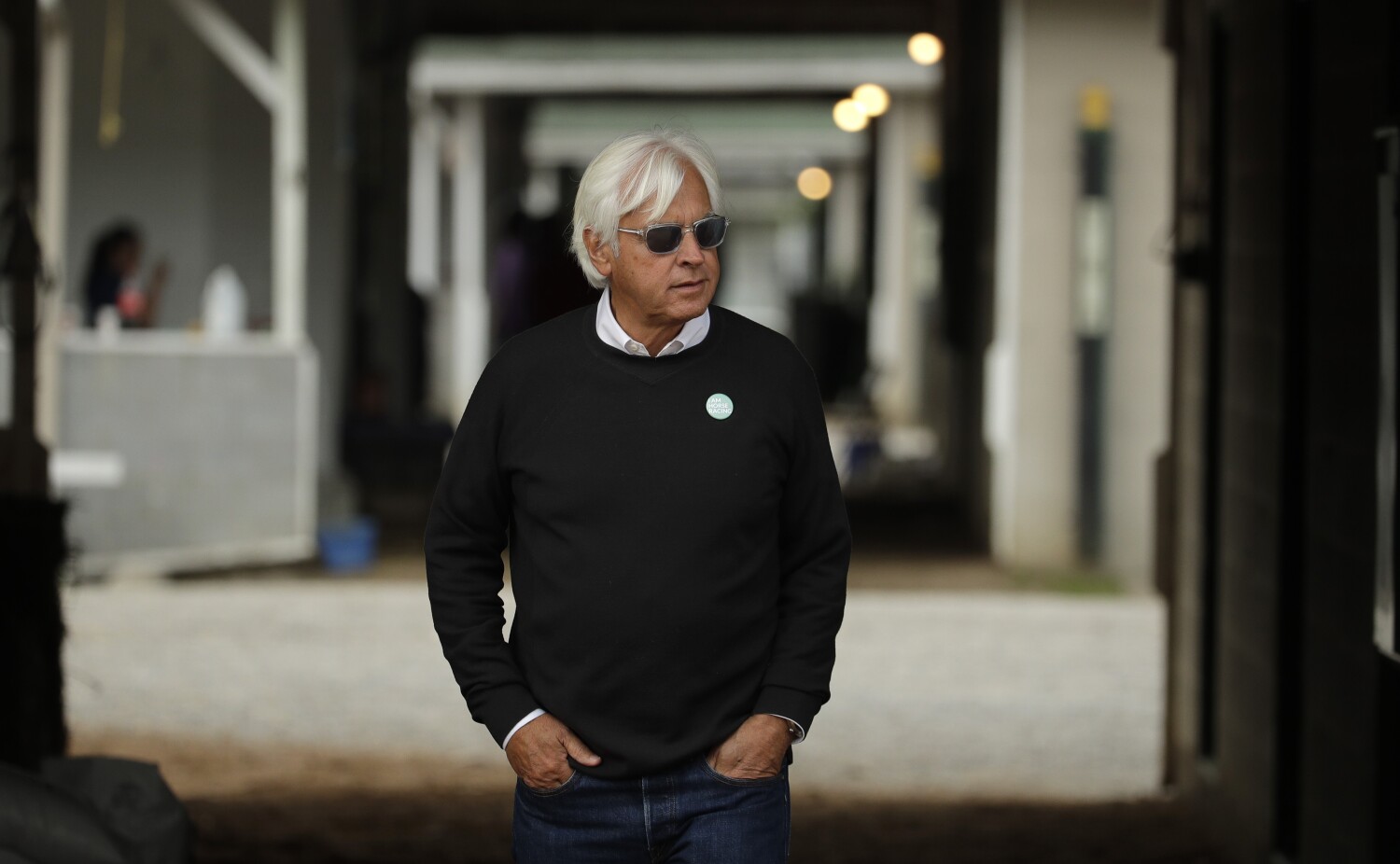 So it should not have come as a shock when the race yielded a surprise winner in Bob Baffert’s Thousand Words, who upset heavily favored Honor A.P. to win 50 Kentucky Derby qualifying points, which added to the 33 he‘d already accumulated, and makes him certain to be eligible to run Sept. 5.

Thousand Words, more lightly considered than Baffert’s other horse in the race, Cezanne, a $3.65-million purchase, went to the front and never relinquished the lead in the 1-1/16-mile race. The winning margin was three-quarters of a length. Honor A.P. ran an uneven race, being well-placed on the backstretch, retreating slightly entering the stretch, then rallying late to show that the 1¼-mile distance of the Kentucky Derby should be no problem.

“This horse has been working really well here,” Baffert told TVG after the race. “He really likes this track. I told [jockey Abel Cedillo] to jump him away from there. I thought he and Cezanne would be one-two. … Thousand Words is coming the right way. I could tell a big difference between this and the Los Alamitos race [on July 4]. The real Thousand Words showed up [Saturday].”

Thousand Words finished second to Uncle Chuck in the Los Alamitos Derby and hadn’t won a race since the Robert Lewis at Santa Anita on Feb. 1.

Meanwhile, Cezanne’s Kentucky Derby hopes may be over.

“I was surprised Cezanne flattened out at the top of the stretch headed for home,” Baffert said. “ I was really disappointed in Cezanne. When he came back, he was really tired. … He’s not quite ready.”

Thousand Words paid $20.40 and $3.40. Honor A.P. was second followed by Kiss Today Goodbye and Cezanne. There was no show betting with only four horses in the race. Uncle Chuck and Anneau d’Or scratched earlier in the day. Baffert, who also trains Uncle Chuck, is going to run the 3-year-old colt next week in the Travers’ Stakes at Saratoga in New York against Derby favorite Tiz The Law, winner of the Belmont Stakes.

Minutes after the Shared Belief, Baffert won another big race Saturday, the Grade 1 $750,000 Whitney Stakes at Saratoga, with Improbable. His chances improved greatly when the favored Tom d’Etat stumbled badly at the start. The race is for older horses ineligible for the Kentucky Derby.

Pac-12 football teams, minus USC and UCLA, return to campus