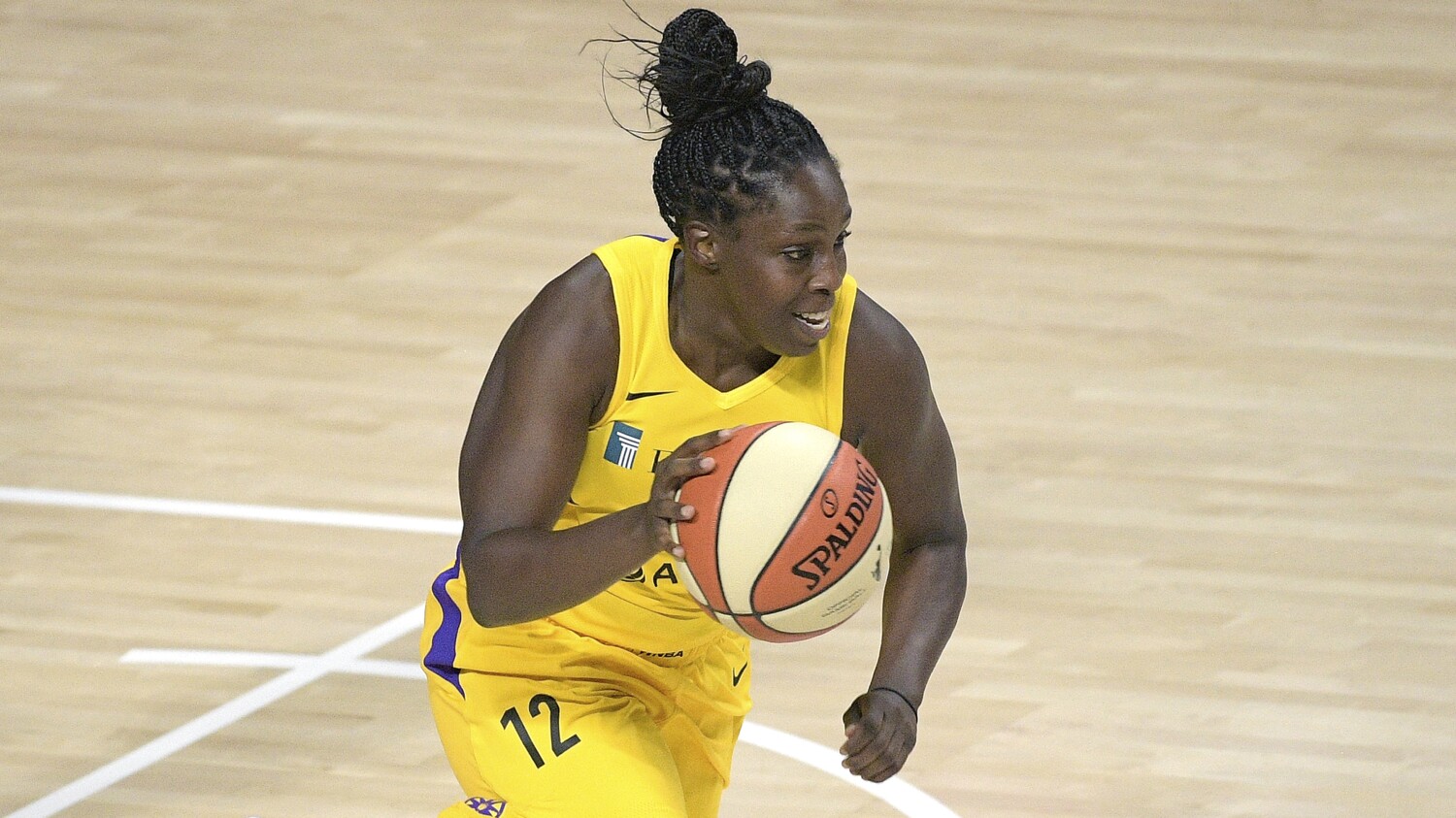 Chelsea Gray thought she had her pregame meal routine down. She spent years following Alana Beard around before games observing what the two-time defensive player of the year ate to properly prepare. But something went wrong Tuesday before the Sparks tipped off against the Chicago Sky. Gray’s food left her feeling “drained.”

It showed in the Sparks’ 96-78 drubbing when Gray had a team-worst rating of minus-34 with 10 points and seven assists.

“It was a lot of different spices going on,” Gray said two days later after she scored 15 points with six assists and three steals in an 81-76 win over the Connecticut Sun. “This time, I just cooked and made sure I was eating the right thing.”

As they embark on a tight and demanding schedule, the smallest details come into focus for the Sparks. Saturday’s game against the Seattle Storm, the unanimous choice for the top team in the league in the Associated Press preseason WNBA poll, will be the Sparks’ fourth game in eight days.

After a 10 p.m. local tip, players were eager to get out of postgame news conferences early Friday morning to steal any extra hours of rest possible before Saturday’s 8 p.m. EDT tipoff. Thursday’s game ended past midnight in Florida, and Candace Parker, after 10 points, 11 rebounds, three assists, three blocks and two steals, was speaking to reporters after 1 a.m. She had 43 hours, and counting, to prepare for her next game.

The 34-year-old forward who missed 12 games last season because of hamstring and ankle injuries said her room in Bradenton, Fla., essentially doubles as a treatment room. Any advanced treatment gadget that can help with recovery, she has it. She is waiting for one upgraded basic to arrive: a new mattress.

Parker arranged for a different mattress to be shipped to Florida when the one provided didn’t quite suit her back. She hadn’t received it as of Thursday night, but she thought it was at least already on the IMG Academy campus. Deliveries have to sit for two days as a precaution against coronavirus spread.

“I cannot wait,” Parker said, elongating the words for emphasis.

The Sparks (2-1) have looked sleepy to start each of their last two games. They didn’t overcome Chicago’s flurry, but battled back Thursday, led by Seimone Augustus. The 15-year veteran scored nine of her 15 points in the third quarter, helping the Sparks turn a five-point deficit with five minutes left into a six-point advantage at the end of the quarter.

“This is sports and at some point, you just gotta compete and just leave it all out there,” head coach Derek Fisher said. “Sometimes with our team, because of how smart we are, how high our IQ is, we think a little bit more than we compete and Seimone just went out there and just started competing.”

During a 22-game regular season, embracing that competitive attitude early is critical for an unpredictable playoff race.

“When we’re in Game 19, 20, it’s not going to be a lot of games that separate people from different spots when you’re jockeying for spots [in the] playoffs,” Parker said. “These are games that we definitely have to win and we can’t get off to slow starts.”

The Sparks overcame herculean efforts from the Sun’s DeWanna Bonner (34 points, 14 rebounds) and Alyssa Thomas (10 points, 18 rebounds, eight assists) with balanced scoring and bench depth. Along with Parker, Augustus and Gray, Nneka Ogwumike also scored in double figures with 10 points. Rookie guard Te’a Cooper had eight points and two assists while providing a spark on defense by picking up Sun guard Jasmine Thomas near half court.

Fisher called the victory a “character win.” With a cramped schedule and tough competition, character might count for more than talent in the WNBA bubble.

“We’re a talented team, and as we get in better condition and better rhythm, I think our game will start to look better,” Fisher said, “but right now, we just gotta scrap and claw and squeeze out every win we can.”

Looking back at the Lakers' 2010 NBA championship victory