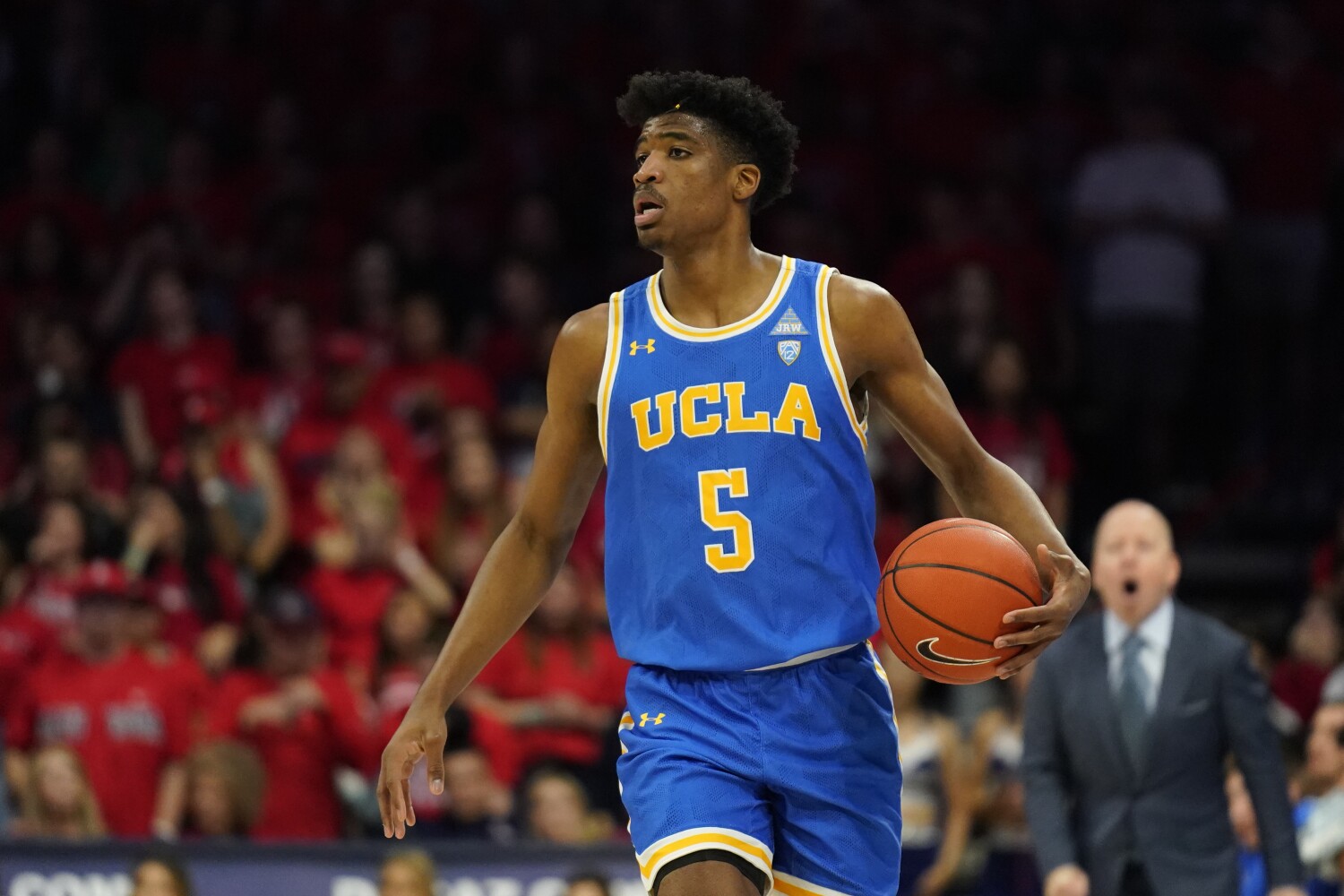 The Pac-12 Conference’s most improved player could become its most valuable.

Chris Smith is returning to UCLA for his senior season, putting off the NBA for one more chance to continue his dramatic upward college trajectory. Sean Smith, Chris’ father, made the announcement Monday.

“Chris is returning to school due to too much uncertainty on both sides of the coin,” said Sean Smith, alluding to the COVID-19 pandemic that led to the cancellation of workouts for NBA prospects and a delayed draft. “He’ll finish his degree and work to improve in the areas he needs to improve on.”

Chris Smith’s return means that the core of a team that won 11 of its last 14 games during coach Mick Cronin’s debut season at UCLA will come back intact for the 2020-21 season. The Bruins will also add freshman Jaylen Clark and Kentucky transfer Johnny Juzang, putting them in position to be considered among the frontrunners in the Pac-12. Juzang was granted a waiver giving him immediate eligibility.

Smith was UCLA’s leading scorer and a first-team All-Pac-12 selection last season, averaging 13.1 points and 5.4 rebounds per game. But he was projected as a borderline second-round pick in the NBA draft and withdrew his name from the pool of early entrants after the draft was pushed back from June to October because of the COVID-19 pandemic.

The uncertainty surrounding Smith’s draft stock and his inability to significantly enhance it were compelling reasons for a return to college. NBA teams had been barred from conducting in-person workouts or interviews with prospects in recent months because of the novel coronavirus, resulting in little movement among previous draft projections.

Smith intrigued NBA scouts as an athletic 6-foot-9 guard with considerable upside and as someone who just turned 20 in December.

His stock soared with a 30-point outburst against Colorado in late January before questions about consistency reemerged when he was held to single digits in scoring in four of his next eight games. He also could be sloppy with his ballhandling and prone to committing turnovers in bunches, including six during the Bruins’ season-ending loss to USC.

But his return will make him the presumptive go-to scorer on a team that will bring back all five starters and should be able to avoid the early season doldrums that left UCLA with a 7-6 record last season after the end of nonconference play. If things work out, Smith will improve his draft stock and maybe add another Pac-12 award to a growing collection of conference hardware.