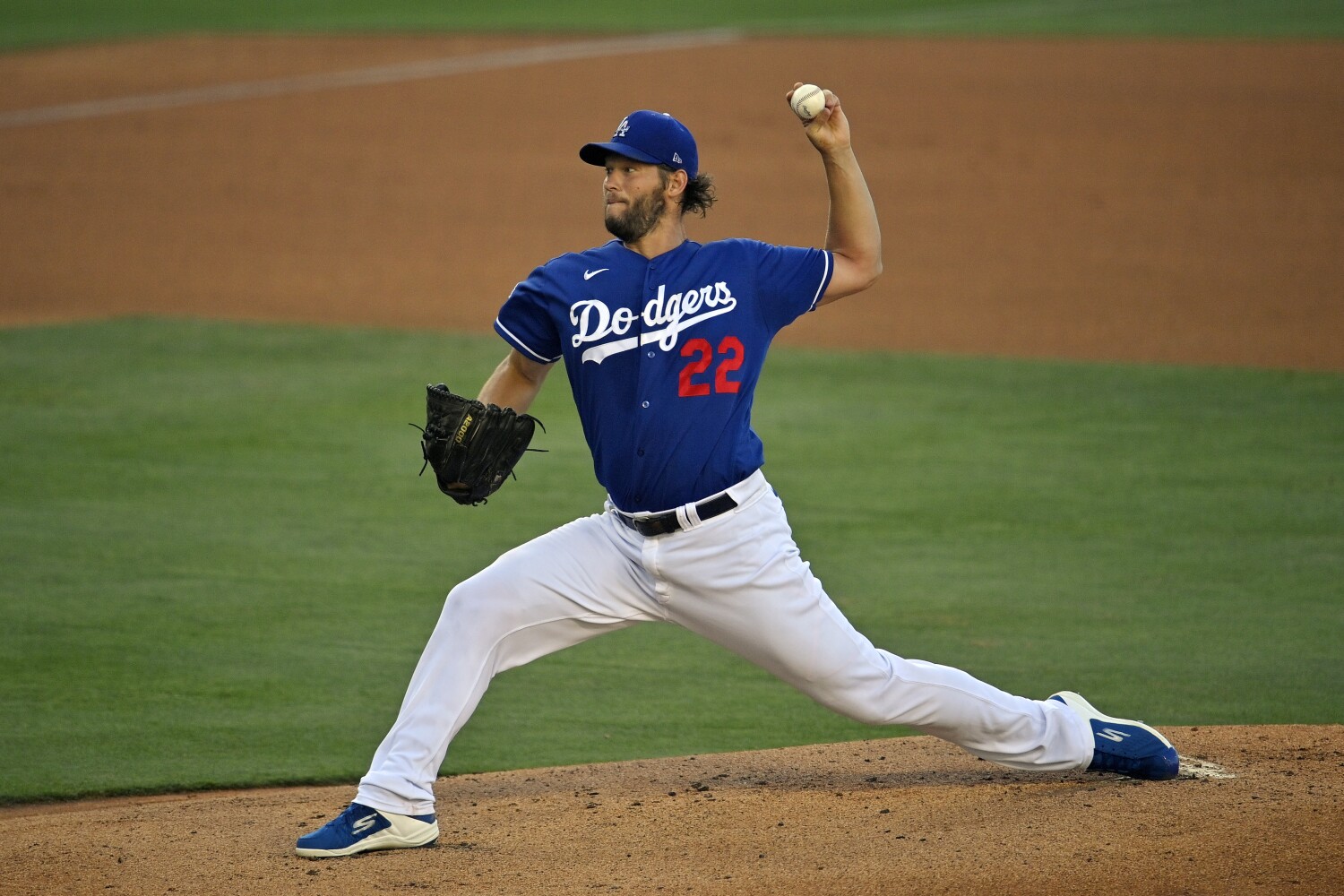 The Dodgers placed Clayton Kershaw, their opening day starter, on the injured list with back stiffness Thursday hours before taking the field to begin their season against the San Francisco Giants.

In his place, right-hander Dustin May was recalled and will start Thursday. He’ll become the first rookie to make an opening day start for the Dodgers since Fernando Valenzuela in 1981. Valenzuela was in a similar spot: He replaced the injured Jerry Reuss. Valenzuela, then 20, threw a shutout in his first career start. He went on to win the NL Cy Young and Rookie of the Year awards.

Kershaw was scheduled to make his franchise-record ninth opening day start. The plan was derailed when he hurt his back in the weight room Tuesday. Kershaw underwent treatment Wednesday and showed improvement but regressed Thursday.

Dodgers manager Dave Roberts said Kershaw went to Dodger Stadium on Thursday for treatment before the club decided to place him on the injured list.

“Just to make sure we err on the side of caution didn’t feel that it was prudent to start him,” Roberts said. “So we let Dustin May know [Wednesday] that this was a possibility and so this is the way it’s played out.”

Kershaw avoided a back injury last season but he began the season on the injured list with left shoulder inflammation. This is the second straight year he was named the opening day starter before the Dodgers had to find a replacement.

“I think the disappointment for me is for Clayton because he’s as prepared a player as I’ve ever been around,” Roberts said. “And starting an opening day means a lot for him. So for him to not get to experience it for the ninth time, I think, I just feel for him.”

Hyun-Jin Ryu was Kershaw’s replacement last season. This year, it’s May, the organization’s top pitching prospect, because he was the best option with the required rest to make a full start available. The 22-year right-hander was scheduled to pitch in a simulated game Wednesday but the Dodgers scratched the plans knowing he could be needed Thursday.

May made his major league debut last August. Thursday will be his fifth career start and 15th overall appearance. Last season, he posted a 3.63 earned-run average with 32 strikeouts in 34 2/3 innings.

He will likely stay in the rotation to start Wednesday against the Houston Astros because Kershaw isn’t eligible to return until next Friday.