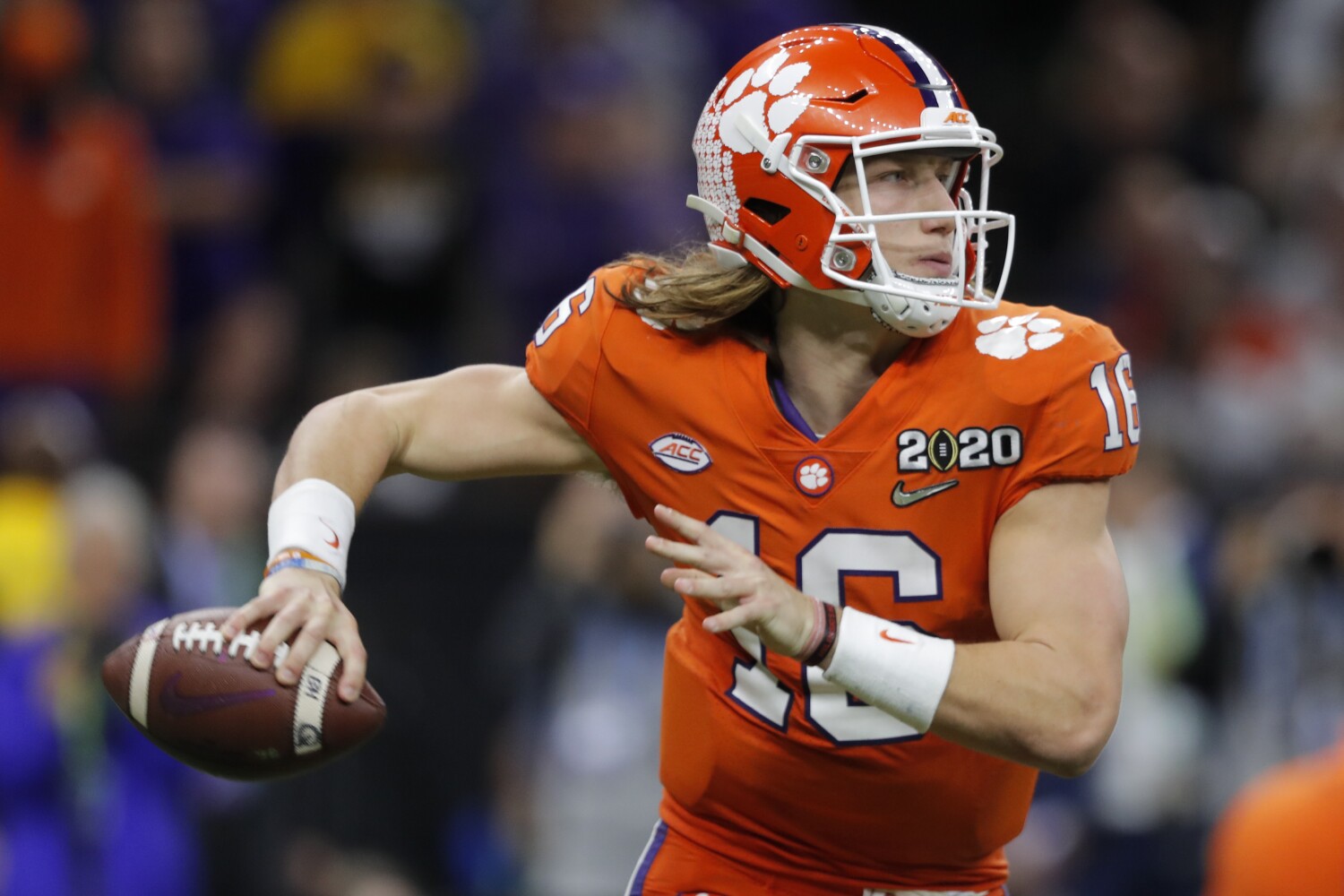 Looks like Trevor Lawrence is going to win one more national title with Clemson before presumably heading off to the NFL.

At least that’s what the majority of college football coaches seem to think. For the second year in a row, the Tigers landed atop the preseason USA Today coaches’ poll, with 38 of the 65 voters selecting Clemson at No. 1.

Lawrence and the Tigers were coming off a national title last summer when they topped the preseason ranking for the first time. This year, they are looking to rebound after a 42-25 loss to quarterback Joe Burrow and Louisiana State in the College Football Playoff national championship game in January.

Burrow is now with the Cincinnati Bengals after being selected No. 1 overall in the NFL draft.

Ohio State represents the Big Ten at No. 2, followed by three teams from Southeastern Conference — Alabama, Georgia and LSU.

USC starts the season in the top 25 for the first time since 2018. Following a breakout season from quarterback Kedon Slovis last year, the Trojans come in at No. 17. Two other Pac-12 Conference teams made the cut — Oregon at No. 9 and Utah at No. 20.

With the first coaches’ poll of 2020 in the books, it remains to be seen if and when we get another one. College football is proceeding as if a season is imminent, with fall camps scheduled to open in coming weeks, but the coronavirus crisis could end up foiling any such plans.

L.A. not chosen as NHL hub city for revamped playoffs

Norco’s Taylor Shorter has improved by leaps and bounds