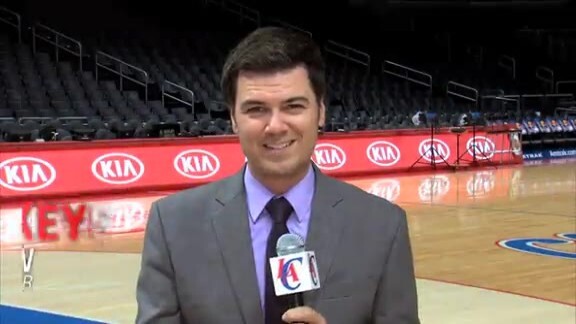 With the NBA season on hiatus the last four months because of the coronavirus outbreak, the Clippers’ local broadcast partner has re-aired games from as far back as 1975, when the franchise was still the Buffalo Braves, to as recent as earlier this season.

For the first time since March, live basketball will return Wednesday to Prime Ticket when the Clippers play Orlando in the first of the team’s three scrimmages leading up to the NBA restart in Orlando, Fla.

The matchups against Washington and Sacramento will air on delay on Fox Sports San Diego, the network announced.

The scrimmages will be followed by eight seeding games, the first seven of which will be carried by national networks, starting with a July 30 matchup against the Lakers on TNT.

All eight seeding games will be simultaneously broadcast by Prime Ticket, and carry the look and feel of a typical Clippers broadcast, including pregame and postgame shows.

Sieman, Billups and Pink will call those games from the television network’s downtown studios, as well, and Eagle will continue calling the games live on 570 AM.

Shohei Ohtani is facing the greatest challenge of his career

Finally, people are beginning to notice WNBA and the Sparks