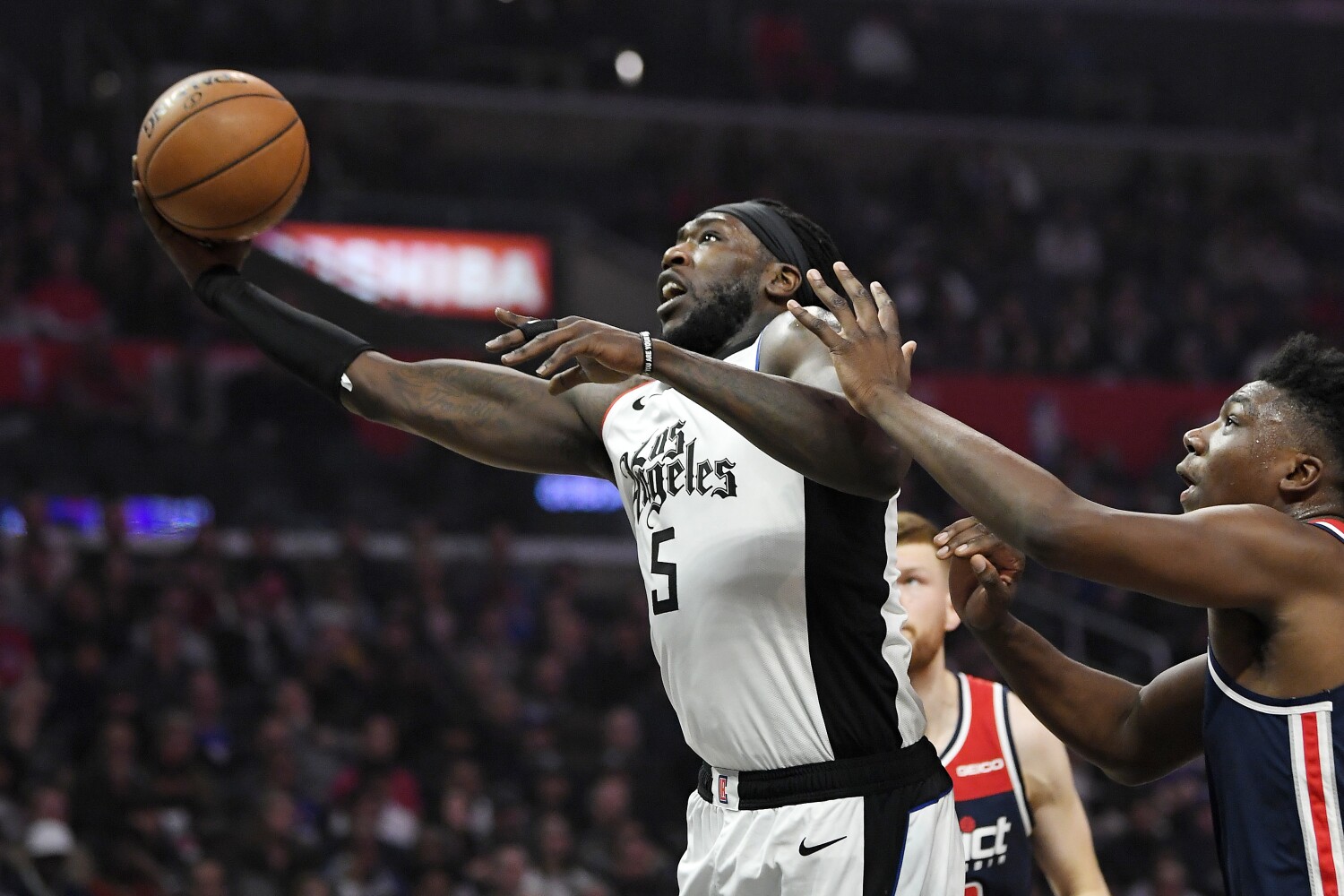 Ever since Clippers center Montrezl Harrell left the NBA’s Disney World campus to be close to an ailing grandmother two weeks ago, coach Doc Rivers keeps fielding the same question: When is Harrell, a leading candidate for the league’s top reserve, coming back?

For two weeks, Rivers’ standard response has highlighted both the uncertainty surrounding the timing of Harrell’s return and the team’s approach when he does.

“My answer’s been the same: When he’s ready,” Rivers said Saturday, before the Clippers’ 126-103 victory against New Orleans in the second of the team’s eight seeding games. “When he’s ready he’ll come back. You can’t play if you’re not right mentally and because of the emotional part of it.

“His grandmother is very tight with him so all I told him is I love him and take your time. We’ll be ready with open arms when you come.”

Harrell, who posted on social media last week that his grandmother had died, is one of several Clippers whose preparation for the league’s restart has been interrupted by mourning.

Starting guard Patrick Beverley departed the league’s bubble July 21 after the unexpected death of a close friend. Guard Lou Williams left July 23 to attend the funeral of a family friend in Atlanta. Reserve JaMychal Green’s arrival was delayed by five days following the death of his grandmother.

“The league has always run the league and now they’re trying to run teams as well because of the way they’re doing the bubble,” Rivers said. “And the bubble has been fantastic, but they’re also learning that there’s a lot of life that’s involved with each individual team. I think the media is learning that, too, because we’re all in the same place, so it’s accented when a guy leaves the bubble or when he has personal problems. That happens.

“We were just unfortunate that it happened to three guys at the same time. There’s nothing you can do about that. You just roll with it and when they come back, they come back and you hope you’re ready.”

Beverley returned to campus in time to play in the Clippers’ first two seeding games, while Williams continues to wait out a quarantine extended by six days following his much-publicized visit to an Atlanta strip club. Only Harrell has yet to return, and he’s documented his time away on social media, giving his 311,000 Instagram followers a raw window into his emotional state.

In a message Friday titled “I LOVE YOU GRANDMA,” Harrell wrote: “I don’t know how to feel right now I feel lost empty you are my queen, my best friend, my light in all darkness. I never had you leaving my side.”

“… I don’t know how I’m do it but I got to find some way but losing you today isn’t going to make any day I wake up easy.”

He wrote, “Wish I was waking up from a bad dream” Saturday morning before posting another message that was later deleted: “It don’t feel the same don’t know if I want to be here anymore.”

Later that night, hours after his teammates routed the Pelicans behind a franchise-record 25 three-pointers, Harrell said he had been unable to sleep for two days.

“Trez is still with us, family over everything,” Clippers guard Reggie Jackson said. “We want to watch over him, we continue to send our prayers out to him. We all know what our jobs are when we’re here, but basketball is just a game.”

The grief felt by Harrell, Beverley, Williams and Green in recent weeks has cast a renewed spotlight on how the league and its teams have addressed mental health concerns at a time when the potential of months of isolation — family members are not permitted to arrive until after the first round of the postseason, in late August — is only one of several stressors.

Those living in the bubble also are navigating the uncertainty of the COVID-19 pandemic and the calls against racial injustice that have rippled throughout the country since George Floyd’s death in police custody in May.

“I think mental health is the biggest thing a lot of us players think of first, right, because although a lot of us always look like we’re all together or that we’re fine, which most people do, that’s not always the case,” Oklahoma City guard Chris Paul said in June.

Clinical services from an on-site mental health professional are available at Disney World and consultations by phone and video are also offered. The NBA’s Campus app provides mental health resources, including access to an on-site clinician, around the clock. The NBA has encouraged self-care through activities such as yoga, meditation and excursions with teammates, including golf and boating. The players association is also providing on- and off-site wellness resources for players who wish to talk confidentially.

The offerings are an extension of the NBA’s Mind Health program that launched in 2018 as a proactive measure. Before this season, the league installed new requirements that included that teams retain at least one licensed mental health professional and establish a written action plan for mental health emergencies.

Rivers said he has encouraged players and coaches to take advantage of the mental health resources, calling them “the untapped resource in our league.”

“I don’t know why it’s always been taboo, but it has been and we have to do a better job of making it like a sprained ankle where you get treatment just like you do if you injured your knee or something like that,” he said. “I mean, we had three major things happening to our guys and my job then is just forget the coaching part, just to support. We have several therapists on staff, the league has a therapist here full-time and we should all seek it out. It shouldn’t be something that we resist.”

Anger between MLB owners and players could jeopardize season