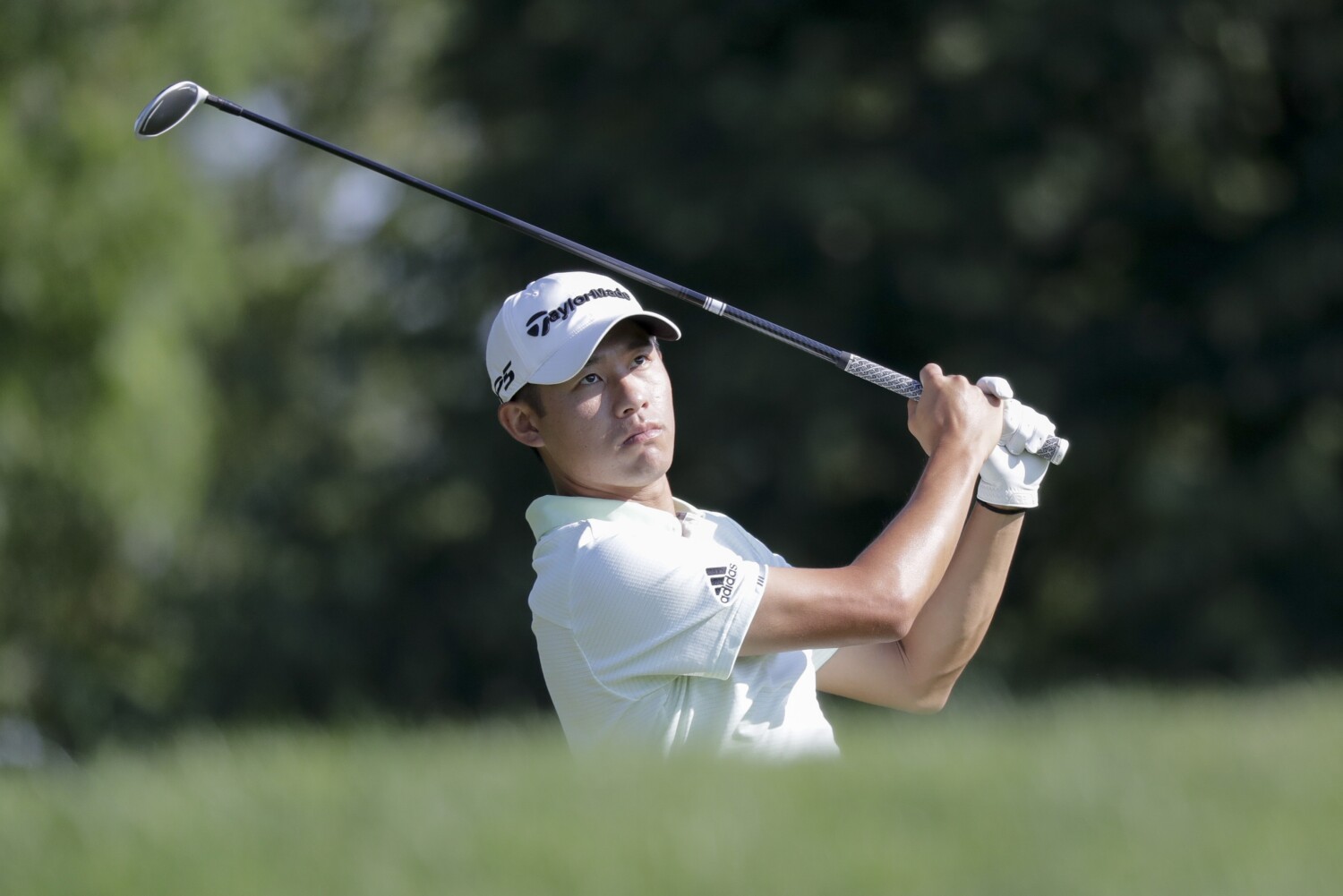 It’s been astraight-forward path for Collin Morikawa, from college standout at California and the game’s No. 1-ranked amateur to the rarefied air of golf’s elite players.

Morikawa, 23, made the cut in his first 22 PGA Tour events — the most since Tiger Woods strung together 25 — and won the Workday Charity Open in July by edging 2017 PGA Championship winner Justin Thomas in a playoff at Muirfield Village.

Less linear was Morikawa‘s approach to the game as a kid growing up in La Cañada Flintridge, when he turned his home course, the par-67 Chevy Chase Country Club in Glendale, into a tricked-up funhouse that was anything but Point A to Point B. He had to make up his own challenges on a course where the longest hole is a par five at 433 yards.

“They gave me a cart and I was able to go around, hit whatever balls, drop 10 balls off a tee, play other holes, make my own holes,” the world’s No. 12 player said Wednesday during a break from preparations for the PGA Championship at Harding Park. “It just got me creative, and that’s how I’ve always played golf.”

Creativity and resourcefulness could be the key this week for the first major golf championship in 13 months, one that will be played without spectators in the chilly mist of this cypress-lined course. The rough is thick, the ball doesn’t fly as far in the damp air, and the lies are unpredictable.

“It tests sort of all aspects of the game,” Rory McIlroy, No. 3 in world rankings, said of Harding Park. “You’ve got to drive it well. You’ve got to be able to hit it both ways. There’s some tee shots that are a little bit right-to-left, a little bit left-to-right. You still just need to do enough with the ball. You need to be able to shape the ball a little bit around here. It’s a big golf course, but it’s not wide open as such.”

Morikawa, a four-time All-American in college and Pac-12 player of the year, knows these grounds well. He played his share of rounds here in college.

“It’s nice to be back in the area,” he said. “I didn’t think I missed in the Bay Area that much. I thought I was ready to get out. But coming back, flying in on Monday and kind of just knowing where to go, knowing what the course is going to be like, not having to figure out where the putting greens are, driving range, it just makes things a little easier, especially during a major championship week.”

Likewise, he has gotten increasingly comfortable on tour, having won twice, including the Barracuda Championship in 2019, and has $3,164,088 in earnings this year.

“I’ve gotten really comfortable out here,” he said. “I’ve gotten to know all these guys, the guys that I’ve been watching on TV for years now, and I think that makes it easier.”

Friends from La Cañada High remember Morikawa as even-keeled, unfailingly friendly, and generally unimpressed with himself.

“You don’t typically think of golfers as great athletes,” classmate Todd Murray said. “But with Collin, he was good at whatever he tried — basketball, soccer. He was just a natural.”

One of the perks of being a high school golf coach is you get to play behind your players as they make their way around the course. Much as he loved playing, former La Cañada coach Greg Venger preferred to walk with Morikawa and marvel at his mastery of the game.

“Honestly, I was just along for the ride,” Venger said. “Just knowing the kid and what he was going to be.”

Not surprisingly, Venger will be glued to the TV this week.

“My whole family will be watching Collin,” he said. “We’re all in with him.”

Thomas, No. 1 in the world rankings, has a special appreciation for the major, with a field that includes 20 club professionals. His grandfather, Paul Thomas, was a club pro at Zanesville (Ohio) Country Club and played in the 1960 and ’61 PGA Championships, and Justin’s father, Mike, is a PGA Master Professional who for years worked at Harmony Landing Country Club in Goshen, Ky.

“It’s a really great thing that the PGA does, having the club pros playing, and every year it seems like a couple of them play well, and it’s fun for them, too,” Thomas said. “They’re great players, and they do very well in what they play in, but it’s also cool for them to get to come out here and be like, ‘Wow, this is not just a PGA Tour event, this is a major championship.’ The PGA is historically the greatest and deepest field that we play, and for them to be a part of it, it’s cool.”