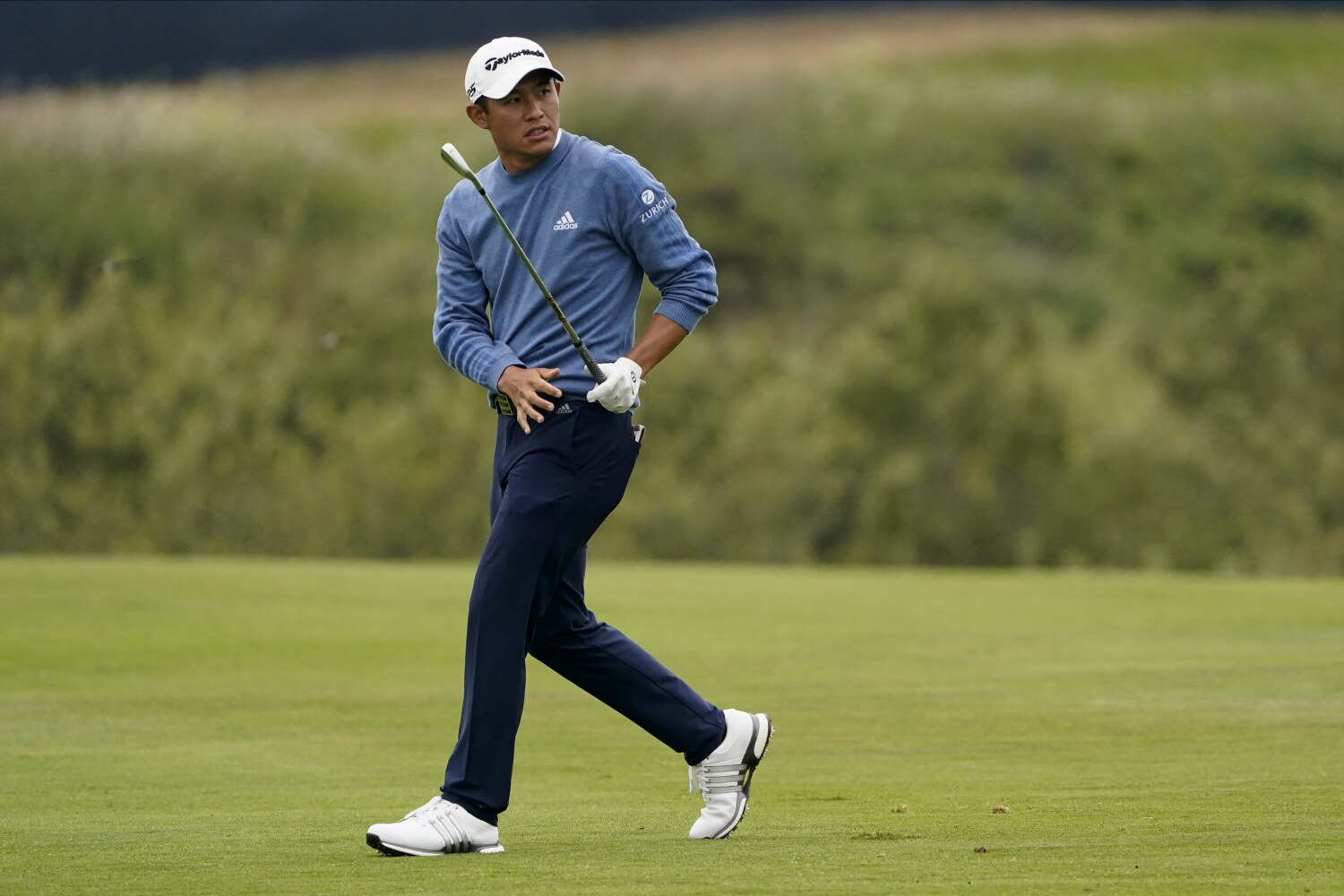 Collin Morikawa went to college just across the bay and has played his share of rounds at Harding Park, but he doesn’t credit that background with helping him Saturday in the PGA Championship.

“No, I wish it did,” the former La Cañada High and University of California standout said, smiling broadly. “But other than knowing how to get here off the freeway without my phone and not get a ticket by the police, no, it has not helped me at all.”

When it comes to his golf game, Morikawa’s GPS is impeccably calibrated. He shot a five-under-par 65 in the third round, including three birdies in the final four holes, to pull within striking range of his first major championship victory.

Morikawa, two strokes off the lead at seven under, wasn’t the only one scorching on a cool and overcast day. Dustin Johnson also shot a 65 to take the lead at nine under, making four birdies on the front and four more on the back. He was deadly accurate on the greens Saturday, one-putting 12 holes.

“I definitely have experience in this situation that definitely will help [Sunday],” said Johnson, who won the 2016 U.S. Open at Oakmont and has finished second at the other three majors. “I’ve been in the hunt a bunch of times in a major. I’ve got one major, so having that experience is definitely going to be beneficial.”

Rookie Scottie Scheffler and Cameron Champ are tied for second at eight under, followed by Morikawa, Paul Casey and two-time defending champion Brooks Koepka one shot back.

Third-round leader Haotong Li fell back on the back nine when he lost his drive in a tree on No. 12. He shot a 73 and is four back of Johnson.

Casey, whose best finish in a major was a tie for third in the 2010 British Open at St. Andrews, said he’s looking forward to competing with players around half his age.

“I’m 43, and playing against guys in their 20s, early 20s, barely in their 20s,” he said. “I relish that challenge. Love the way — these boards popped up, we have Morikawa and Champ and Scottie is up there.

“Watching guys like Morikawa, phenomenal talents, and I relish the opportunity to go up against them. They probably weren’t watching me growing up. They were watching Tiger or Phil or whoever their favorite player was, but they probably saw my name on leaderboards occasionally, so it’s nice I’m still hanging around out here with a chance to beat them.”

Scheffler, 24, who shot a 65 with eight birdies Saturday, was unflappable in the gusting winds. Part of that was his confidence on the greens.

“I felt like my swing was coming around last week in Memphis and my putter was just really cold,” he said, “so this week the putter has been heating up, so making some putts of distance, which frees you up from the fairway as well — knowing you can make 20-, 25-footers and you don’t have to be as aggressive going into the greens.”

Koepka, who finished his Saturday round with a pinpoint approach and a five-foot birdie putt on 18, has a chance to become the second player to win three PGA Championships in a row — and the first since Walter Hagen won four in the 1920s.

“I feel very comfortable around the lead in the big events,” Koepka said.

“Obviously we don’t have fans here, which I think plays a little bit — makes it a little different when they’re hooting and hollering, which it can be fun if they’re cheering for you, but if they’re against you it’s not so much fun. It’s going to feel completely different than any one we’ve ever played. I’m looking forward to it [Sunday]. It should be a fun shootout.”

“It’s easy to say that he’s got all the credentials, but he’s kind of proving it,” said Adam Scott, who played with him Saturday.

“He played the kind of round today that I woke up thinking I’d like to play. It was really incredibly solid. He was in complete control, really, of all parts of his game.”

For his part, Morikawa feels prepared to take that next step. He and Champ will tee off at 1:40 p.m. Sunday in the second-to-last group, just ahead of Johnson and Scheffler.

“It’s crazy to think back that it was only a year ago or a year, whatever, a few months that I was out here across the bridge in college,” Morikawa said. “But I felt ready. I think this is where I belong. … I’ve been more comfortable every single day I’m out here.”

NFL and coronavirus: Rams have had strange seasons before